MVRT finishes their robot building process and prepares for competition 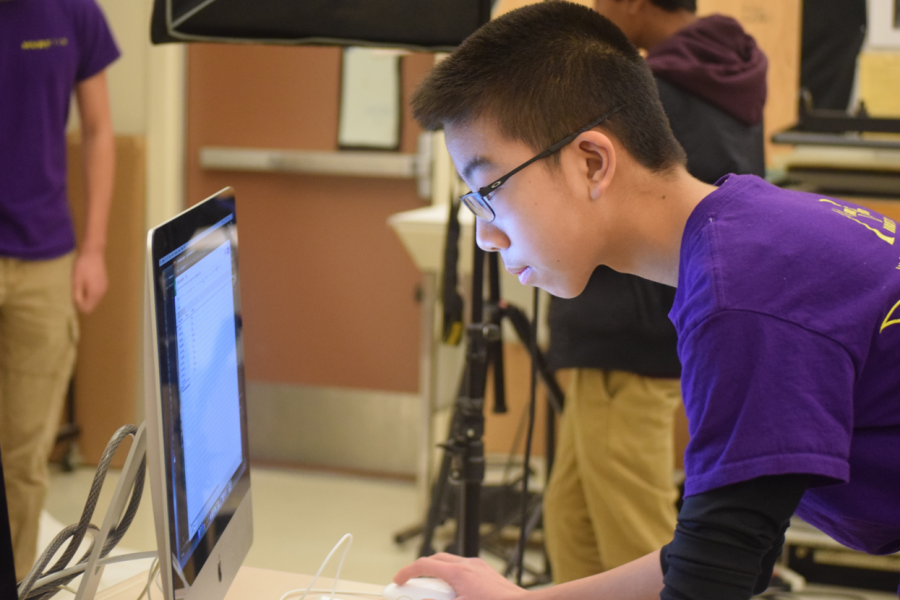 econd semester has begun, and while many students are still re-adjusting to their classes and workload, the members of the Monta Vista Robotics Team, or MVRT, are gathered together, working diligently towards having a successful kickoff to their competition season.

The kickoff started on Jan. 6 at 9:15 AM, with discovering what game they needed to tackle for the season, the game being the prompt or challenge that is assigned to each team for the season. According to vice president of the engineering team and senior Ninaad Sridharan, this is an annual tradition.

“Every year [for] kickoff, the robotics game is released in the morning,” Sridharan said. “The team, we all watch the game together, we analyze it and we basically decide what our robot’s going to do. The team works together to decide what is the best strategy […] to complete the challenge.”

Every year the challenge is different. According to Sridharan, this year’s game was for their robot to pick up milk

cartons and place them on tall steps.

For Sridharan and president senior Ishan Mitra, the kickoff symbolizes the start of the new season. With the team’s success of being a finalist in the previous year, they look forward to the coming season.

“Last season we ended really strongly so we had really high hopes for this season as well,” Sridharan said. “We were excited to see what the game is because it takes up a lot of our time [and] a lot of our members are really invested. It’s probably one of the most exciting days for kids who participate in robotics.”

Several weeks have passed since kickoff, and every member is working, actively completing their assigned tasks in order for their robot to be assembled. The first week after kickoff is one of the moThe veteran members gather together before kickoff to discusst important times for the team.

“[During the first week] we’ve been deciding on strategy and we’ve been prototyping our design,” Sridharan said.

“The prototyping phase is about a week or so and once we’ve decided what we want our robot to do, we think about how it’s going to complete all these tasks.”

For rookie members, their first feel for competition season is extremely exciting. Although they are not completely familiar with all of the tools, they are vital to the completion of the robot.

“Freshmen are really oriented around the parts or the design aspect, they don’t know how to use 3-D software or some of the complex machinery and stuff we have in there,” build lead and drive coach senior Rithin Venkatesh said. “[The veterans] handle that and our rookies do assembly and learn basic mechanical fabrication skills.”

According to Venkatesh, the competition season is extremely time-consuming, and members must invest their time wisely. Being a member for four years, Venkatesh has learned how to balance his time.

“For most of the people on the team, at least the senior veterans, it’s like constant go home, do homework, and then just get on robotics again,” Venkatesh said. “We need three hours every day and four to five hours on the

To Venkatesh, Sridharan and Mitra, this is routine, as they have been doing robotics since elementary school. With this being their last year in MVRT, they are working to make this year the most successful year possible.

Looking back on their years of experience, the three members are able to reminisce on what they have gained in their time in MVRT. To them, robotics is more than building a robot – it’s a major aspect of their lives.

“For me, I’ve been doing robotics since the fifth grade,” Mitra said. “It’s been a major part of my life. When I came to MVHS, I knew I would join the robotics team and I would want to participate as much as I can. Seeing where I am now, robotics is just such a big part of my life, and it brought me closer to people who have similar passions to me. It just means a lot.” 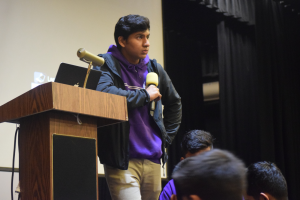 g moments they have experienced, they encourage new members to continue contributing to the team and being a part of the unique experience.

“I hope they get inspired to continue to pursue robotics, because it’s a really fun activity and you can learn a lot through it,” Mitra said. “I know for sure when I joined the team, I was really hesitant at first because there was so much involvement, and meetings everyday almost. Now, looking back, I’ve learned so much more than I thought I would just through school and through robotics.”