Deal with it: a weed dealer and user’s perspective 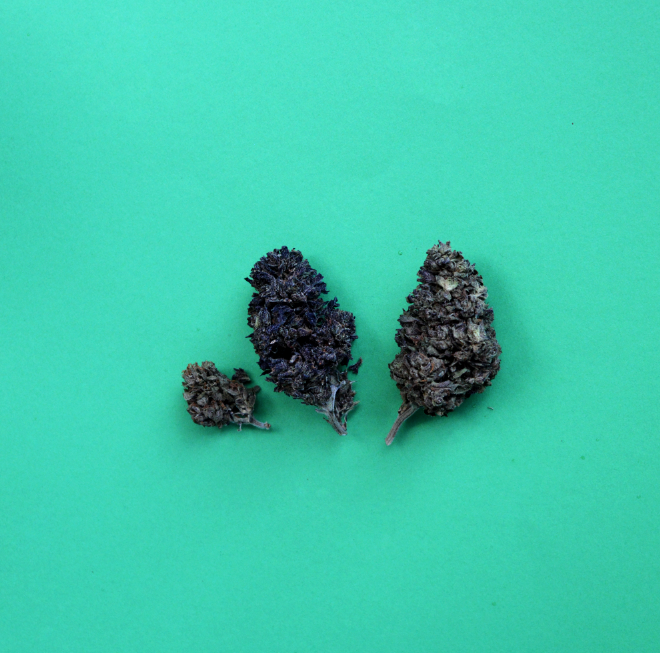 e’s not a stereotypical dealer. Both his parents know that he smokes weed everyday, he has a job and he views dealing marijuana as a guilty pleasure. For the purpose of maintaining his anonymity, we will refer to this student as Marcus.

“It’s really stupid [for me] to be selling drugs because I have [another] job and it’s like ‘why [am I] doing this?’” Marcus said. “But at the same time I’m able to … smoke without having to pay any money because I sell enough where I’m self-sufficient. That’s the main reason it happened. It just makes this lifestyle a lot cheaper.”

The first time Marcus smoked weed was halfway through eighth grade. He had always been curious about weed and so when his friend, who was a freshman at MVHS, had access to the drug, Marcus decided to try it. Though he doesn’t remember much about that day itself, he does remember that before his first time, unlike most, he was never strictly against using drugs.

“Ever since elementary school I’ve known marijuana existed as a drug … and kind of accepted that I was going to try it at some point in life,” Marcus said. “So when eighth grade came around and I met this guy and he was into [smoking] pretty heavily, I was curious so I was like … I guess I’ll try this.”

At the end of his sophomore year, Marcus started to smoke heavily and began dealing small amounts of weed to his friends. But the summer before his senior year, Marcus went on a backpacking trip with a group of 15 to 19-year-old guys and didn’t smoke during the trip. Staying sober for a week made him reflect on his usage.

“After that [trip] I realized I was smoking solely because I wasn’t dealing with any of the problems I had in my life,” Marcus said.

Afterwards, he began to involve himself in more social circles and instead of smoking to numb his feelings, he describes how he started smoking and dealing as a way to simply have fun with friends.

He bought his weed from someone who had connections with a dealer that drove to Salinas and Hollister to collect it. But once he made friends who were older than 21 since recent legalization of marijuana, he had easier access to weed. However, the legalization did not have too much of an effect on Marcus’s ability to deal marijuana. But because Marcus often drives high, he describes how the police are more wary of drivers under the influence.

“[The legalization of marijuana] made it more of a problem because cops are really on the lookout for mainly DUIs. [That is] the biggest thing I’m worried about,” Marcus said. “I drove high like within the first week of having my license. That’s the biggest problem that my mom has, is me driving under an influence.”

According to Marcus, the two rules that his mom has regarding marijuana is not to have in their house and not to drive while high.

“My mom’s smart. She knows everything, she just doesn’t want to prove it. She knows I smoke everyday, she knows I deal to friends, she knows that I do more than I tell her I actually do,” Marcus said. “It’s not because she doesn’t care. I don’t want to give that message off. She cares a lot, but it’s like she’s kind of given up in a sense, in that aspect of my life, as much she wants to care.”

According to assistant principal Mike White, however, providing marijuana can have very severe consequences.

“Once you become a provider then you can enter into the expulsion side of things because now you’re providing an illegal substance to others. Personal consumption is not the right choice but [if] it’s the choice that you make [then] there are consequences that you deal with,” White said. “If you’re a provider, we would involve the police. Chances [are] you won’t return to your home school if you are expelled.”

As for being high at school, the consequences depend on the circumstance. According to White, the student’s respective assistant principal would initially speak with the student. Whenever these kind of situations arise for White, he runs by his decision by principal April Scott.

Marcus, however, describes how throughout the past two years, he feels as if some teachers knew that he was high in class, but didn’t say anything.

“There’s no way some teachers haven’t noticed I may have looked a little high in class at some point,” Marcus said. “I really try to not make a problem of it for my teachers. I get good grades. I do sports. There’s not much they could say even if they wanted to. I feel like [that has] something to do with why they might have not said something already or tried to make a problem out of it.”

One teacher at MVHS turns a blind eye when certain students are high in his class. For the purpose of maintaining his anonymity, we will refer to this teacher as Lukas.

“I don’t know what the right answer is. I don’t know if they should crack down … It bothers me that we don’t look at problems at MVHS,” Lukas said. “MVHS, we sell ourselves on this image of being a great school … [We don’t talk] about anything but stress, which is a good-school syndrome. We don’t want to talk [about the] real issues here. We just want to sweep them under the rug.”

Principal April Scott disagrees, voicing her advocacy for teachers to be on the lookout for students who are under the influence in class because they may be disruptive to others.

However, not all students who smoke weed decide to get high at school. An anonymous senior who smokes regularly describes how he has only ever been high at school once and chose not to continue after that. For purposes of maintaining his anonymity, we will refer to this student as Wilbur.

“It was just on a Wednesday morning … It makes it harder to focus in school and I just don’t want to be one of those people that get high during school,” Wilbur said. “Teachers usually don’t find out unless you make it obvious. It was just more that I don’t want to be doing this kind of thing.”

Marcus himself is very wary about bringing any weed or paraphernalia to school. Unlike Wilbur and most other MVHS students who smoke weed, Marcus doesn’t have to worry about hiding weed from his parents. The one place he does make sure to keep any obvious evidence of weed is school.

Dealing marijuana has now become a part of Marcus’s daily life. According to Marcus, dealing marijuana is convenient because he would drive out to get weed for himself anyways, so he is just earning money in the process. But he has decided to stop dealing once he graduates from high school.

“Ultimately [dealing is] one of my weaknesses I would say because it’s stupid and it’s pointless yet I still do it. It’s enough of a small satisfaction in dopamine release when a sale happens or when I think I’m making money or I don’t know, ‘rebellious, cool-kid’ type of thing. That small enough feeling keeps me doing it,” Marcus said. “[So I] look forward to the day to stop selling once college starts because I’m not going to be able to nor would I want to spend time or energy doing that.”