Breaking under pressure: Students with eating disorders during the holidays 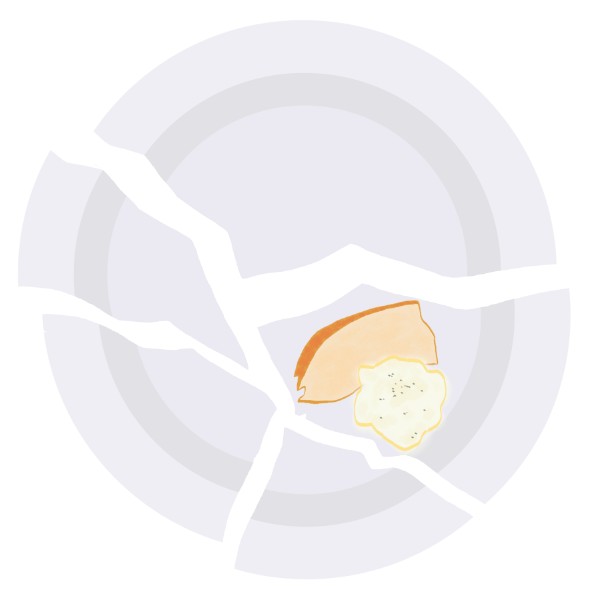 *Names starting with M are false names to protect the anonymous sources.

abel had no idea something was terribly wrong. Not when the world began spinning around her as she warmed up in P.E. Not when she could barely finish one slice of turkey and a spoonful of mashed potatoes during Thanksgiving dinner without feeling full. Not until three years later.

Throughout elementary school, she’d never felt singled out or particularly unhappy with her body. When Mabel grew older, she noticed how her classmates began shedding their baby fat, but hers just wouldn’t disappear. In order to lose her baby fat, Mabel started gradually eating less. She didn’t understand what she was doing to herself. Later, she was diagnosed with anorexia, anemia, as well as prediabetes.

“I was really young and what I thought was [that] more food equals more weight,” Mabel said. “I slowly stopped eating, and I didn’t think of it as a big deal. I would just stop eating and it took [a while] for me to be able to admit to myself, ‘Wow, I’m starving myself, and I have a disorder.’”

Mackenzie on the other hand, has been struggling with bulimia for a few years due to struggles she’s faced at school in the past.

Mabel struggled the most with her eating disorder in the sixth grade, during Christmas. It was also the first time she forced herself to throw up what she ate.

Mabel didn’t think her eating disorder was a problem before she was diagnosed, but her sister later took note of Mabel’s irregular eating habits and decided to tell her mom, who took her to the doctor. She was told to go to therapy, and her parents supported the idea, but she didn’t want to accept the label of being someone with an eating disorder. When Mabel was diagnosed with anorexia nervosa, her mom was more concerned with the additional health complications such as anemia and prediabetes, instead of anorexia, the root of her problems.

“I would miss a lot of school and some of my grades were going down because I was always super, super tired,” Mabel said. “Looking at the board in math would make me dizzy. I was failing P.E. [The doctors] would ask [my parents], ‘What are you feeding her? Is she not eating okay?’ I think that’s when [my sister] was like, ‘Yeah, she’s just not eating at all. I don’t know if you guys have noticed or not.’”

Student advocate Richard Prinz has heard many stories about students with eating disorders, but says that very rarely do those students come directly to him for help. Often times, it’s concerned friends and family who inform him.

“There are even cases where somebody can be so incredibly underweight that they can see themselves in a mirror and [their] doctor can be saying, ‘This is very dangerous,’” Prinz said. Parents can be saying, ‘This is very dangerous.’ But they’re saying, ‘I’m fat.’ There’s a distortion of how one sees oneself, and then it becomes more and more addictive so sometimes the person does not recognize the problem.”

When Mackenzie would experience symptoms, she would space out and eat a large amount of food before throwing it up because she couldn’t bear the pain inside her stomach. Similarly to Mabel, she mentions that she wasn’t really thinking while eating and only slowly realized the gravity of her situation.

“I didn’t think it was that bad because it wasn’t clearly defined by the symptoms online,” Mackenzie said. “But then my sister noticed and then she made me tell my parents, and I went to the doctor. The doctor just told my parents to monitor what I eat mostly, and get me a therapist to help with the stress.”

On the other hand, during the holidays, Mabel has to make a greater effort to hide her eating disorder from visiting family members. Coming from a Latin American family, she says food plays a dominant role in her family’s culture.

“During Thanksgiving, I’ll usually have maybe like a slice of turkey and some mashed potatoes at most,” Mabel said. “The rest of my cousins will have full, full plates, to the brim. Because I got so skinny [my aunts] make fun of me for having an eating disorder without actually realizing [I have one]. I don’t take [it] too personally but they’ll make comments about how skinny I am compared to the rest of my cousins and how little I eat.”

Even though Mabel experiences teasing from her relatives about her body and how little she eats, she doesn’t want them to feel uncomfortable by not eating the food they make. She feels guilty thinking about the hours spent making food when she can barely eat more than a few bites.

Prinz mentions the great importance of parents monitoring a child during the holidays. He says that if the eating disorder is severe, monitoring what one eats can be difficult at times, but is vital to keep the student safe.

“I’m sure at home, if there’s a holiday, there will be this monitoring going on,” Prinz said. “If [the child is] not eating at all, they’re under treatment and they’re being monitoring by their parents. Tricky part is if they’re purging. I’ve seen people go back to the hospital because they’re still trying not to eat, and then they get in trouble again.”

Mackenzie is currently in the process of recovery and relies on her siblings for help when her eating disorder gets out of control. Because of the occasional relapses, she is a little worried about how to control it during the holidays.

“Well, last year, I wasn’t struggling that much with this, but right now I feel like I’m better,” Mackenzie said. “I do have a tendency to overeat a lot, so right now for the holidays, I’m kind of scared that it’s going to get worse, but I feel if I have enough support I can get through it.”

Mabel is also recovering, but she still experiences struggles. She has to explain to others that her not eating a full meal is not asking for attention, and also explain the frustration that comes with being confronted about it. However, the biggest obstacle would be trying to eat a full meal in the first place.

However, Prinz thinks that being more honest and accepting about your own eating disorder can help others understand it. Laughing along with the jokes your relatives make may be harmful towards yourself, and make you feel misunderstood.

“If people could just be more open about [their disorders and say], ‘Yeah, I do have an eating disorder. I struggle with depression. I take medication,’ then they know not to joke,” Prinz said. “If you don’t want to do it, then your parents could educate relatives before they come. I think there are ways that family could look out for each other in those situations.”