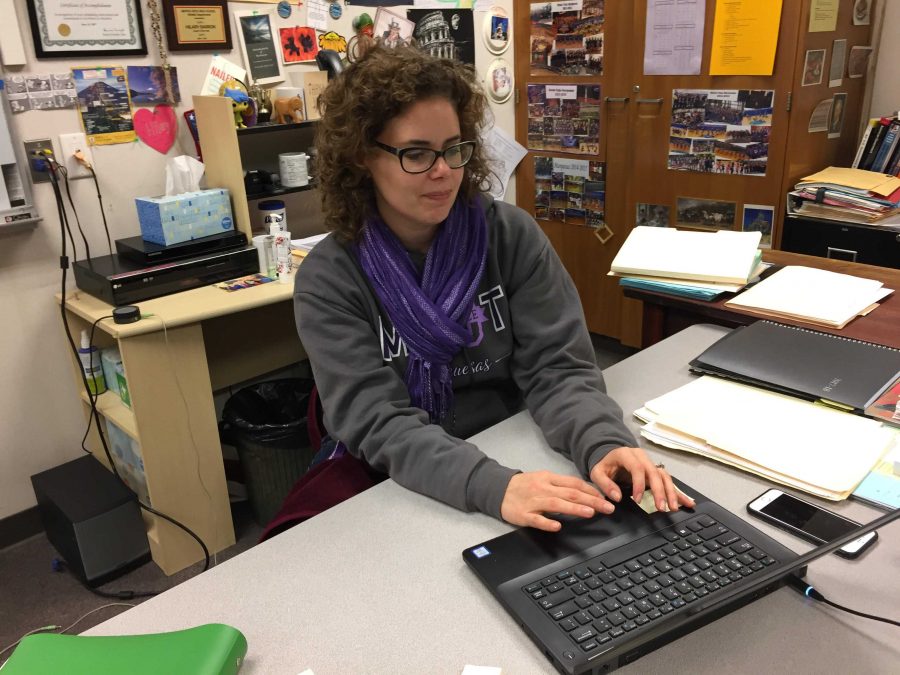 n November 21, Federal Communications Commission (FCC) chairman Ajit Pai announced a plan to eliminate net neutrality. Without it, Internet service providers (ISPs) could restrict websites like Facebook and YouTube, charging their customers monthly fees to access websites in packages. Civilians and major internet companies like Reddit and Google have spoken out in favor of net neutrality, and other websites like battleforthenet.com provide resources for civilians to call their congressional representatives to ask them to vote against the plan.

Net neutrality is the principle that ISPs should allow access to all online websites and resources regardless of source. It is what keeps ISPs from throttling internet speeds or restricting access to certain websites. To sophomore Maya Tate, removing net neutrality would affect every other part of her life, preventing her from carrying out activism on social media.

History teacher Hilary Barron explained that removing government regulation would also encourage the growth of the free market, which would in turn foster competition between ISPs. Such competition would mean that ISPs would work to provide better services than their competitors, but at the cost of most internet users.

“There’s always this balancing act between freedom versus order versus equality, and [the FCC is] allowing more freedom for ISPs,” Barron said. “But in doing that they’re taking from us that equality piece.”

As the Internet becomes more and more of a universal resource and a means of global communication, equal access to it is increasingly becoming a necessity. Net neutrality allows the Internet to remain a utility that consumers are able to universally access, but the FCC’s plan would treat internet access as a private good they can profit off of. The privatization of the Internet — rather than treating it as a universally necessary resource — would be directly detrimental to many, not just within the U.S., but around the world, Tate said.

“In our country, lots and lots of kids would lose access to support that they need to get the education that they needed,” Tate said. “It would cut off [our] access [to] information [and] we wouldn’t know what’s going on as we do now, which I think is dangerous especially given the current administration.”

In countries like Portugal that lack net neutrality, companies sell Internet in priced packages. Such practices would carry over to the US should net neutrality be repealed. For example, news sites like The New York Times and Washington Post would be included in a package for $5 a month, while gaming sites like Steam would be sold in a separate package. For freshman Prerana Bathula, this was a constant of her childhood that she did not realize the severity of until now.

“I didn’t notice anything, I didn’t know what was going on, because I was like ten years old,” Bathula said. “It was fine, but apparently it’s gonna be a lot worse now.”

“[ISPs are] now going to charge premium prices for this that and the other, and I think the consumers are gonna get the brunt of that,” Barron said. “I also think it’s affecting the right [of] access to the internet, and it’s like this oligopoly of ISP companies are going to be the ones who are gonna be able to basically monopolize who gets access to what, which I think is very dangerous.”

Ultimately, the potential dangerous oligopoly that would result from eliminating net neutrality makes the situation dire for citizens who desire a free and open internet. The FCC votes on the bill Dec. 14. Barron encourages citizens to call their Congressional representatives to encourage them to vote against its passage before that date.

“I hope the media starts to make more of a stink about it, and bring the focus to it so people can step in and call their congressmen or call the president before it’s too late,” Barron said. “Because we had a crisis like this earlier, like last year, and it was avoided.”