Humans behind Humans of Monta Vista 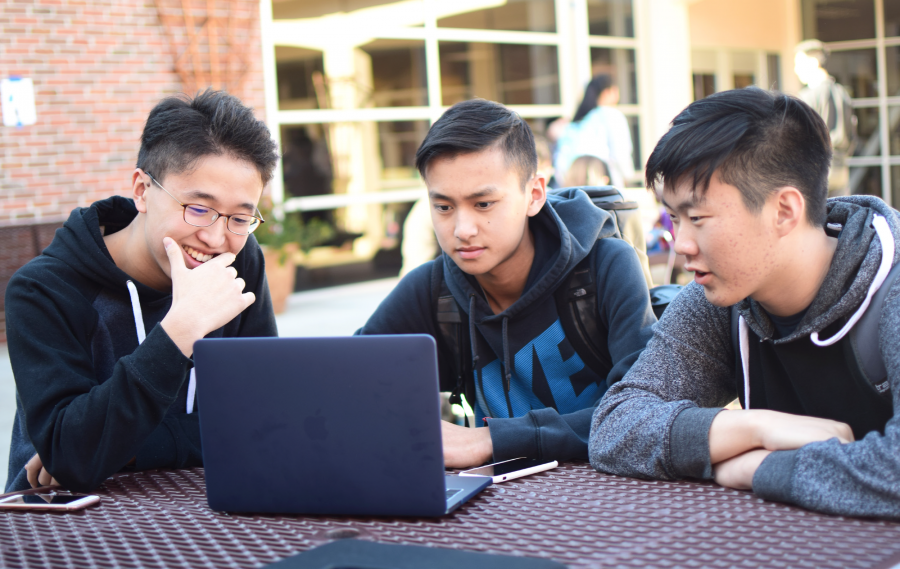 enior Jesse Wong was browsing Facebook one evening in May and came across a page under the title, “Humans of Monta Vista.” He immediately noticed that the page was inactive with the last post being from 2015. Determined, Wong got his friends, seniors Matthew Hsieh and Daniel Hong, to revive the page and create a new “Humans of Monta Vista.” Their page is modeled after the critically-acclaimed “Humans of New York” Facebook page that has accumulated over 50 million likes on Facebook.

”School is a pretty stressful environment,” Wong said. “We thought we should talk to some people and get their stories to help relieve stress and tell people that we all have our own things to deal with.”

The current iteration of “Humans of Monta Vista” was created in May and has gathered over 600 likes on Facebook and nearly 1000 followers on Instagram since its launch. Its goal is twofold: relieve stress and let people know more about their peers.

“We ask them questions, and then try to ask them more personal questions, because a lot of people here are focused on school,” Wong said. “We want to get them to talk more about things that can help people know them more as a person.”

To accomplish their goal of building a raw connection between students, the three choose to interview random people they see roaming around school campus.

“We try to make the interviews as spontaneous and as organic as possible,” Hsieh said. “We just try to go up to people without any prior planning and make the questions fit whatever we’re talking about that day.”

Although all the members are graduating this year, Wong, Hsieh and Hong still want to keep their page alive. Hsieh hopes to bring in more members and make sure that HOMVH can expand and gain popularity on both its Facebook and Instagram platforms.

“[We’re looking for] people who are just driven and inspired by the content we put out, and are looking to embrace the values we have at HOMVH, such as making everyone’s opinions count,” Hsieh said. “And if they exhibit these qualities, then they’re a great addition for our team.”

The creators believe that the page helps bring people together, since certain stories are able to resonate with people.

“Where everyone is so high-achieving, we often forget we’re human ourselves and not just a test score, and as cliché as it sounds, but not just a grade,” Hsieh said. “[HOMVH] raises awareness and makes us realize we’re worth something and our opinions matter.”

Even with the nine interviews HOMVH has accumulated so far, Hsieh believes that each one is unique — each interview brings about new perspectives and opinions.

“There’s no wrong or right interview, because a lot of the things people say are valuable,” Hsieh said. “[It’s] not like a test where you get something wrong or right, but more of a life lesson and any advice you can provide for your life. Their experiences off campus and seeing different perspectives on life [show] how people became the people they are today.”