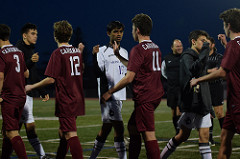 ensions were high during the boys soccer game on December 8 as the MVHS team played against Santa Cruz HS. After days of hard training, the team faced SCHS . The Matadors remained persistent and confident throughout the game despite many missed opportunities. The game ended with a 0-0 tie.

“[The game] was a little disappointing but I’m glad we worked hard during the 2nd half,” senior Daniel Hong said. “I made a lot of mistakes during the first half so I definitely need to improve.”

MVHS started with the ball leading into the first half of the game. Two minutes into the game, as SCHS committed  a foul, the SCHS coach stood up and yelled “Block the ball, go defense, run faster” at his team.

On the sidelines, SCHS players discussed their plays and places of improvement within their team as the the game progressed. One player jokingly told his teammates, “now that’s how our team plays when we’re under pressure,” just as SCHS lost the ball to MVHS.

Meanwhile, on the opposing side, MVHS coach Todd Kimble kept shouting encouragements to the athletes to keep moving on and  keep their head in the game.

Midway into the first half, MVHS changed their strategy as they began to play offense. Maintaining possession of the ball, they took the ball up the field as both teams clustered in front of the SCHS goal. Junior Dylan Randazzo took a shot but the ball sailed over the goal.

On the other side of the field, Hong dove onto the ground and blocked the ball, pushing it just wide of the post. SCHS got through the defense as tensions rose on the field. The Matadors defense held strong, however, with senior Arjun Gupta sprinting to defend the MVHS goal.

“The ball was coming out and I think I hesitated for a second or so,” Hong said. “I think that’s why I couldn’t get the ball. The minute it passed by me I thought it was a goal [by SCHS] but luckily one of the [MVHS] defenders got it.”

With the scoreboard still showing 0-0 and only two minutes left on the clock, MVHS played short passes as they slowly brought it up the field. Approximately 10 minutes later, both teams returned to the field as they warmed up for the second half. Kimble shouted words of encouragement as the team prepped for the beginning of the second half.

23 minutes into the second half of the game, SCHS players approached MVHS’ goal. Hong, who was goalkeeping, ran forward in an attempt to steal the ball away from SCHS and the bleachers that were filled with SCHS parents erupted with excitement when SCHS dribbled past Hong. However, MVHS players rushed forward and successfully blocked the SCHS player’s attempted goal as the stands diminished to a silence.

Reflecting back on their game, the MVHS team felt slightly defeated about the outcome. SCHS was a team they had lost to during their previous season and the players felt that they had worked hard enough to win this game.

“We knew it was going to be a hard game [since] we played them last year,” junior David Hernandez said. “We lost [to them] 4-1 [last year], so we came prepared but we didn’t get the result that we wanted.”

The team found plenty of room for improvement. From improving communication with each other to working on their technical skills, the Matadors hope for more wins during this season, with their coach’s remarks in mind.

“[Coach] told us that we were just supposed to be individual and try to win the game on our own which in soccer has to be a whole team,” Hernandez said. “He just told us to keep moving the ball around.” 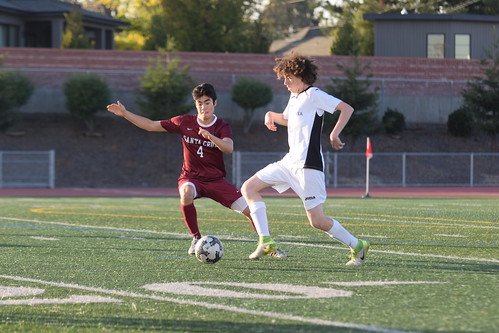