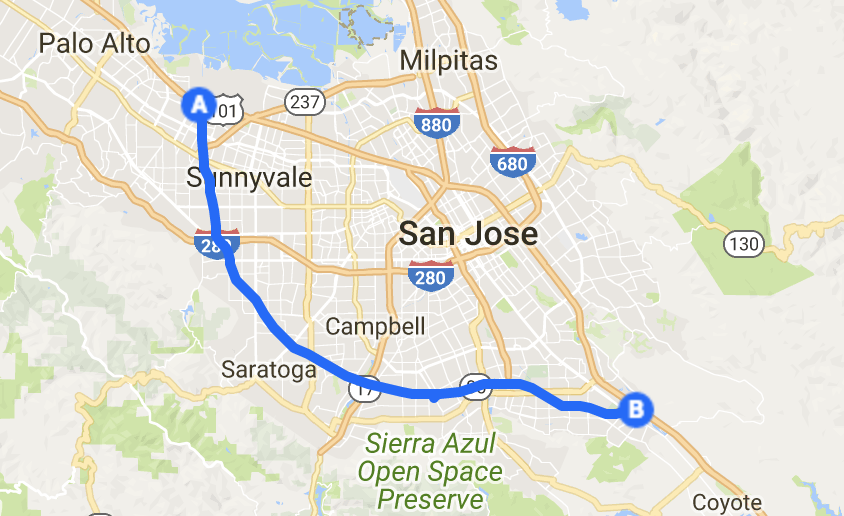 Andrea Schlitt
o get around the Bay Area, drivers are all well aware of three highway options—85, 101 and 280. But along with that knowledge often comes complaints about traffic, especially around rush hour. To help potentially improve these problems, the Santa Clara Valley Transportation Authority (VTA) launched a study to propose solutions.

Throughout November, VTA staff members held meetings in San Jose, Mountain View and Cupertino to receive input from community members. Among the concerns were complaints of the commute to work taking unreasonably long and requests for a monorail or adding more express lanes.

For students at MVHS, the concerns are similar, especially for those who have just gotten their license. Senior Alicia Zhang believes that public transportation would be a nice alternative, as she thinks that there has been an improved efficiency in cities on the east coast. But she also notices multiple problems with the highway itself.

“When you’re transferring from 85 to 101 […] the distance of you being able to transfer onto that highway is too short so you have a high possibility of crashing into someone,” Zhang said.
“The highway is really fast and the streets are also wide so people speed a lot.”

Similarly, senior Emily Zhang drives herself to work in Mountain View via U.S. Route 85 and often sees car accidents on her way back home.

Senior Srijani Saha, who drives to her internship in Palo Alto mostly on Tuesdays and Thursdays, finds the journey there to take a reasonable amount of time, but the journey back to be tedious.

Because of this, she takes local roads, such as Foothill, to avoid the two-hour long traffic jam on U.S. Route 85. Saha says that the area where she interns has its own public transportation with buses, which is an efficient system, but it wouldn’t necessarily work as well if it was extended to Cupertino.

“Public transportation could help the issue, but it would probably cause a lot of problems along with it because it’s not going to change the infrastructure and why there are problems,” Saha said. “A lot of the time it’s just where the highway is going through.”

The VTA study is still ongoing, and more meetings will be held in early to mid 2018. For now, options are still being proposed and an official proposal is planned for the end of next year.