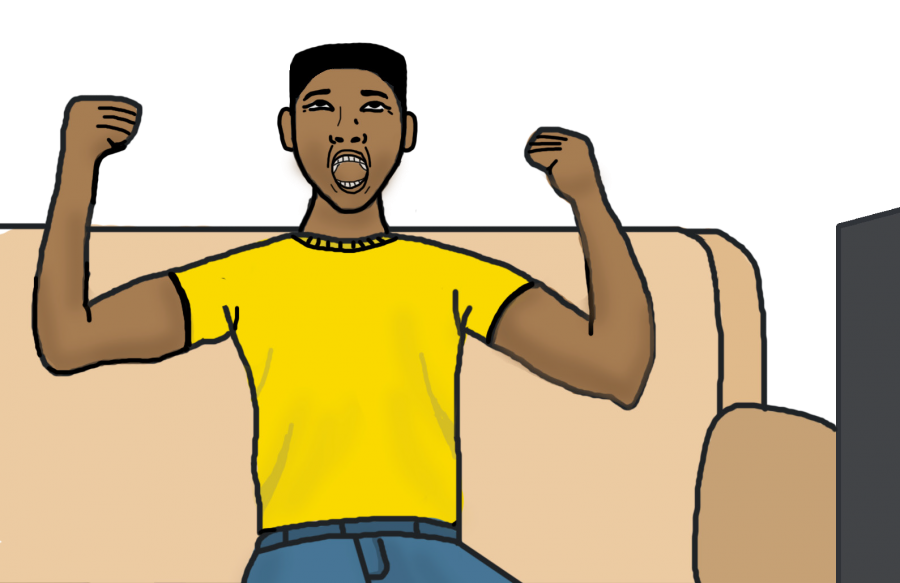 any MVHS students enjoy professional sports, but for some, this love extends beyond lunchtime debates and quick checks of the Bleacher Report app between classes. These devoted fans show their love in different ways, from watching every single game of the season to traveling to another state to watch their team play in their home stadium. For these so-called “superfans,” their dedication to a team has had a profound impact on their life, from instilling character values to helping them de-stress.

Senior Manav Shah has been a Patriots fan for years. According to Shah the Patriots’ head coach, Bill Belichick, doesn’t hesitate to bench star players if they’re playing badly and plays rookies even in crucial games.

“I think that’s what makes everybody work super hard since it doesn’t matter if you’re a 10-year veteran or you’re a rookie,” Shah said. “You’re going to have to play your best every game, otherwise he’ll sit you.”

Shah tries to replicate that effort in his own life as a soccer player. He remembers being completely out of shape and jetlagged after a trip to India.

He wasn’t expecting to play. But after one of the team’s other left wing backs broke his foot, Shah had to step in.

“Obviously I wasn’t in shape [or] anything, but I just had to keep pushing myself, and eventually we tied the game 2-2 and that was enough points to get us into the next round,” Shah said.

At the end of the day, being a football fan is about watching games. For Shah, the dedication his Pats has to playing good football is fun to watch.

“It doesn’t matter where you are in the country,” Shah said. “You can follow them and then you’ll see that [you] just fall in love with the way they play and the amount of effort they put into football.”

Senior Anita Narkhede’s love for the Golden State Warriors started at her club volleyball tournaments, when parents would always discuss the previous nights’ Warriors games. Catching her interest, she started watching the Warriors as well and quickly got hooked.

Compared to other NBA teams who she feels can be “too serious” at times, Narkhede feels that the Warriors have found a good balance between work and fun, one that she strives to find in her own life. Narkhede tries to look for small joys in her life rather than getting too caught up in all the work she has to do.

Unlike others, who Narkhede says worry about their future job prospects after one bad grade, she tries not to sweat over the small stuff.

“‘Oh, you had one bad day, but it won’t make a huge difference in your life,’” Narkhede said. “If you pay attention to the little things which give you joy, then it’ll have a bigger impact on your happiness.”

Social science teacher Scott Victorine is unsure where his love for the Minnesota Vikings came from. As a first grader watching football for the first time, Victorine fell in love with the purple and gold.

According to Victorine, being a Vikings fan isn’t easy. Although they are currently ranked first in the NFC North division, the team has never won a Super Bowl, and hasn’t been to the Super Bowl in 41 years.

While he would like his team to win, he feels that loyalty is much more important.

“It was just important to stick with your team, cause it’s kind of like life,” Victorine said. “There’ll be ups and downs, but you don’t get to pick when they’re up and when you’re down.”

He sees this loyalty as a character trait that helps him support his friends and family. About a year and a half ago, a friend of Victorine’s went through a divorce, and he saw helping his friend through rough patches as a part of his responsibility.

“It’s not always the most uplifting conversation. But it’s important that, as a friend, I’m there, to make sure he feels supported and that ultimately, he doesn’t get too rough,” Victorine said.

Even if he doesn’t solve every problem, he feels it’s important just to be there with his friends.

As Victorine says, it’s “sticking with people when times are not only good, but [when] times are tough.”