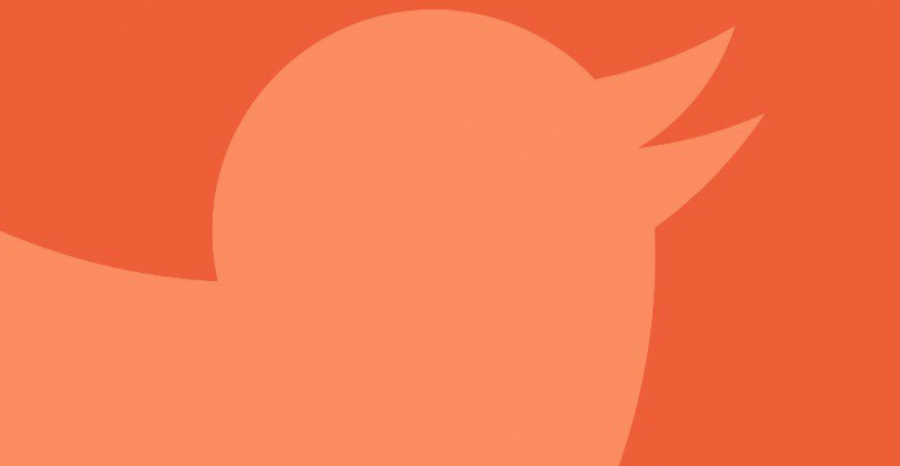 This is a small change, but a big move for us. 140 was an arbitrary choice based on the 160 character SMS limit. Proud of how thoughtful the team has been in solving a real problem people have when trying to tweet. And at the same time maintaining our brevity, speed, and essence! https://t.co/TuHj51MsTu

The 280 character limit is currently only available to a small group of people, which product manager Aliza Rosen and senior software engineer Ikuhiro Ihara say will help test impact before the feature is launched to everyone.

The feature will be available for languages such as English, Spanish and French, which are affected by “cramming,” meaning they take more characters to express the same information as opposed to languages like Japanese, Korean and Chinese. These languages will remain under the 140 character count, since they “can convey about double the amount of information in one character as you can in many other languages,” Rosen and Ihara wrote. The two hope that this will help users tweet more freely without the need to delete words that convey important meaning or emotion.

“Twitter is about brevity. It’s what makes it such a great way to see what’s happening. Tweets get right to the point with the information or thoughts that matter. That is something we will never change,” Rosen and Ihara wrote.

Take a look at the pictures below to see students’ thoughts on the word count change. 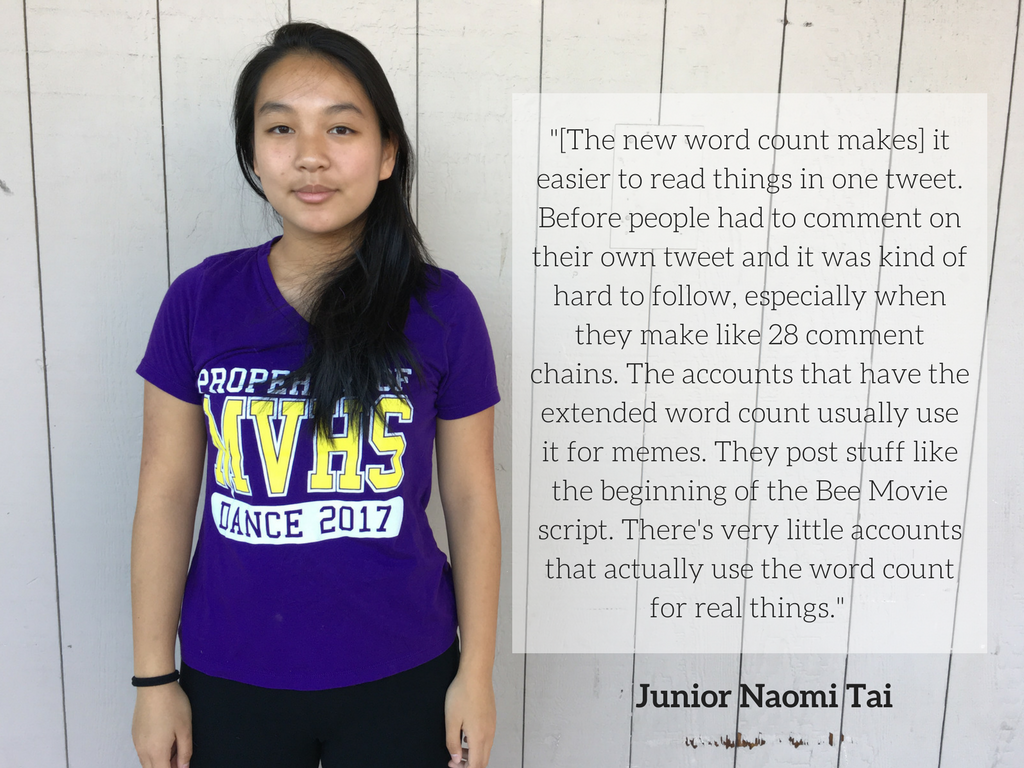 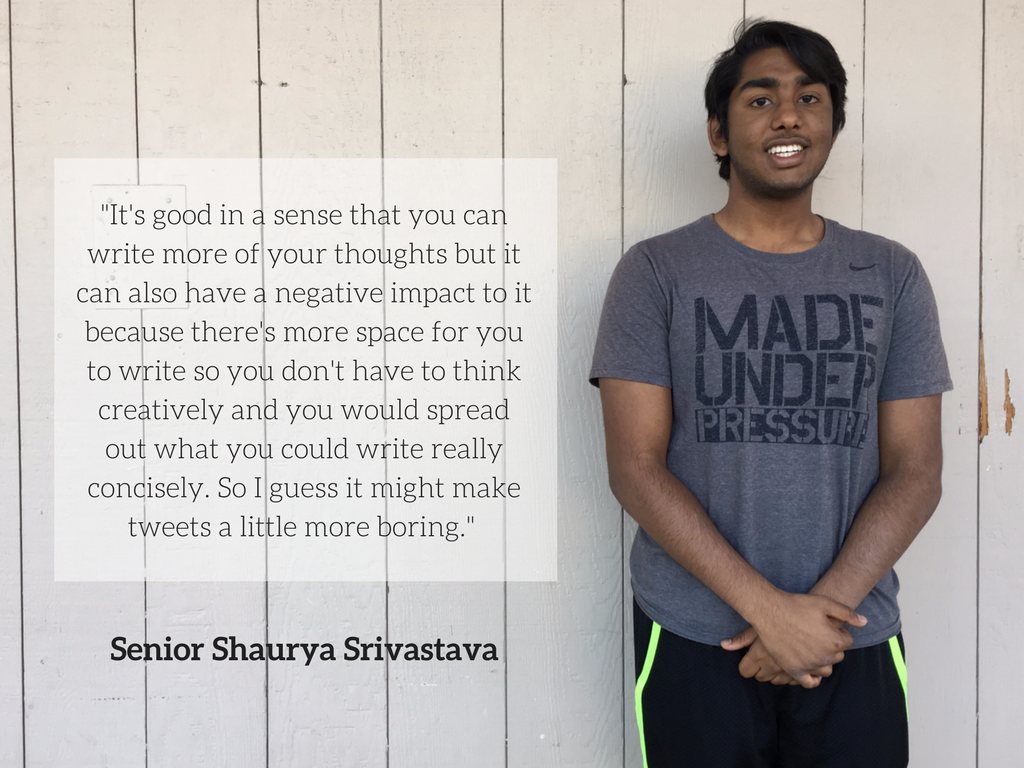 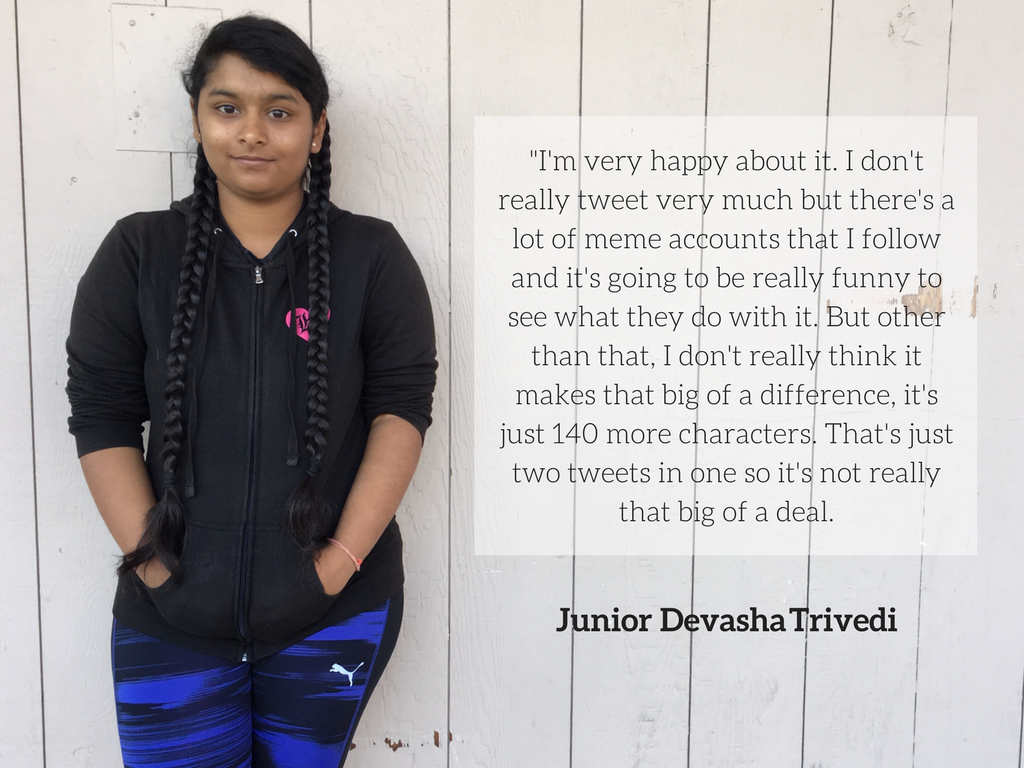