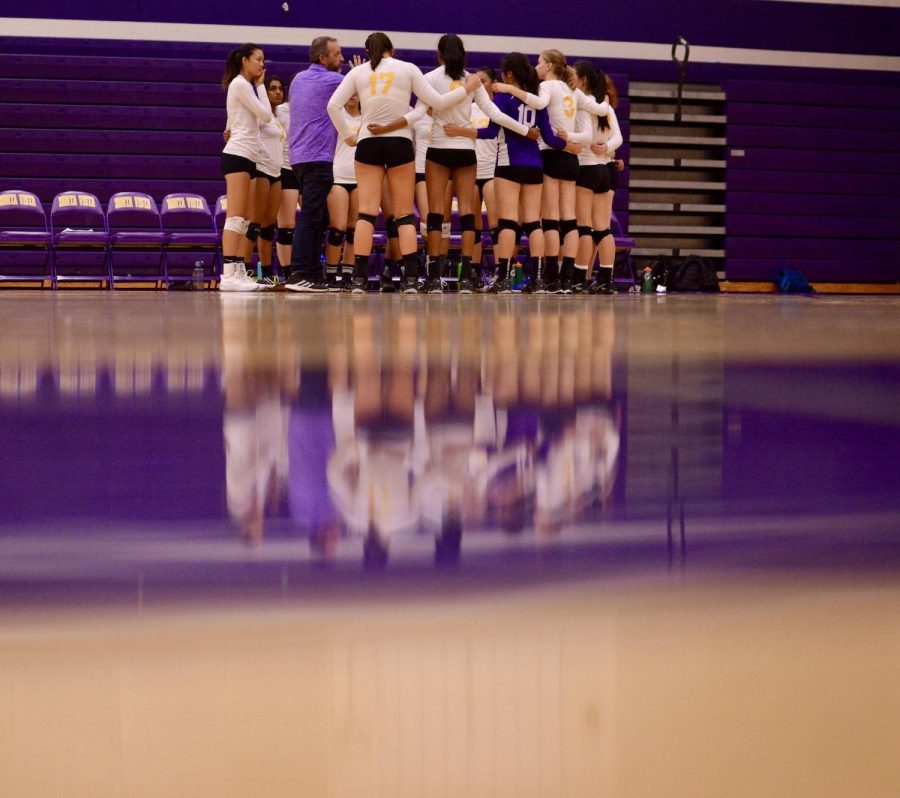 Rajas Habbu
s students enter room D108 for the volleyball club informational meeting, students, returnees and officers of the club are welcoming them, encouraging them and hoping for a successful season. As the crowd settles down, each individual officer is brainstorming new ideas on how to make the club a place where people can relax, socialize and have fun. Many officers are happy and excited while others are nervous for the season to come, nevertheless each one determined to have a successful year.

In the club, every officer is in charge of organizing the open gyms, communicating between the members of the club and making it fun and welcoming to everyone. President Kelly Chen overlooks all of these tasks as well. Chen is hoping for the year to run smoothly and for people to enjoy volleyball.

“Our goal is to get to know more people from our school who like volleyball and have them come and play,” Chen said.

Senior vice president Hanna Kotesova believes that the club is a place where people can play, relax and have fun. She thinks that the more people who are able to have a good time, the better the chances of the club to be successful. Kotesova admits that holding regular meetings and playing with each other on a regular basis also helps people feel more comfortable to play with each other.

“We want to get together every other Friday at lunch and this allows people to return and feel comfortable playing with each other,” Kotesova said.

Last year the club was unable to hold open gyms regularly because events were not fully planned out and there was a shortage on time as well which is one thing that the officers are hoping to change. All officers agreed that a player should be able to compete but also be able to play in a relaxing environment where there is no stress of losing or winning.

“We are probably going to start the open gyms this semester as opposed to second semester like last year and also the intramural tournament where everybody can just compete,” Chen said.

Officer and junior Tung Lin is very optimistic and believes that the season will go well because people can relax and be competitive at the same time. Lin states that one of the club’s main goal is to make the community a great place to play volleyball. Lin believes that the more welcoming and supportive the community is, the more chances people can have fun and relax.

“Hopefully we will have more open gyms, be more active and make a really nice community so people are encouraged to come back.” Lin said.

Some believe that if they join the club, their chances of making the volleyball team is higher, but Kotesova explains that the club is a place where people can just have fun and play and has no correlation to any volleyball team.

“I think playing for a school team is a bit more competitive and if you join our club it is a bit more recreational and relaxing for anyone of any level to join,” Kotesova said.