Ready… aim… shoot: an introduction to the Archery Club

The different activities of the Archery Club 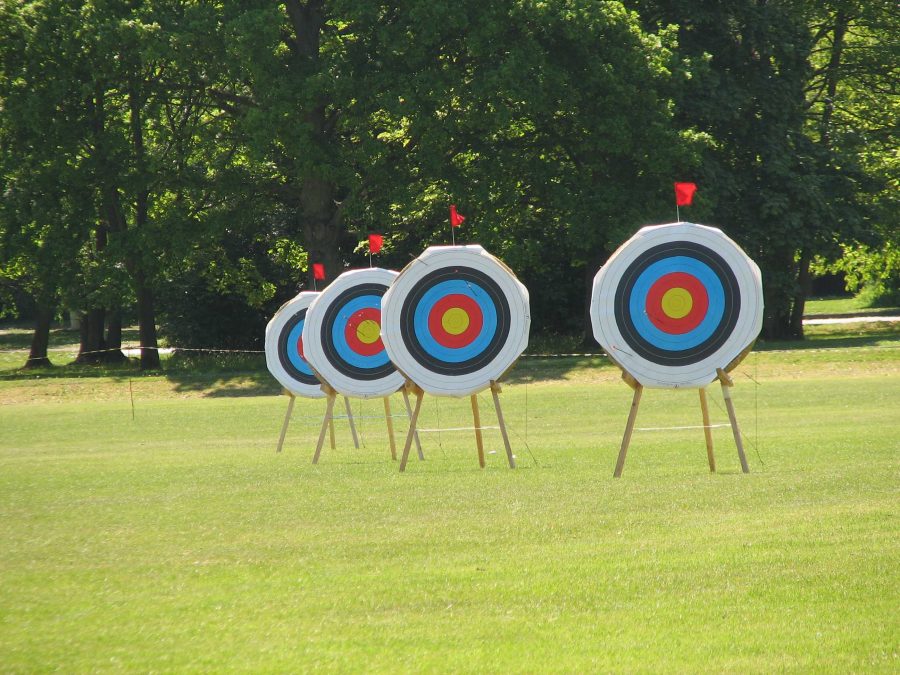 Claire Yang
ecretary and treasurer of the Archery Club and sophomore David Hui watches as a club member carefully draws back the bowstring and lets it go, the arrow slicing through the air. He cheers and high-fives her. She scored a nine – the highest score she had gotten yet. It wasn’t the the highest score of ten, but she was definitely improving, all while having fun.

The Archery Club is a relatively new club, so it is aiming to gather more members and gain popularity. The club officers hope to hold monthly events such as shoots, where members go to an archery range and practice.

“We did one last year, and we went up to the Stevens Creek reservoir area, because over there they have Bowhunter’s Unlimited. It’s an outdoor archery range,” David Hui said. “It’s free, you can just go up there.”

According to president and sophomore Steve Ho, the shooting range has a range of targets that vary anywhere from seven to 70 yards away. Although the club only had one shoot last year, they hold high hopes for this year and future years.

“This year, we’re hoping we can take the kids on the trail, after they get used to it,” Ho said. “There are targets around the trail, and it’s super cool to go around.”

In addition, there are safety meetings on occasion to ensure that everyone is using the bow properly and to prevent injuries. Once the members become accustomed to using bows, Events coordinator and sophomore Karesa Hui really hopes to put the Archery Club out there.

“[Winning awards at an archery competition] is one of our long term goals,” Karesa Hui said. “We’re hoping to start entering competitions by senior year.”

Ho acknowledges that new members may feel bored by the sport at first because of its repetitiveness, but that shouldn’t discourage them from continuing the sport. He believes that they should focus on improving rather than scoring, which in turn makes the entire experience more memorable and joyful.

Furthermore, Karesa Hui emphasizes how people who are interested or passionate about archery should know that there are many other people like them.

“There’s an archery community out there, so don’t feel like you’re alone in this,” Karesa said. “There’s a whole group of people who have also done archery, and the whole point of archery club is to include members who want to do archery.”