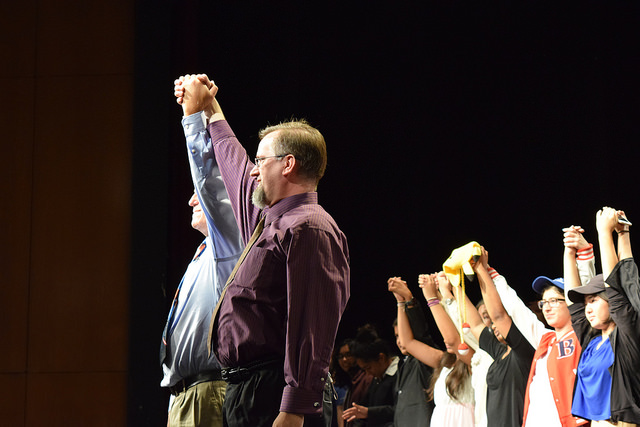 ith an hour left before the opening night of “The Little Mermaid,” senior Jeremi Kalkowski, who was responsible for lighting, rushed on stage with ladder in hand. Already wearing a microphone, in costume and with a full face of makeup, he climbed the ladder to change the gels in the stage lights, praying that they’d work.

“The stress level with that was insane — basically [I] had to work in class and then outside of class,” Kalkowski said. “I guess [my experience] sums up the stress levels that we’re trying to reduce now.”

Stressful situations like these, caused by struggles with time management and overlap in play productions across classes, were what ultimately drove the drama department to make a major change for the 2017-18 school year: moving the SNL production to the springtime.

Drama teacher Sara Capule confirmed these overlaps as being a leading cause of her decision, adding that since seniors are often the ones leading SNL and directing the sketches, they have to balance such duties with college applications in the fall. By moving SNL to the spring, she hopes to see a positive change in the seniors’ workload and time management.

While senior Natalie Standridge sees the change as something beneficial, she admits the new schedule will take some getting used to.

“The switching around is a little bit confusing, and I’m a stickler for [having everything] be the same, but I feel like […] moving some things around is good,” Standridge said. “If it doesn’t work, the next seniors can change it around.”

Capule hasn’t sensed any negativity from the feedback she has received, and Kalkowski and Standridge agree that responses to the change have been mostly positive. All foresee it reducing a lot of the stress in the future.

“I didn’t really sense [anything] negative; if anything it was like, ‘Okay, let’s try this because it is really hard to start out the year with [SNL],’ Capule said. “That’s also the sense that I got, but I didn’t really get much feedback. It’s also because we don’t know know since it’s the first we’re going to try it together.” 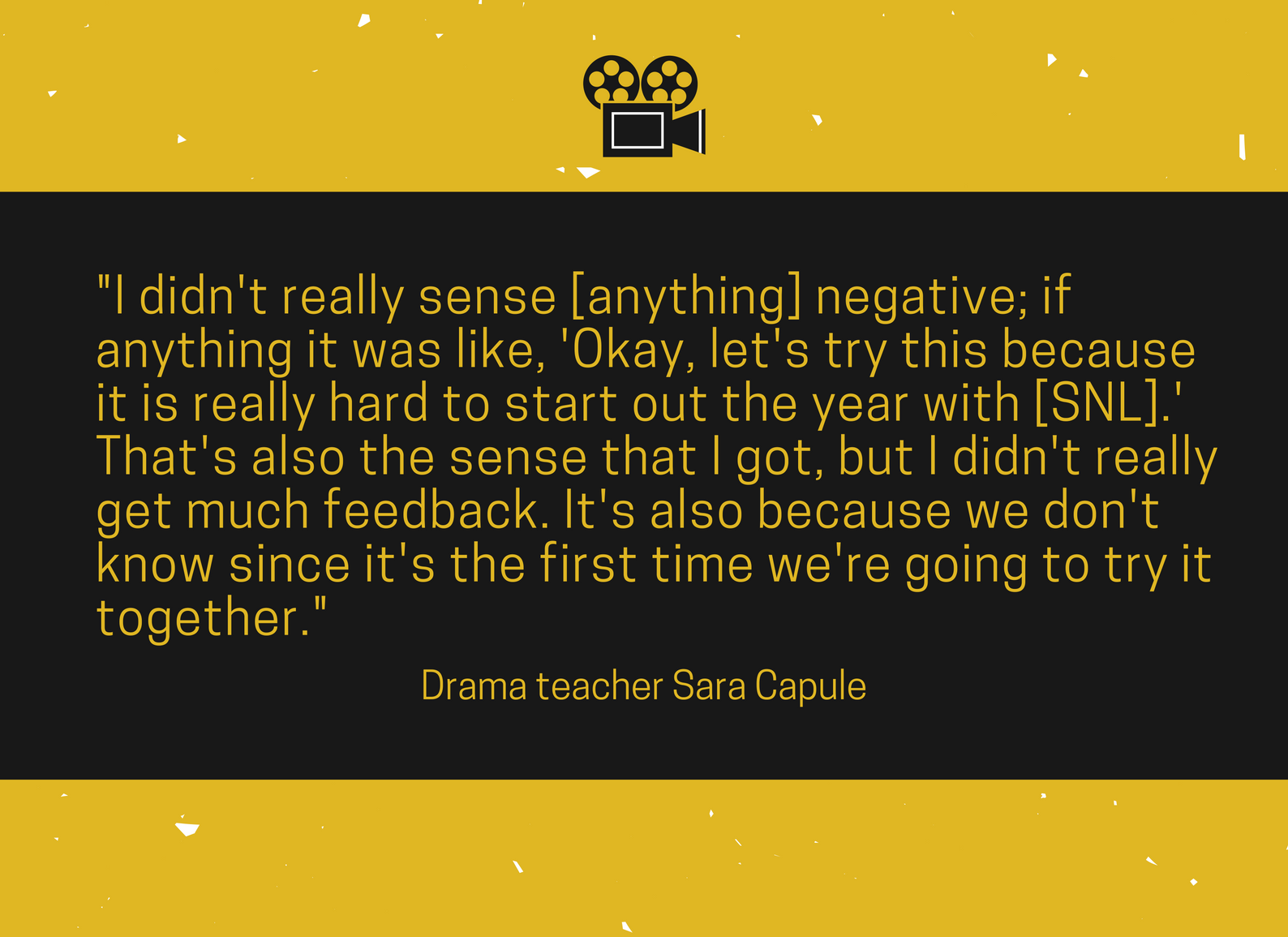 More minor changes include the genre of the fall play, which, unlike last year’s dramatic play, is a comedy that Standridge revealed to be called “Rumors”. Although Standridge was initially skeptical about the play, she is excited to get started on it after reading the script.

The department is also looking to contract a company outside of school to help with building sets, which will allow the class to focus less on the time-consuming task of setwork.

As second semester rolls around and the drama department begins preparing for their springtime production of SNL, their hopes are that the less stressful atmosphere will grant time for rehearsal, acting exercises and run throughs.