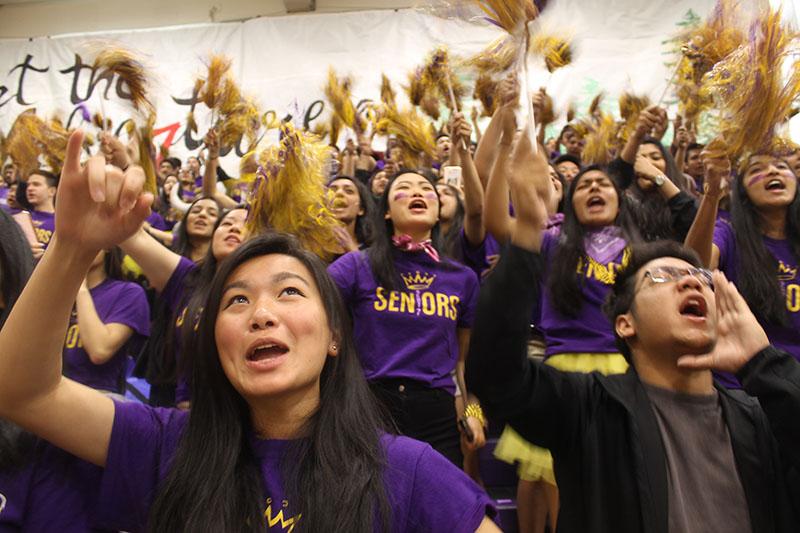 veryone in the gym collectively held their breath, waiting for the seniors to rip through the flimsy yellow poster keeping them in the gym lobby.

The gym was quiet for the first and last time during the Farewell Rally on Friday, May 19, and the song playing in the background — DJ Snake’s “Turn Down for What” — could be heard clearly, beginning its popularly known chorus. When the beat finally dropped, the seniors burst through in their signature fashion, in tune with the song and the growing cheers.

Scroll through the GIFS and photo gallery below to relive the class of 2017’s last rally as Matadors.

The 2017 Farewell Rally kicked off with the the classic “How do you feel?” and 15-second cheers.

Both the Spirit and the Song teams performed a routine together, complete with high-flying flips and acrobatics.

Rally gamers from each class shot a rubber chicken from a large slingshot into a tarp held by two other students. The game ended with the seniors winning first place, the sophomores coming in a close second, followed by the juniors and the freshmen.

The MVHS Song team danced to an upbeat Meghan Trainor remix, entertaining the stands with its impressive mid-air splits and high kicks.

This year’s iteration of the senior boys’ dance was the same dance done by the “Lost Boys” , featuring a medley of popular tunes and creative moves.

The dancers enticed the crowd with their hip-hop moves as they danced to popular tracks such as the song “Dessert” by Dawin.

Students in Variations sang the Alma Mater at the rally for the last time as the MVHS Spirit team performed their traditional routine.

Students turned on their cell phones’ flashlights and swayed to the music in the darkened gym as they sang along to “Don’t You (Forget About Me)” from the Breakfast Club.

Finally, the results of the rally were revealed: the seniors came in first, the sophomores close behind in second, with the juniors and freshmen coming in third and fourth respectively. 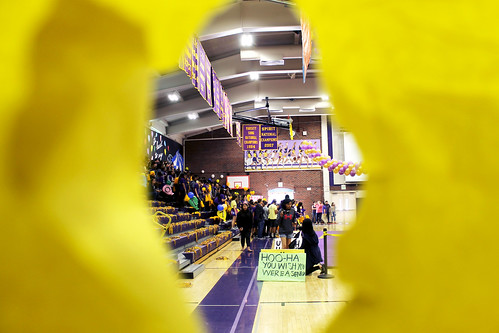