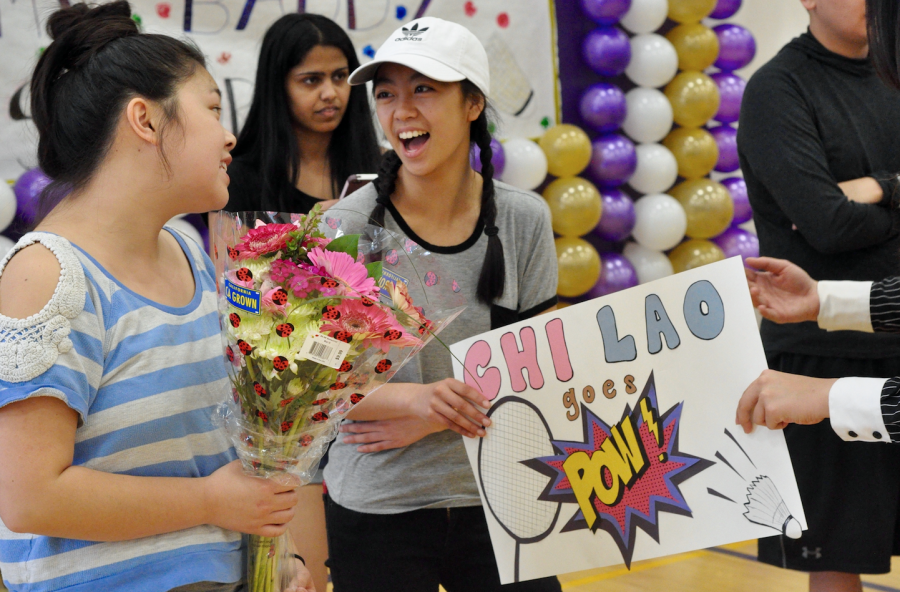 Roshan Fernandez
parkly silver tiaras rested on the seniors’ heads as they stood outside the field house waiting for a cue. For the beginning of their senior night, they’d replaced the badminton racquets they normally held with glittery, colorful wands. And once they were called inside by a former team member, senior Manasa Handady, they came into the field house, going through the tunnel of badminton racquets that their teammates had formed. Waiting at the end of the tunnel was a large poster that read “MV Baddy Senior Night.”

Following their big entrance, the team’s 15 seniors were each presented with a balloon and gift bag in a ceremony organized by other members of the team. Later, they were given the posters, personalized with puns, that had earlier lined the walls of the field house. The ceremony served as an opportunity for the team to spend time together, and savor the memories from their final home game of the season. But after snapping a couple pictures with friends, family, and teammates, the seniors had to abandon their tiaras and wands and resume their warm-up routine, just like any other game.

However, the team had changed their regular line-up so all the seniors would be able to play, and this meant that some players were paired up with unfamiliar partners. This shift left many team members, including junior Emily Chen, unsure of what to expect.

“I was kind of surprised [with the results], because I thought some of the matches would be harder,” Chen said. “So overall it was pretty good, [because] even the games we lost were really close.”

In the end, the team went on to triumph over Saratoga High School by a score of 24-6. But this night was about more than the matches and the score, it was about the memories and the celebration.

“I think the best part was[…] when all the seniors were like ‘Wow they actually did something for us’ because a lot of them didn’t expect that much,” Chen said. “So I just really like that they were happy with what we did.”

Check out the photo gallery below to see more pictures from the senior night ceremony. 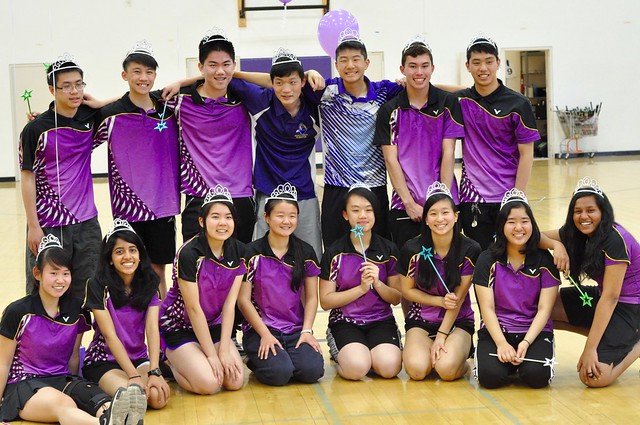