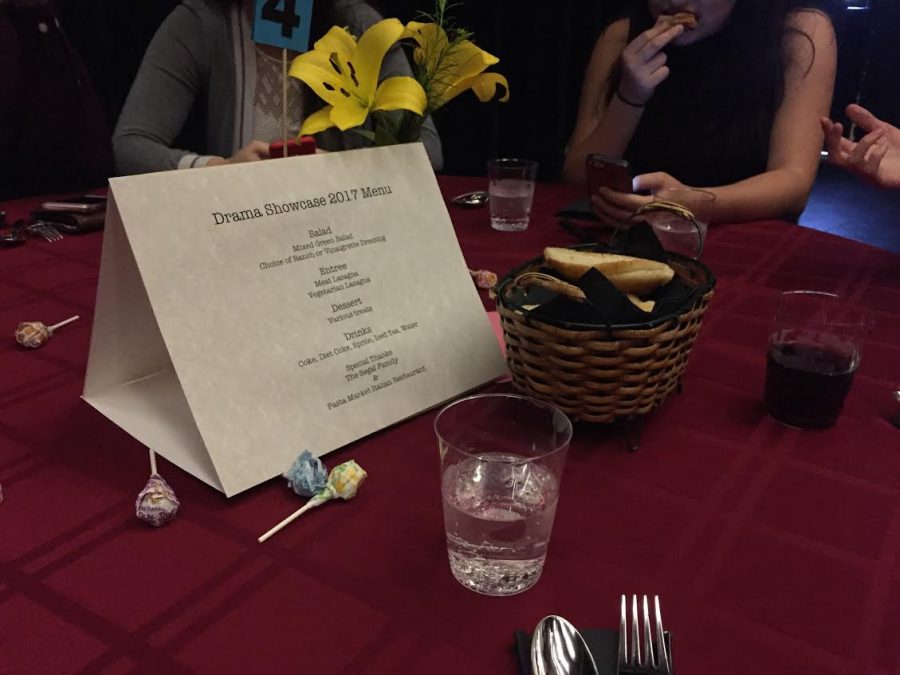 he door of F108 could be seen swinging in and out on a April 7th evening as latecomers ran to get a seat inside. Soft music filled the air, a smooth jazzy tune coming in and out of people’s ears.

With everyone settled in, the lights began to dim down low, focusing their sole attention on the host for the night, MVHS alumni Fatima Mejia. Mejia welcomed all of the audience to the show, and began to talk about a tradition that had only started a few years ago, the Andrew Segal Memorial Scholarship, and how this night was created in honor of that.

After introducing the whole reason behind the dinner, Mejia stepped off the stage and let junior Jeremi Kalkowski come onto the stage. With a powerful voice presence, Kalkowski introduced himself as the referee for the Improv Team’s games. Speaking with gusto, he brought in Improv team, which has split itself into teams of five: white and black.

The Improv team made the audience roar with the different games they played, the first one being a game known as Scantron. With answers from the teams like “Palotai the butter queen,” and “Guy Fieri,” the Improv team brought laughter and an enjoyable atmosphere to the room.

The Improv team finished up with a fan-favorite game known as Weekend at Bernie’s. Four people will act out a certain scene and at the end of acting that scene out, the audience votes one actor to “fall asleep” and remain motionless on stage. The other three actors then have to act out the part for them, and this continues until one single actor remains alone on the stage and carrying out all the parts for the skit.

All alongside the performances, student waiters from the Drama Department were serving dinner to the guests. The first course was a salad with a choice of two dressings, followed by a main course of either meat or vegetarian lasagna. The dinner service ended with a mix of desserts, from cookies to cheesecake to chocolate cake. Drinks included a variety of sodas as well as water.

After three monologues from three individuals, the judges deliberated for a while, taking into account each of the individual’s talents while saying their piece. To end the night, the judges came to a decision that the scholarship would be awarded to Christina Schuler, who played a woman who had just recently lost her mother. With raw emotion and talent, the judges saw it fit to grant the grant to Schuler.