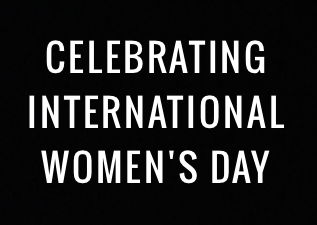 t’s lunchtime at MVHS on March 8. Like any other day, students are sprawled all over the school.

It’s not obvious at first. Looking a little closer, however, it becomes clear that many students happen to be wearing the color red. This is no coincidence. Though some may have worn it by chance, many wore it in support of International Women’s Day.

Every year, there is a theme for this day. This year’s theme was “Be Bold For Change”. The International Women’s Day committee encouraged women to send in, via the International Women’s Day Website, a bold action they took on this day. Among the many bold actions that women took, one of them is called, “A Day Without Women”, where women don’t go to work in order to see what a day without women would look like. However, most students can’t simply skip to school. As an alternative, some students took part in a movement to wear the color red in support. Read below or click through the embedded story above to see to see why students wore red today.

“Ever since the women’s march happened, I’ve been following the twitter page,” Chavan said. “For the past week, they’ve been tweeting and retweeting, ‘Wear red to support women on International Women’s Day’, so I just wore it in support.”

“I think women’s rights are really important and I think we should celebrate it,” Rangarajan said. “It probably doesn’t have an effect, but it’s definitely spreading awareness. So if more people knew about why they were wearing it, then they would probably actually think about making a change, rather than just sitting around.”

“I think that we were already on a path to making change, but someone like Trump in office could slow down that process,” Chavan said. “So now, more than ever, we need to make sure that we don’t forget that this is something we need to fight for”

I wore red today because today is Women’s Day and I strongly believe that equality is something we should fight for. It’s not just a representation of women, it’s a representation that everyone is equal and that women can be equal as men, compared to the differences they’ve had in the past. And because I stand for this movement, I decided to wear red.

I think it’s a part of what brings awareness, especially at this school where people are maybe not as aware that there is gender inequality outside of Cupertino

Lots of women in this world face oppression. Especially right now, in this current political climate…. conservatives like saying, ‘American women take their rights for granted, whereas look at women in the middle east and how little rights they have.’ They use that justification to say why american women should not be very vocal about advocating for their rights, but I think that’s ridiculous. It’s true women in the middle east have less rights than women in America, but currently women in the United States still are at a disadvantage to men in the United States.

I want to do everything that I can to support the women in our country especially since it’s so difficult for a lot of guys to relate, so the best we could do is to show support even though we may not be able to feel what it is like to be a woman.

I wore [red] today because it’s International Women’s Day and I wanted to represent being a woman… In my math class, I see it. I’m in [Algebra 2/Trigonometry] and there’s not many freshmen girls in my class. There’s a lot of sophomore guys that just look down upon us. And when we raise our hands, they roll their eyes and judge us. They think we’re not smart enough to be in that class… If a lot of girls wear red, it could show that we’re proud to be [girls].

I think it’s important to stand up for humans rights and today, we are celebrating women’s rights and acknowledging that women should have equal priorities to men. I couldn’t participate in some of the ways that many older women could [by taking] the day off of, so I wanted to wear red to support the cause for today.

In light of recent political changes, I think it’s really important that people always keep fighting for what’s right and stand up for what they believe in.

One, it was International Women’s Day and it was a way to symbolize that I am a woman and I am proud to be one. Two, because my mom made me.

I, myself, am a woman and I am happy with that and I want to be that. So if it’s International Women’s Day then you might as well display your pride for who you are and for me that was by wearing red.