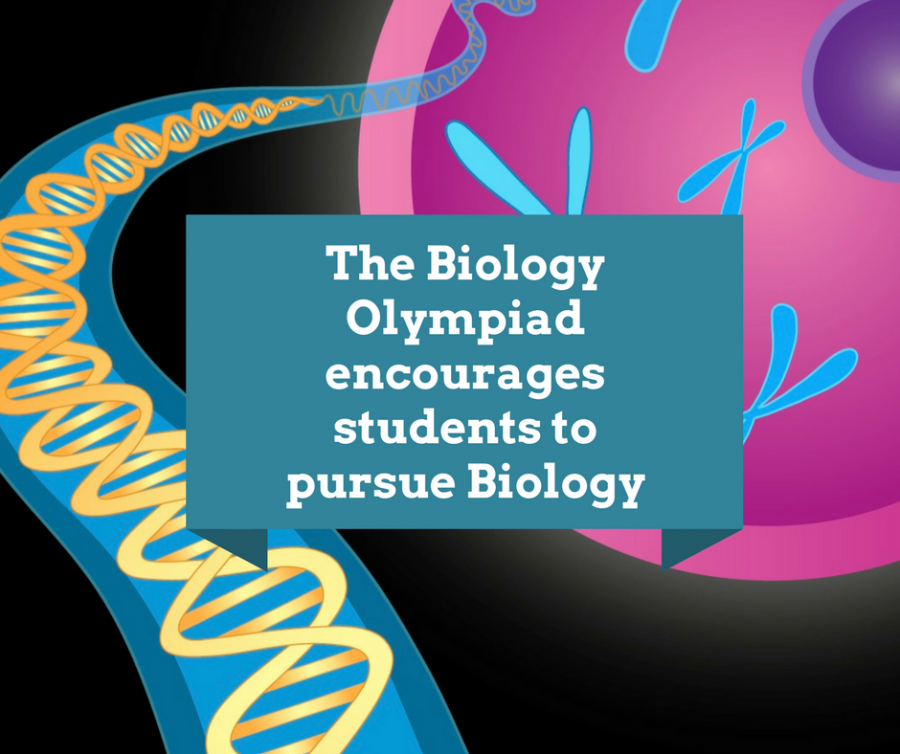 The Biology Olympiad itself is a multiple round exam — initially multiple choice but eventually getting more complex — that students can sign up to take annually.

One of those students was junior Kelly Chen. Chen initially decided to take the test because her brother had before her, but after the test, she felt like she needed to take it again.

“He sort of encouraged me to take it too cause I want to go into bio for my major in the future,” Chen said.

pite currently taking AP Biology, Chen still found the test to be very challenging. Junior Claire Zhang, the Biology Olympiad lead for the Biology Club, says this is because the exam is purposefully made to be more advanced than a high school level. Zhang helps students study for this rigorous test.

“Leading up to the open exam, every week I [hold] a lecture on Tuesdays at lunch about various topics in Biology that are usually pretty advanced for high school,” Zhang said. “I provide resources for kids that want to take the test to study and also organize the exam.”

Science teacher Pamela Chow, the proctor for the Biology Olympiad at MVHS, explained that the test is difficult in order to narrow down the competitors to a select few.

“Basically it’s like several rounds of competition. The first one is open to anyone… and then based on the results from the [first exam]… then you move onto the semifinal exam,” Chow said. “And so depending on the year we’ve sometimes had like, anywhere from three to eight-ish students move onto the semi-final round.”

Students who score in the top 20 percent nationwide in the first round, known as the open exam, are eligible to take the semifinal exam. The tests become progressively more exclusive and difficult, until finally, the national exam selects the top 20 students who will make the International Biology Olympiad USA Team. As Zhang explained, the content requires outside of school studying in order to understand.
“A lot of things aren’t covered that well in AP Biology, like for example, we had these insanely difficult questions on like plant classification where they would give you a picture and it’s like ‘what kind of plant is this?’” Zhang said. “Normally we never cover that in a high school Biology class… I would say [the test is] kind of like a traditional biology exam except that the difficulty level is harder.”
Although the Biology Olympiad’s content is extremely complex, it can be just as beneficial for those who take it. Chen believes that taking the test helped her gain experience in ways her AP Biology class couldn’t.

“I feel like there’s a lot of topics I didn’t know… before,” Chen said. “I felt like, you know, it sort of gave me more of a perspective [on] how deep biology really is.”

Check out the wUSA Biology Olympiad website for more information about the test.