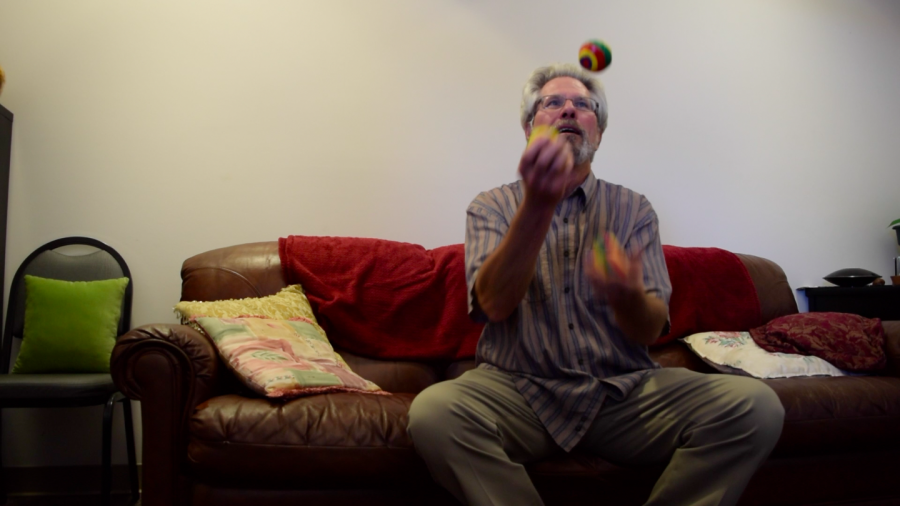 Halfway through seventh period, a visiting student leaves student advocate Richard Prinz’s room. He takes a seat on the brown couch in his room and starts juggling. Between the juggling, the couch and students coming and going freely from his office, it’s clear that Prinz isn’t the standard teacher. Throughout his 15 years at MVHS, he’s found himself in the ER twice, been through numerous Challenge Days and watched countless students grow up at MVHS and graduate.

At the end of the day, Prinz doesn’t like to think of himself as a therapist or a student advocate. In the simplest terms, he’s someone they can talk to if they fear that confiding in friends would lead to secrets getting around or if they just want to chat – he’s a friend for the students. With applications now available for Challenge Day on Mar. 23, El Estoque spoke to Prinz about the misconceptions around mental illness, his journey to MVHS and his experiences here.