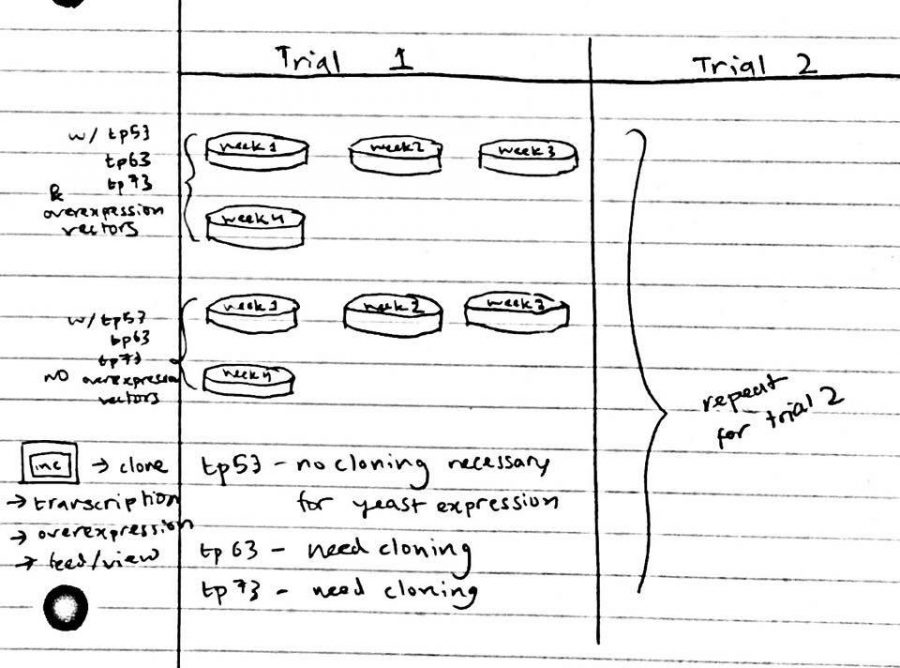 As science teacher Lora Lerner lectured her 9th grade biology class from the front of the classroom, freshman Triya Roy sat on a tall blue stool jotting down notes in her notebook. It was then, while learning about nonpoint source pollution and watersheds, that the idea for her Synopsys Science Fair project cemented into place.

Before that day, her mother had motivated her to participate in the Synopsys Science Fair, and Roy was searching for topics that she was passionate about to explore. She quickly realized that nonpoint source pollution, when rain or snowmelt carries human-produced pollutants to water sources, could have an impact on marine populations and wildlife in the Bay Area, and sought to explain just to what extent it could affect them.

Using daphnia, or small water fleas, Roy is experimenting to find the correlation between food supply and chemical concentrations, hoping to understand more about how daphnia and their health is related to pollutants entering the Bay.

“Because of lots of climate change occurring and habitats changing, there’s lots of algae and bacteria in the water,” Roy said. “So some daphnia in some areas may be less fed and die in population, so when testing them I’ll see if there’s a strict correlation between how much they’re fed and the chemical concentration.”

Roy’s experiment is just one of around 40 MVHS entries into the Synopsys Science Fair. Entries come from the STEM program at MVHS, independent students doing experiments on their own, such as Roy, and students in MV Research Club.

According to MV Research club president senior Nathan Wong, the club’s main goal is to prepare students for the Synopsys Science Fair by providing mentorship, demonstration and a plethora of resources for its members, focusing on the experience and journey of a student through the scientific process.

“Club members are normally very self motivated,” Wong said. “The most important part to all of these [competitions] is your dedication to learning and doing good science, and there’s a lot of things that you learn that go with you for the rest of your life.”

Wong’s club members understand the emphasis on the individual and independence, and are currently in the process of gathering materials and beginning experimentation, in anticipation of the competition to come.

Sophomore Aadithya Anumala began participating in the Synopsys Science Fair in his freshman year. He used MV Research Club and the science fair to funnel his passion for research and for medicine. This year, he is working on an experiment dealing with gene expression and chemotherapy, and wants to help make chemotherapy more successful for cancer patients.

“All we need to do is just look. Notice how many people there are with cancer and how it’s devastating people’s lives,” Anumala said. “Such improvements in therapy are rather important and imperative for today, and even the smallest change, especially in something like cancer, can bring about a huge impact across lines, for a lot of people, because it’s such a tragic problem for people all over the world.”

Both Roy and Anumala hope to bring awareness and solutions to problems prevalent in the community and foster their interest in science through the Synopsys Science Fair.

“We are helping students engage their passions in research,” Wong said, “and [helping] them develop their deep love for science and research especially in the STEM field.”