#DeleteUber is trending in response to the incident at JFK airport 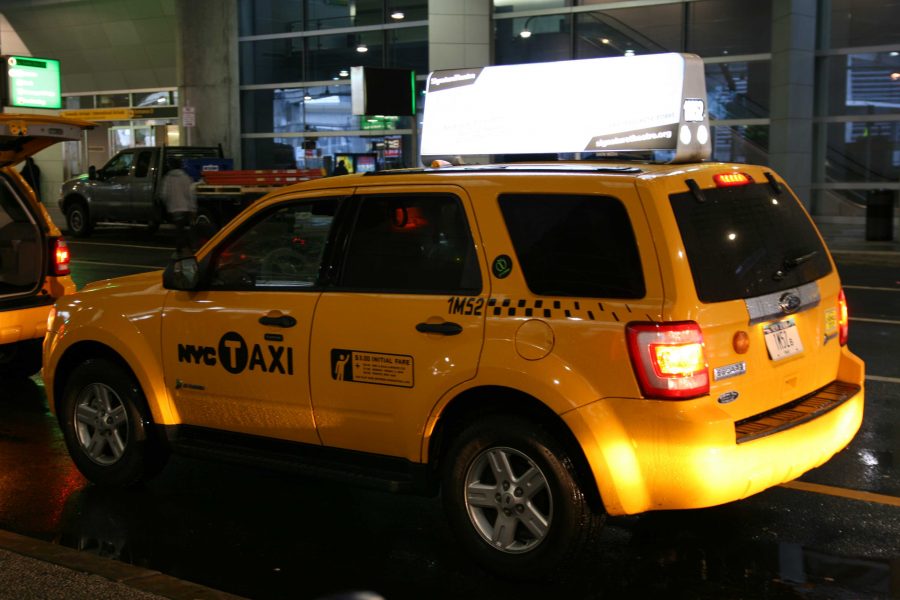 Recently, the #DeleteUber has been trending on Twitter. More than 200,000 Uber accounts have been deleted, according to a report from The New York Times

It all started on Jan. 28.  According to Forbes article titled, “Understand This Before You #DeleteUber”, the New York Taxi Workers Alliance, an organization consisting of 19,000 members, called for a “one hour work stoppage”  from picking up customers from JFK airport. The day before the protest, President Donald Trump’s passed an executive order that banned immigration from seven countries—Syria, Iraq, Iran, Yemen, Libya, Somalia, and Sudan.

The taxi company wanted to show support to anyone who might’ve been held at the airport as a result of the recent immigration ban. The organization posted on their facebook page, saying that, “by sanctioning bigotry with his unconstitutional and inhumane executive order banning Muslim refugees from seven countries, the president is putting professional drivers in more danger than they have been in any time since 9/11 when hate crimes against immigrants skyrocketed.”

During that hour, however, Uber announced a discount to pick up anyone from JFK. This enraged many people, as they thought that uber wanted to profit from the fact that no taxis were running, making everyone use uber. The next morning Uber clarified their intentions from the previous night, but by that point the hashtag #DeleteUber had already started trending.  A company spokesman added in a statement, “We’re sorry for any confusion about our earlier tweet—it was not meant to break up any strike. We wanted people to know they could use Uber to get to and from JFK at normal prices, especially last night.”

Thousands of Uber customers posted screenshots of them deleting the app, with the hashtag. The purpose of this hashtag was to boycott Uber as a way to stand with the Taxi Company in protesting against Trump’s recent executive order.

According to the Vanity Fair Article, “Why is Uber Raising So Much Money?”, Uber has more than one million drivers in 400 different cities around the world and is worth $68 billion. At MVHS, many students take advantage of Uber either for Uber Eats, the platform in which Uber drivers pick up food from restaurants and deliver it, or simply when their parents can’t give them rides. Many students, however, feel that business and politics should be kept separate.

I think as a company, Uber has to prioritize making sure that they’re successful and they do their job, which is to serve customers. And that’s what they did by getting discounted prices for their customers-junior Esha Desai

“I think as a company, Uber has to prioritize making sure that they’re successful and they do their job, which is to serve customers. And that’s what they did by getting discounted prices for their customers,” junior Esha Desai said. “I guess while it isn’t the most ethical thing to do… it’s justified.”

Junior Sameer Kapur uses Uber once or twice a month and uses the app UberEATS once a week. As Kapur uses Uber often, he is reluctant to delete the app. He views deleting the app as a futile effort to create change.

“If someone asked me to delete Uber because of the issue that’s going on, I wouldn’t just because I don’t think deleting Uber is going to do anything or going to help the cause,” Kapur said.

On the other hand, junior Daniel Hong feels that what Uber did was unethical.

“Since I’m not heavily affiliated or not dependent as much as other people are, I would delete Uber because this is a pretty big issue. It’s pretty shameful,” Hong said. “I think Uber should’ve known that the [taxis] making a statement is a pretty big issue seeing how it affects the whole world…. Uber took economic interests instead of the people.“

In addition to Uber’s continuation of service at the airport during the taxi strike, Travis Kalanick, CEO of Uber, has been criticized for being a part of Trump’s advisory council.

Kapur, however, reasons that Kalanick isn’t the only CEO who is in support of Trump. The CEOs of Disney, IBM, Tesla,  JPMorgan Chase & Co. are some of the many who support Trump’s policies.

“As a consumer, I don’t like the way their company is acting [and] I don’t agree with views of the CEO of the company. I don’t think me boycotting their products [and] decreasing my productivity is a good way to stand against Uber,” Kapur said. ”If you’re going to boycott Uber, you might as well stop watching Disney movies. It’s ridiculous. [You might as well] stop using any software that IBM makes. It’s just doesn’t seem practical to me.”

If you’re going to boycott Uber, you might as well stop watching Disney movies. It’s ridiculous. [You might as well] stop using any software that IBM makes. It’s just doesn’t seem practical to me-junior Sameer Kapur

On Jan. 28, Kalanick posted an email that he sent to his employees on his Facebook, clarifying the company’s  intentions and showing support for their drivers. In addition, he set up a $3 million to legal defense fund for immigration and defense services. Soon, however, Kalanick stepped down from Trump’s advisory council in response to the criticism he had received from millions of users.

“Earlier today I spoke briefly with the president about the immigration executive order and its issues for our community,” Kalanick wrote in a statement released on Feb. 2. “I also let him know that I would not be able to participate on his economic council. Joining the group was not meant to be an endorsement of the president or his agenda but unfortunately it has been misinterpreted to be exactly that.”

Lyft, one of Uber’s competitors, capitalized on the criticism of Uber by donating $1 million to the American Civil Liberties Union (ACLU), “which opposes the immigrant ban and filed a class action suit on behalf of two Iraqis temporarily detained at JFK.” At one point on Jan. 30, Lyft was No. 6 on the app store.

Although there are many that believe that the ban is justified, Hong, Kapur and junior Saurav Pahadia all do not support it. They also all agree that deleting the app is not the way to protest against Trump’s recent executive order.

“What does deleting Uber do? It just takes some profit away from Uber,” junior Saurav Pahadia said. “That’s not going to change the world… There’s so many other ways we could support the organization or whatever the cause is. [It is a] superficial act that lets us feel that we made an impact even though we did nothing at all.“