Co-authored by Emma Lam
Additional reporting by Sharjeel Rahman
t was a normal Friday afternoon, and most students on campus were either walking home or starting out Spring sports tryouts, looking forward to the rest of their day. However, members of the League of Legends club were gathered in the Student Union, preparing for their MVHS Intramural Tournament at 3:30 p.m. The tournament consisted of eight teams, where they played a round robin format; the two teams with the most wins play either other in the finals.

With a somewhat larger crowd gathering to play the tournament, the buzz of the people were growing louder and louder, with a small number of around ten audience members seated in the cafeteria, eyes glued to the big monitor in front of them. Members sat around their laptops, on opposite sides of the big monitor, getting ready with their teams to begin the games. Others sat around in groups and chatted about topics like League, school and the weekend. The arrival of pizza increased the hype of conversation, and team and audience members alike grabbed a slice before sitting back down.

Take a look at the photos below to see a recap of the events of last Friday. 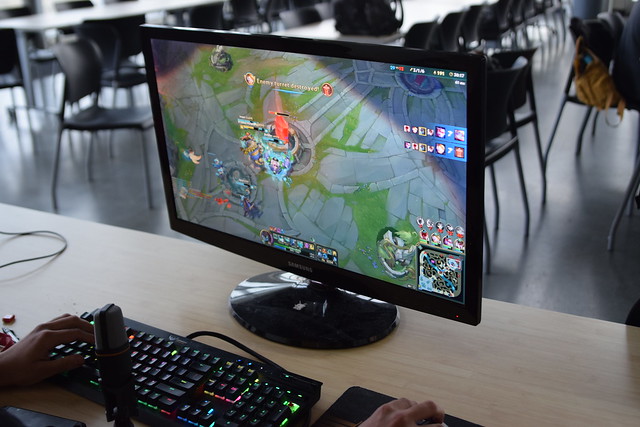