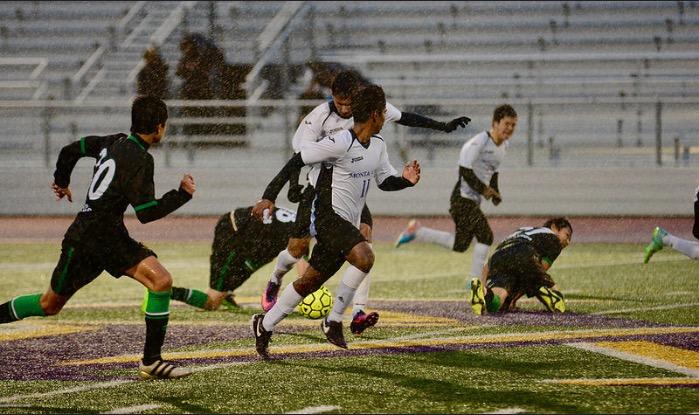 he players sat shivering underneath the sideline canopy using whatever remaining energy they had to call out to and motivate their teammates on the field. All of a sudden, everyone jolted up and off the benches. While a majority of the players remained stagnant, a pair rushed out onto the field with the game still in progress. The referees continued to let the game flow as the two players ran around rapidly. Eventually, after about a 10 second chase, the players caught the canopy tarp that had flown off Homestead HS’ bench. The madness in that instance captured the very essence of what was a sloppy and disorganized game by both teams in weather conditions that certainly did not help. In the end, HHS was able to take advantage of MVHS miscues and lack of possession to close out the game with a 3-2 victory.

The Mustangs started the game off by winning a corner. HHS crossed the ball into the box and converted a header past senior goalkeeper Sassan Hashemi to grab a 1-0 lead. The Matadors struggled to maintain possession and were often running after the ball and were caught in bad positions. Up until the midway point of the first half, no real scoring chances arose for the Matadors, but they were able to contain the HHS attack. Then, at about the 25 minute mark, a turnover allowed HHS to gain possession with open grass ahead and extend the lead to 2-0. Later in the game, MVHS lost the ball deep in their side of the field and HHS found another easy tap in finish to make it 3-0. MVHS won a penalty with 10 minutes remaining and senior Nikash Narula calmly slid the ball into the net to make the score 3-1. A few moments later, Narula won the ball at midfield and dribbled past the entire HHS team en route to a cheeky chip of the Mustangs’ goalkeeper. The goal, however, came too late, and Narula’s late game magic was unable to save MVHS from a loss. 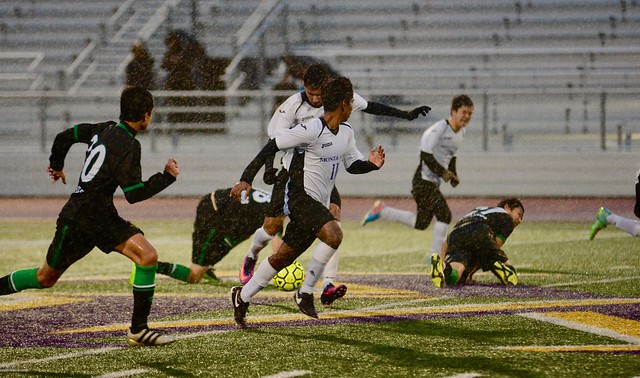