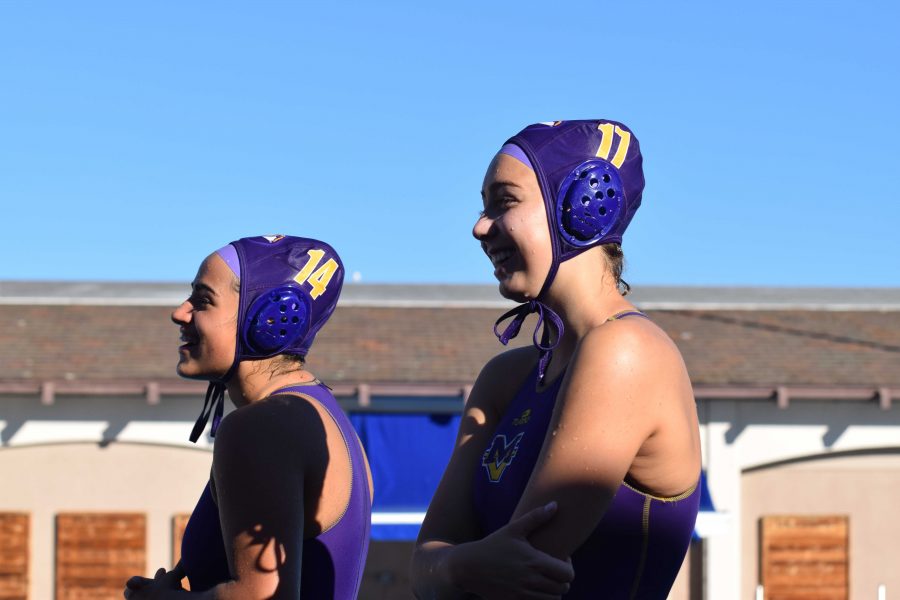 At the start of halftime on Oct. 20, MVHS was leading 8-1 against Milpitas HS, in their last game of the season. But the season wasn’t the only thing the team had to say goodbye to. Gathered at the edge of the pool in front of the bleachers, where all the parents and friends of players sat, the girls water polo team reminisced about the memories they shared with captain and the only senior, Shannon Reid.

Tang and Reid have played on the same team for two years. Reid has played water polo for three of her high school years. As team captain, Reid has been a mentor for many of the younger players, especially freshmen.

As for sophomore Anika Cheerla, what she will miss most is making spontaneous memories with Reid.

“I remember all the car rides to games when you blasted your music,” Cheerla said.

Aside from sharing memories from outside of the pool, Reid was a huge part of the team. According to Mylvaganan, Reid brings the team together and sets plays for them during games.

As for Reid, she will definitely miss playing at MVHS. But her water polo journey won’t end when she graduates. She plans to play Division III water polo in college.

After the players were done sharing their memories, the audience clapped and the girls returned to the game for a victorious second half.