Cat’s out of the bag: Musings of a tiger daughter 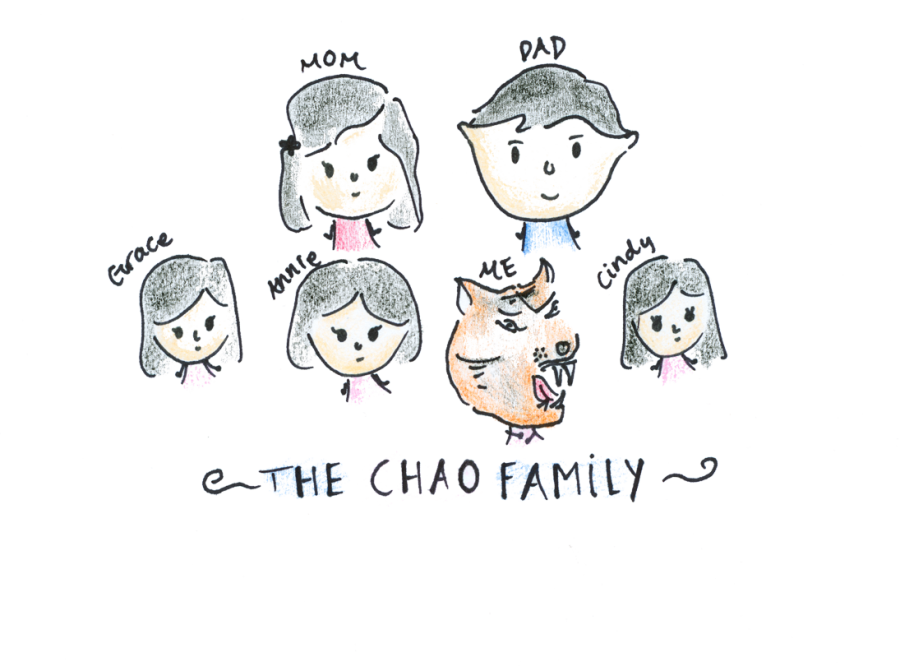 Good sir, that “A” is unsubstantial and superficial, unlike my untraditional chopstick-holding. I live in America, land of the free and “be yourself,” so I can strangle chopsticks anyway I desire.
See? I have a legitimate reason for holding chopsticks differently. And you mosey along with an “A” on a test you didn’t study for. I studied for four hours, while I’m wallowing knee-deep in a “C-” pit. It baffles me.

Enflamed by your success and in an effusion of envy, I’ll write 10 interpretations of Piggy’s spectacles, in preparation for next month’s in-class essay. I’m traumatizing myself, academically, to beat you.
I’m absolutely outrageous, and one of those crazy MVHS kids.

Concerned reader, the first step to purging my competitiveness is to, well, give up! Kudos to my Matador mother for still trying, albeit failing, to corner this raging bull who sees the world in red-tinted glasses.
Oh, you’re surprised?

Were you under the impression that I have a so-called “tiger” mother? One who voraciously scrapbooks all the ads for PSAT and SAT prep classes? Reproves you for breathing, as it disrupts the rhythm of polynomial factoring? My mother buys me milk tea and popcorn chicken after every math test and accepts my B-minuses in stride. My father reminisces of his schoolboy life fraught with Cs and Ds, as my three sisters proclaim, self-righteously, “Some people don’t have to try. Deal with it.”
Of course, I whip off my headphones and retort, “I know,” (I don’t) and continue to marathon Khan Academy.

In eighth grade, I wrenched open the car door after school, sobbing fitfully and my mother demanded, “Who bullied you?”
And I blubbered, tasting salty tears, “I-I-I got an A-minus on my science test.”
Oh, I see that disgust, and I hear you incessantly swearing at me. Or is it the
voice inside my head, bashful, because who despairs over an “A-?” Pathetic, try-hard me. 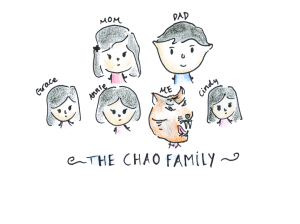 “You try so hard. You try at everything.” Perhaps it’s my self-consciousness and over-interpretive nature, it’s as if “trying” – in this school festering with geniuses – suggests negative connotations and shoots a condescending smirk your way.

It’s as if whatever you’re doing, whatever test you’re slaving over, is challenging for you, and that’s the reason you have to try. Or as Mindy Kaling phrases it, “That’s why I’ve never understood the compliment effortless. People love to say: “She just walked into the party, charming people with her effortless beauty.” I don’t understand that at all. What’s so wrong with effort, anyway? It means you care. What about the girl who walked into the party, her determination to please apparent on her eager face?”

Or, in Monta Vista lingo, “He walked into math and got a 110 percent without trying.” What about me? Who swaggered into math, studied five days beforehand, and left, dejected, with a “B-”? I couldn’t bear the double-whammy: I had tried. I had failed. Intriguingly, the second statement overshadowed any positivity of the first.

In a twisted way, my mind wished for a stereotypical tiger mother. If I had a tiger mother, I hypothesized, I’d be sailing through Chemistry and sleeping eight hours. Instead, I griped, I had been sentenced to  a “normal” childhood! By golly, my childhood consisted of “fun in the sun” from morn’ to noon instead of prepping for next year’s math material. And now, sophomore year, I was paying the terrible price for a slacker childhood: I was trying in school.

Never once did I consider the negatives of a tiger mother or father. Parents can helicopter their living-at-home teenagers, subjecting them to ridiculous study schedules and determining their bedtimes. Yet with their teen’s first step onto a college campus, he or she is finally independent and at a complete loss, having been babied for 18 years.

My delusion has dissipated, thankfully. Somewhere along the way, I realized my trying deserved an “A.” As long as I knew that, all was right in the world. It’s no use, I often reprimand myself. Ultimately, if the letter grade is ridiculously unreflective of the stress behind the scenes, well, that’s that. Even if I am “trained” enough to easily earn A’s, there’s no telling whether straight A’s would even meet tiger standards.

So, I’m practically off the rails these days. Whatever with all the grades, considering skull tattoos. Yeah, you know me.

I hold my chopsticks wrong.