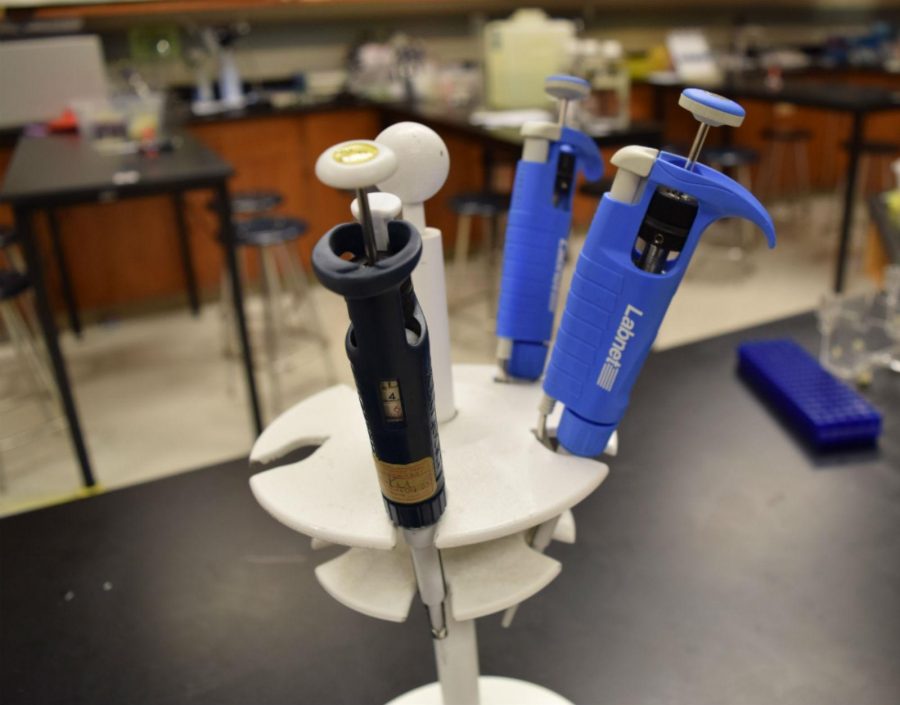 ounds of boxes containing biology textbooks and filed away papers are spread across the laboratory counters of room B101. They are topped with a thermal printer, a special piece of equipment used to print images on heat sensitive paper. Specifically used in AP Biology classrooms to produce images of DNA for labs, this printer is one of many technological advances being implemented in classrooms to further students’ education.

AP Biology teacher Pamela Chow believes that biotechnology is a pivotal part of her class, since the biotech molecular type labs her students do often match with the content she teaches and they provide skills her students can use in real scientific environments.

“It’s also nice because being a class for juniors [and seniors] it gives a lot of our [students] who want to do research exposure to those skills, and then sometimes they’ll come back and say ‘I was in a lab over the summer and I already knew how to pipet and no one else did,’” Chow said. “It’s nice because there [are] very real-life applicable skills that they’re going to get from biotech.”

Although not necessarily referring to biotechnology, AP Chemistry teacher Kavita Gupta believes that technology benefits students both inside

and outside the classroom. Gupta believes that the number one benefit of living in Silicon Valley is the resources it offers. Last year, a panel of NASA scientists were present at the “The Martian: Deconstructed” to help answer students’ questions about the STEM industry.

Though technology is advantageous in classrooms, there are still downsides to incorporating it into a school’s curriculum — such as the expensive cost for new technology as well as its potential to be a distraction, leading to a less productive classroom.
“In a social aspect, having computers in class is kind of distracting, but the positives outweigh the negatives,” junior Neha Mylvaganan said. “[Technology] makes things a lot faster. Instead of spending time figuring out ‘what if?’ we can actually get the results on our own [using machines] and analyze what happened.”
Chow says that since technology is a vital aspect of Silicon Valley, it has become more natural for it to be a part of education, and therefore have a real life application. She sometimes jokes that the AP Biology labs are things seen only on CSI, but it’s true to some extent. Being in the Bay Area where there’s a lot of biotech and medical advancements makes it more real to the students, even when it’s seen on TV.

“What we’re hearing about is not just something theoretical. You could see a story on the news and it could totally match whatever we’re doing in class that day,” Chow said. “I would hope that makes it cooler, because then it’s not just something [you’re] learning in school, it actually matters to the world.”