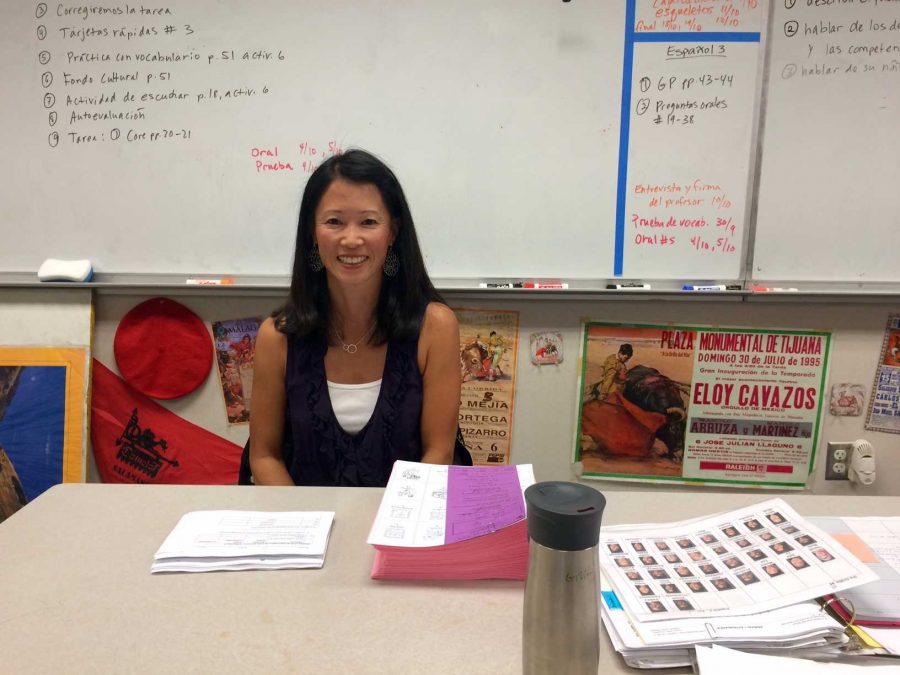 Akshara Majjiga
very year, Spanish 3 students at MVHS are expected to learn the history of Francisco Franco, the geography of Ecuador and the subjunctive tense. But this year, it’s a little different. The Spanish department has decided to transition from using Buen Viaje 3 to using Realidades 3 as their primary textbook for Spanish 3.

Spanish teacher Maria Autran who teaches both AP Spanish and Spanish 3 said that the shift in the Spanish 3 curriculum allowed her to teach things that were more relevant to the AP class and exam. According to Spanish 2 and 3 teacher Richelle Griffin, the focus on grammar has remained similar, but the new vocabulary is more relevant to daily life. There is a shift of focus from history and culture to conversation and new words.

“There’s still culture,” Griffin said, “but there are more fun ways to teach it, like a folklore story. So they’re not losing [the culture], and I actually think that it’s an improvement because it’s presented in a more interesting fashion for the students.”

The Spanish department has been thinking of switching to Realidades for many years but have only now had the funds to do so. Griffin feels that, since those who begin learning Spanish at MVHS follow the Realidades textbook through Spanish 2, this will be an easier transition in terms of vocabulary than the one Spanish 3 students have had to face in the past.

A lot of Spanish is based on directly talking to people instead of learning about what happened in the past.Junior Payal Lariya

Since this is a new change, it will take time to establish whether it has helped Spanish students on their course of language learning, But Griffin feels that since many students did not enjoy the heavily historical content of Buen Viaje Spanish 3, Realidades will be a more enjoyable curriculum for students. The new curriculum is also far more conversation-based, which many students will find beneficial to their understanding and application of the language.

“I feel it’s a lot better,” junior Payal Lariya said, “because a lot of Spanish is based on directly talking to people instead of learning about what happened in the past.”

The new curriculum will hopefully help new students develop an understanding of the culture and history of the countries without presenting an abundance of content that is difficult to understand and remember for nonnative speakers. Junior Christina Nguyen reported spending hours to “remember how hot Honduras is.” Griffin also believes that the reading presented in Spanish 3 previously was above the reading level of most students and hopes Realidades will help bridge this gap. However, there are some concerns with this new curriculum.

“That’s one of the challenges: how [we’re] going to incorporate the writing portion for this level,” Griffin said. “We haven’t quite conceptualized it yet.”

Still, the teachers are looking ahead to the next few years of more prepared students and a more balanced curriculum.