Cat’s out of the bag: KPOP, my ultimate weakness 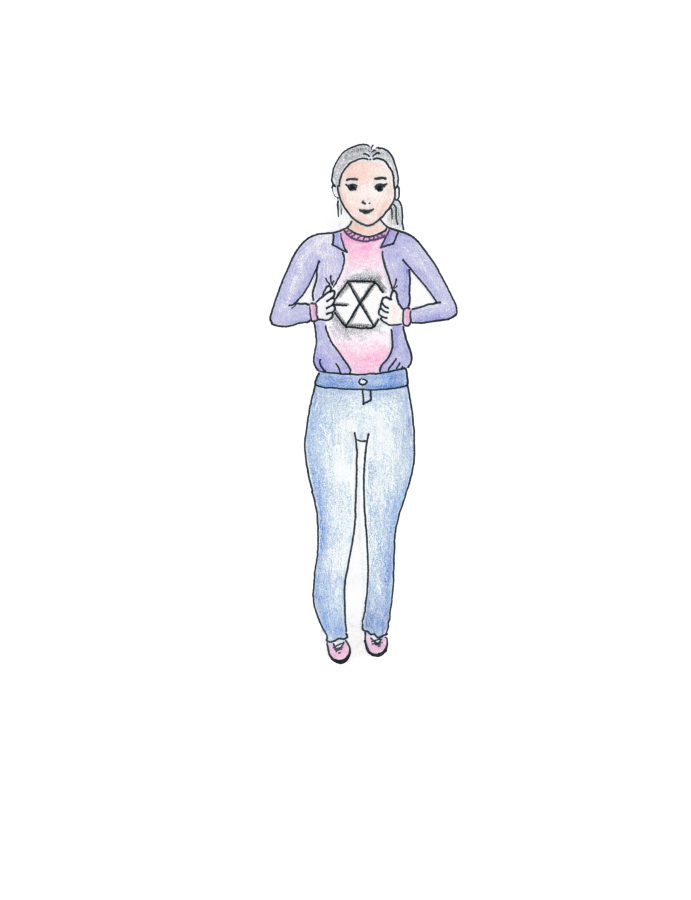 have got to say, I used to be proud of my individuality.

Emotionless toward boybands, whose skinny-jean tightness and adolescence are dictated by record companies.

I was (and still am?) a sophisticate. I appreciated the greats, I hummed Frank Sinatra and Dean Martin. And now all I do is sing Kpop in the shower.

It’s your fault, BTS. The Bangtan Boys, the Bulletproof Boy Scouts, or whatever BigHit Entertainment, your Korean record label, decided to name the seven of you boys. Dangnabbit, EXO! Who am I to resist nine Asian guys with dyed hair and coordinating outfits?

Originating in South Korea, Korean pop is a genre of music in which the visual elements, theme, outfits and music videos are as important as the song itself (typically dance-pop or electro-pop). Kpop idols first begin as trainees, in binding contracts with management companies like SM Entertainment, and train for several years in vocals, dancing and foreign languages before debuting.

In the recent years, Kpop has summoned a terrifying, Roman legion of Western fangirls and fanboys. In November 2015, BTS’s album, “The Most Beautiful Moment in Life, Part 2,” charted at number one on Billboard’s World Albums Chart for 11 weeks, while fangirls simultaneously sobbed happily for 11 weeks.

And while it breaks my boyband-calibrated heart and soul, the Kpop industry is often jeered at and disapproved of.

The plastic surgery, all the skinny girls who look the same and the autotuned music.

You know what I’m talking about.

As animated as I am with best friends, I’ve never been that gabby, irritating extrovert in Socratic seminars (at least, I hope). Ever since seventh grade, I’ve stopped being a hand-raising, wannabe Hermione Granger and initiating conversation with classmates. “Extroverting” is exhausting.

I interpreted my shyness akin to that of a reflective, meditating-under-a-peach-tree individual, who maintains an eerie yet superior air! I read “Jane Eyre” (Correction: I tried and failed to read “Jane Eyre”)! I was and am a reasonable girl.

I used to not be a fangirl who obsessed over some Korean idol dying his hair a darker brown. I would never fall victim to the ploys of Kpop marketing; I wasn’t going to give this plastic surgery music industry, these conglomerate companies, any more cash or Youtube views!

It’s the ole “don’t judge a book by its cover” mantra. In all honesty, if you watch a Kpop music video for the first time, you’ll shrug your shoulders disinterestedly. Nonetheless, this Korean One Direction is more bearable than “Jane Eyre,” so one tentatively watches a second music video. And watches. Sooner or later, you’ve distinguished your bias (the OH. MY. GOSH. member of the group) and set his candid as your lock screen.

Welcome to the madness.

Yes, I’m trying to enlighten the obstinate and ignorant, the non-kpoppers roaming the halls, rolling their eyes at that one Kpop-obsessed friend, saying, “Oh, they all look the same. Don’t all Kpop idols do plastic surgery? So unnatural. Why are all the guys so girly looking?”

Kpop, I mused, clashed with the reputation I had painstakingly upheld-the calm, contemplative shell I so boasted.

I still felt ashamed of my Kpop obsession. Out of my sisters, I was the sensible one. My father and mother acknowledged me as the one who blasted Tchaikovsky’s Sixth Symphony while studying for biology, the daughter who declined to go to San Francisco with my sisters for a day because that’s tiring. And now, to speak aloud of my infatuation with boybands, to my father, who, every time I wear skinny jeans, angrily preaches how skinny jeans interrupt the blood circulation in the legs? The very idea.

Billy says, “Oh, I like Drake! Bob and Joe say Chance the Rapper and then there’s you, infatuated with, “err, Bangta-, err, the Bangtan Boys?”

Mary Beth sings, “Hello, it’s me, I was wondering if-,” and you screech in the girls’ locker room, at the top of your lungs, “YOUR FACE IS FRESH. LIKE A SALAD.” (Actual lyrics from BTS song “Where did you come from?”)

But guess what? Whatever. Who cares. If I like Kpop, well, I like Kpop. lf some upperclassman or classical music lover jeers at this article or me when we pass through the halls, so what? I’ll be a fangirl if I want. I’ll accept the scandalous fact that I’m susceptible to guys with swooped hair. Even if my current, reserved reputation suggests the opposite.

Stop snickering, would you?