To feel pretty: The emotional toll of beauty 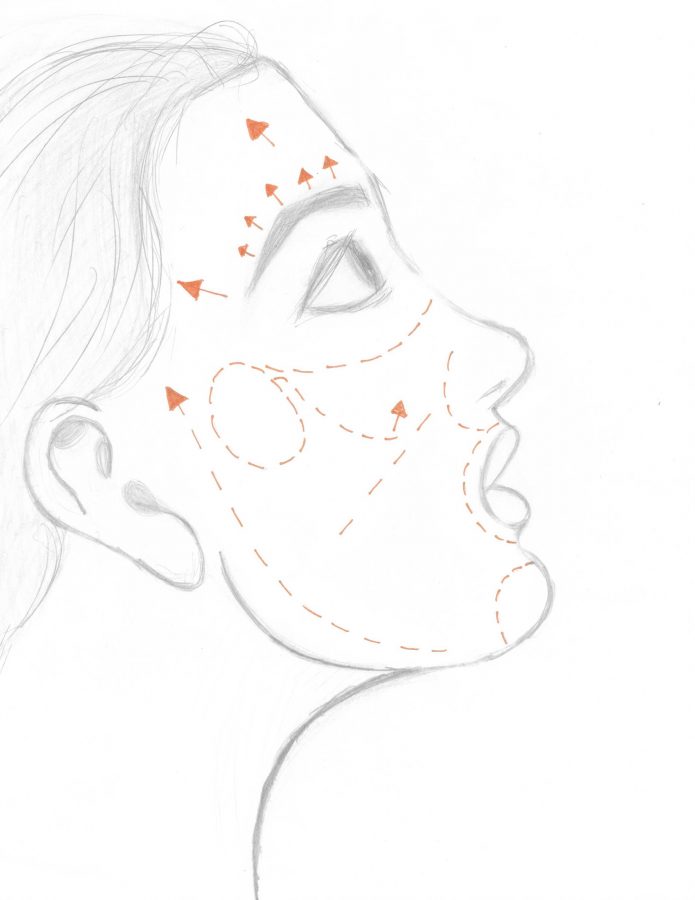 s the class naturally split up, Senior Ethan Yao couldn’t help but feel excluded. He stood by, watching them all pair off within themselves and chatter incoherently. Waiting. Wondering. He did what everyone else was doing: attending the class, participating, working. But he just didn’t fit in.

Thin bodies paired with cheerful personalities surrounded him, and in every way they appeared radiant. He looked around to realize that he was indeed a great deal different. The pitch of his voice, the shape of his body, his melancholy personality, his introverted tendencies. He wasn’t the same as them.

To him, they were beautiful.

Beauty. It lies in the forefront of our minds, and we can’t help but apply the standard to ourselves. We often diverge from our own personal beliefs, fascinated by the sheer concept it encapsulates.

“Beauty is in the eye of the beholder,” Yao said. “If you try to live your life trying to appeal to other people and be beautiful in front of other people, then you’re going to waste a lot of your time.”

But, despite this powerful belief, Yao couldn’t and still can’t help but get stuck in this afflicting cycle. Fearing the possibility of being deemed ugly and having the desire to appeal to those around him, Yao felt the need to establish change within his own life.

He focused on where he felt the negative differences most strongly: the fat on his stomach and the fat on his face. He was continually told by the doctors that he was overweight. Yao, who couldn’t help but compare himself to the more slender frames of his peers, decided that he, too, would become skinny.

He tried one method after the other: exercise, eating healthy and joining dance. All efforts made to discard his feelings of self-hatred. All to feel beautiful.

He tried adjusting everything he could — his sense of humor, his walk, his diction, and his laugh. Despite all efforts he was met with unsuccessful results, and while he knows he should be himself and be proud of who he is, Yao also believes his looks have an impact on how people perceive him. Beauty affects their willingness to befriend him. But that mindset has slowly changed him. It has left an impact in Yao’s life that he both regrets and feels thankful for. To some degree his troubling experience with beauty has shaped his personality into a new level of maturity but it also led him to times of emotional distress.

He was set on fixing the flaws he found in himself that made him unhappy. He yearned to erase their existence out of the picture, an act senior Henry Wang does on his computer.

Although it’s not often that people ask Wang to make them skinnier on Photoshop, the infrequent, yet occasional request still stuns him. As a portrait photographer, he usually complies to the requests of his clients, but, in his opinion, he sees no need to change their bodies. He watches people scrunch their face as they scrutinize pictures of themselves, finding and magnifying their slight imperfections in the frame of the camera. They try changing themselves to meet the beauty standards prevalent in society.

“People are their own worst critic. [They] see themselves and they’re more judgmental about themselves, way more than how other people see them,” Wang said. “Other people just see them and they might think that they’re perfectly fine — they’re beautiful.”

The need to appear socially acceptable within these beauty constructs is anything but new, but for sophomore Kelly Marzolf it is far from understandable. As someone who can’t grasp the obsession that lingers behind its presence, Marzolf deems beauty unimportant and at times ridiculous.

“If you let that type of stuff affect you, you’re never going to actually be happy,” Marzolf said. “I’m not going to waste my time on trying to be ‘beautiful’ because society thinks I should.”

The way she chooses to present herself has always revolved around comfort and joy rather than the opinions of others. The clothes Marzolf wears, a simple T-shirt paired with jeans, is for her and not anyone else. She ignores fashion and whatever items of clothing are in style, because they simply don’t matter to her. This is a moral she’s naturally had since middle school when she sported pink sweats, long striped socks and a pair of crocs. She liked tying her hair up in a ponytail just as she liked basketball shorts and her velvet sweatsuit.

Despite her carefree attitude, she still sometimes finds her thoughts strangled by the concepts of beauty, with a pervasive desire to be taller, fix her figure, straighten her hair — but Marzolf never lets those negative thoughts leave the walls of her mind. She refuses to allow them to dictate her life for she knows that she must accept herself for who she is and never seek acceptance from others.

But, as Marzolf looks around, she notices that people are driven by the approval of others. Marzolf has experienced this firsthand as she notices her peers’ obsession with the pervasive concept of beauty heighten. On social media, her friends mask their usual looks with fancy clothing and exaggerated makeup, resulting in a new, unrealistic version of themselves. They look  completely different.

Beauty. It is a concept that Yao now understands well due to his situation, and a concept that he battles constantly. With the constraints he places upon himself and the desire to become beautiful, he has quickly learned valuable lessons such as his newfound belief that beauty is created entirely by people as way to categorize objects. Alongside this, he now looks out for himself in a caring manner. But past decisions and mindsets leave lingering pieces behind, and it takes time to learn to accept oneself.

“I know I should be myself and be proud of who I am,” Yao said. “I tell myself that I need to feel beautiful before I should search for the acceptance of others.”