Highlights of the 2016 Welcome Back rally 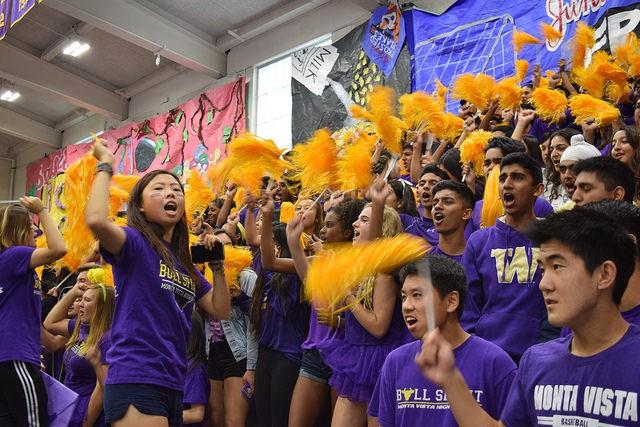 s the class of 2020 shuffled into their first rally, their heads turned curiously to see giant posters of cereal brands plastered across the walls of the gym. The class of 2019 had already begun to pick up their pom poms and assemble on the bleachers, accustomed to the routine and excited for their first rally as sophomores. Entering the gym on the opposite side for the first time, the class of 2018 walked with the pride of being upperclassmen and enjoyed the fact that they would finally get to see the performers’ faces. The only class left was the class of 2017, anxiously waiting behind the large poster, ready to break through and burst into the gym.

A rally full of firsts for all classes, the Welcome Back rally was filled with exciting and interesting performances and games. Whether you missed the whole thing or just want to relive the experience, here’s a recap of what happened.
Beginning:
Each class performed the “How do you feel” and 15-second cheers to pump up the energy.

First performance:
Despite a fall in the middle of their routine, the MVHS Cheer team recovered and presented an impressive and enjoyable performance.

Second performance:
The MVHS Song team performed second and captivated the audience with their upbeat routine to a mashup of Justin Bieber songs.

Rally Games:
Each class sent volunteers to participate in a relay race. Students hit a ping pong ball back and forth between clipboards into a trash can. From there, a volunteer ran to the edge of the gym and another stacked up mini cereals into a pyramid. A player from each team had to knock down the cereal pyramid with a ball inside the pantyhose on their head and the runner grabbed a water bottle and delivered it to a person in the middle, who had to chug the bottle and  flip it upside down to win. 2017 came in first place, followed by 2018, 2019 and 2020.

Third performance:
The MVHS Marquesas excited the crowd as they performed with high energy to Meghan Trainor’s “Me Too”.

Look through pictures from the rally here: 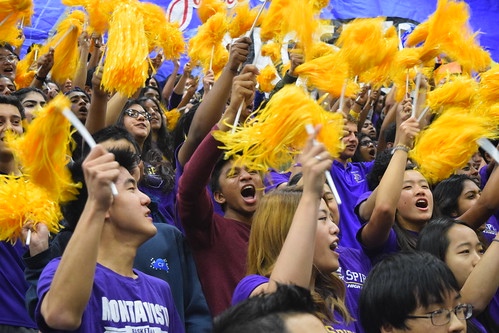