Ending a tradition: Why did Homecoming Quad Decs change to skits? 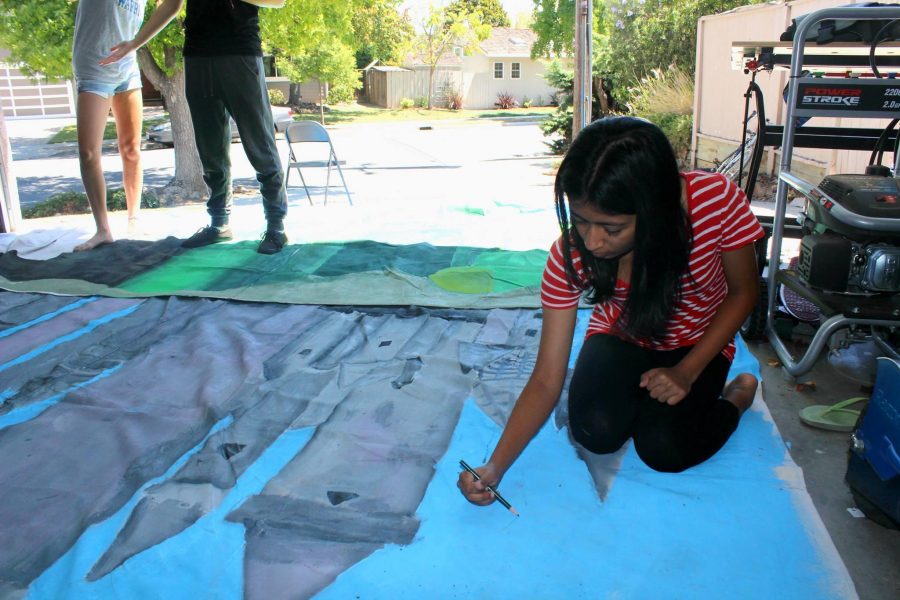 As another year of MVHS starts, students can expect the same back-to-school events: the Welcome Back dance, the rally, the back-to-school drive and the start of Homecoming preparations. Yet, instead of painting cardboard cutouts and boxes for Quad Decorations, students will be dancing and acting for a new type of Homecoming festivity. In June, MVHS Leadership announced that this year Quad Decs will come to an end. Its replacement? Homecoming skits.

“Even though [Quad Decs] was open to the whole class, it didn’t quite appeal to everyone,” ASB president senior Malika Singh said. “As ASB, we wanted to do something that would appeal to a lot more people in all of the classes.”

At the end of the previous school year, Singh and the other ASB officers pitched the idea of skits and created the guidelines and rubric. It was inspired by other FUHSD schools like Cupertino and Lynbrook High School, who also perform skits for Homecoming. According to LHS junior Leia Chao, the skits, each 20 minutes long, take place during an extended brunch period in the middle of the school’s main quad.

“The storyline is always about beating the school whose football team we’re playing [for Homecoming],” Chao said. “Last year we played Cupertino [High School], so [they were] the bad guy in the story.”

Even though Quad Decs are a tradition at MVHS, junior Divya Jindal thinks the Homecoming skits will be successful because it’s less time consuming and labor intensive.

According to Singh, the transition year will be the hardest. It may be hard to get students to participate due to the fact that the whole process of skits is so experimental and perhaps a bit confusing to some.

However, the setup is fairly simple: backdrops would be hung up on huge soccer goals facing the Rally Court and the skit would take place in front of the backdrop.

In schools like Lynbrook, the technological side of the process is made even easier by having the script read by “voicers”. The voicers read the play from behind the backdrop, with the actors simply mouthing the words in front. Whether that system will also be applied to MVHS’s skits as well is undecided as of now.

LHS and CHS also incorporate several pre-planned dances into their skits, but MVHS’s ASB has decided to forgo the dances and instead allow the classes to include any sort of creative talent into the skits.

Regardless of the obstacles and uncertainties, Singh is optimistic the skits will increase of participation.

“Give it a chance, even though we’re breaking a tradition,” Singh said. “Traditions are great, but they’re not necessarily the best thing for our school at this time. I think that [Homecoming skits are] something new that will grow to be even better.”