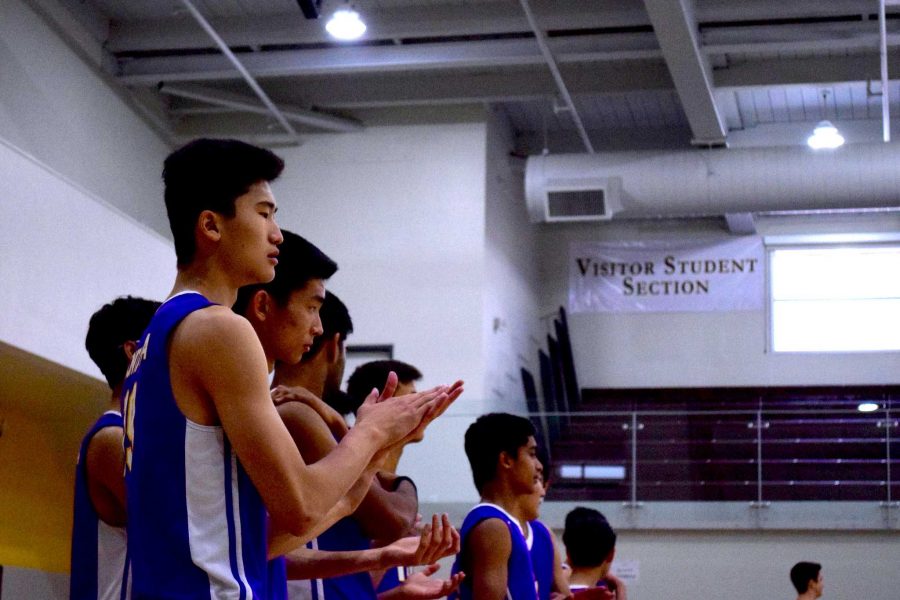 Additional reporting by Om Khandekar and Aditya Pimplaskar
“Win League, Win CCS, Win NorCals.”
The boys volleyball team has repeated this as their anthem for the past two seasons. Head coach Paul Chiu has always set high expectations for the team, and it worked. Last year, they ended with a league record of 11-1 and were league co-champions with Los Gatos High School. After a hard fought battle against rival LGHS, they won the semi-finals and made it to the CCS championships. As strong as the team was, they lost the championship to St. Francis High School and ended the season on a heartbreaking loss to Deer Valley High School for the NorCals semifinals.

For this season, they went 14-0 in league. With a veteran team including seniors Ethan Kulla, Nathan Mallipeddi, Alvin Lui, Eric Zhang and Alex Li, the Matadors and the whole school believed in them. Win League, Win CCS, Win NorCals. That was the dream, and it seemed entirely achievable at the momentum that the team was going. 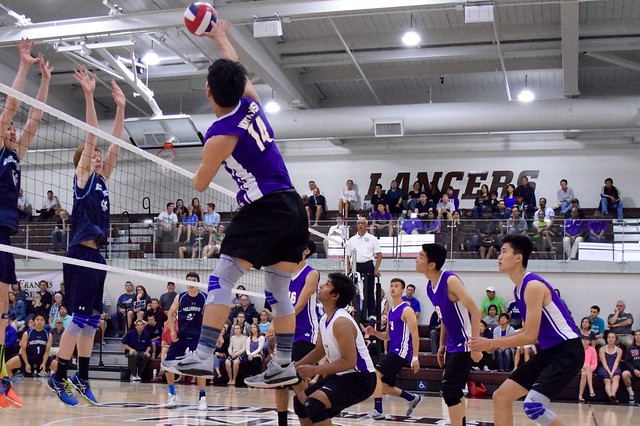 But this dream was cut short on May 14, when the Matadors faced Bellarmine College Preparatory for the CCS semifinals and lost 3-1(25-23, 23-25, 18-25, 18-25). The match was one characterized by the Matadors’ mental errors. MVHS has known since the beginning of the season that their Achilles heel is making unforced errors. Conquering their own weakness has always been a matter of “executing their plan.” Head coach Paul Chiu emphasized throughout the season to the players: if each player does what they’re supposed to do, nothing can go wrong.

And even though the Matadors started off the match with a win in the first set, their play and strategy broke down as the pressure got to their heads. In a CCS match, there is no room for errors because every point counts towards a win, or a loss.

“I think all of us expected to win,” Li said. “What we didn’t calculate was playoff pressure, new environment, [since] we’ve never been in this gym before. And Bellarmine played out of their minds today.”

The teams were evenly matched in terms of skill — it was clear from the very start that it was going to be a tough match. MVHS came out on the top for the first set 25-23. Li, Mallipeddi and sophomore Jason Shen’s powerful hits pushed through the weak BCP block.

If you get knocked down by your mistakes, you’re never gonna bounce back.sophomore Jason Shen

Coming off the win, MVHS started off the second set strong, leading 7-4. Mallipeddi made key hits and blocks to propel the team forward against the Bells. However, BCP was able to catch up with a couple of kills that went through the MVHS block. On top of that, the BCP blocking improved tremendously.

“The second and third game, the frustration was in there when we weren’t doing as well,” Shen said. “But then if you get knocked down by your mistakes, you’re never gonna bounce back.”

The score was close through most of the second set, moving up in ties. With the scored tied at 20 points, BCP started pulling ahead. The Matadors put up a fight and the second set ended as a loss for MVHS, albeit a close one at 23-25.

Following the loss in the second set, the Matadors forgot how to do what they were best at — executing the plan. They missed serves. They shanked passes. They hit out of bounds. And one after the other, the mistakes added up.

You could see the frustration among the parents, the coaches, the alumni who came to watch and most definitely, the players. The team was capable of dominating this match, but for some reason, they just weren’t. So the Bells won the third set by seven points, 18-25.

Of course, BCP was a strong team that knew how to pull ahead in light of MVHS’ errors. Their hitters developed their rhythm after a shaky first set. The Bells’ setter senior Jacques Abi-Hanna led their offense in generating attacks and taking advantage of opportunities to place the ball in the middle of MVHS’ court. That being said, MVHS’ setter Zhang played consistently throughout the match — he led the team on the court and threw in a couple of his own trick plays against BCP.

“I just want to keep the [BCP] defense honest, and make sure they keep my set in mind,” Zhang said. “They found our weak spots on defense.”

In the last set of the match, the Matadors’ defense fell apart due to errors that were new to the team. Miscommunication first broke down the defense — the players panicked and ran into each other because they weren’t calling the ball. They just wanted to get one good pass to set up a good hit. That’s all they needed for a side out and a comeback. But even after MVHS hitters, especially Li, made kills, the team’s numerous errors pulled them back down again.

Small plays are momentum shifters and if we just swing momentum in our favor we can come back, and it’s never over until they get 25.Senior Nathan MallipeddiThe second fault in their defense was that the players positioned themselves to defend the areas already covered by the block, so the BCP hits caught the Matadors off guard one too many times.

With the Bells ahead at the end of the fourth set, the immense frustration and disappointment were clear in the players’ eyes. They weren’t giving up, but they weren’t succeeding either.

“I was thinking, ‘one play at a time’, like to get a block or a hit,” Mallipeddi said. “Small plays are momentum shifters and if we just swing momentum in our favor we can come back, and it’s never over until they get 25.”

MVHS called a timeout with the Bells ahead at 18-22. Chiu talked to specific players, and the rest of team just drank water — they already knew what they were supposed to do.

Out of the timeout, Shen’s outside hit touched the antenna. 18-23. Then, Li’s hit from back row went into the net. 18-24. The final point of the match was lost to a dropped ball in zone 4. Both Shen and junior Prathik Rao dove for the ball, but neither got to it in time.

18-25. Volleyball is a matter of a couple of points, how you’re playing on one specific day matters hugely. The fact that you broke records or went undefeated doesn’t follow you to the court. So the Matadors lost. Class of ‘15 alum David Chang explained how the match reminded of the NorCal semifinals loss against Deer Valley HS. The team felt cheated out of the rest of their season — all at once, it ended with a loss.

The team that wanted to win CCS lost the semifinals match. This was the end of the boys volleyball season for MVHS and a high school volleyball career for all five seniors on the team. After the last set, a silence washed over the team.

They were speechless — they had never expected their season to end so soon. No more practices, no more games, seniors had even made plans to go to NorCals Championships on the day of Senior Ball and now, they didn’t even have to bother. The team grew immensely close across the season.

As seen throughout matches, the boys would jostle each other or laugh in between points as they turned to the net, ready to play the next serve. It’s hard to go undefeated without having a solid team bond.

“[The season] would have been a lot different with a different team,” Zhang said, almost in tears. “But this team is the perfect team for me, and it was the perfect season.”