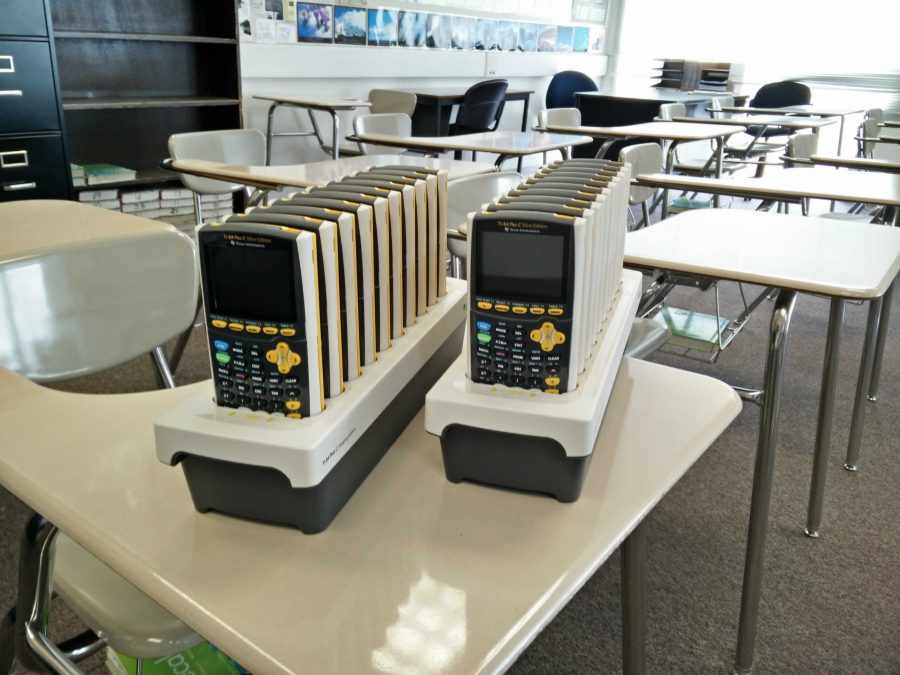 Daniel Lin
t isn’t often that the math department receives unused funds which can be used to better the learning experiences of students alike. But when it does happen, the extra funds go a long way towards improving education for students.

Every year, when the allocated funds for a department are not used up, extra money goes towards wish list requests from teachers. This year, the request for 20 new graphing calculators was approved, granting Bana the new equipment.

Besides the usual capabilities heavily used in Pre-Calculus classes, such as graphing functions, the new set of calculators are equipped with features such as colored, vibrant screens, rechargeable batteries and user-friendly interfaces.

The conceptual understanding of graphing definitely has improved, because we can graph it and see ‘oh, why did this happen’ rather than just focusing on first guessing the graph and then discussing it.”
math teacher Sushma BanaBana believes that graphing calculators play an instrumental role in students’ ability to conceptualize what they have learned, whereas more often than not, students use calculators simply to obtain the correct answer. The additional features on the TI-84’s, while marginal, greatly enhance math students’ learning experiences.

Bana hopes that finding applications for the new calculators will improve students’ learning in facets of not just math, but other subjects such as biology and physics.

“It’s not just the graphing,” Bana said, “it’s also using it in other ways, especially with data.”

Overall, Bana believes that the new calculators will allow students to hone their interpretation and problem-solving skills. It’s fair to say that while the function of graphing calculators has not changed much over the years, their applicability to students’ education has certainly come a long way.