New wave of construction to take place at MVHS 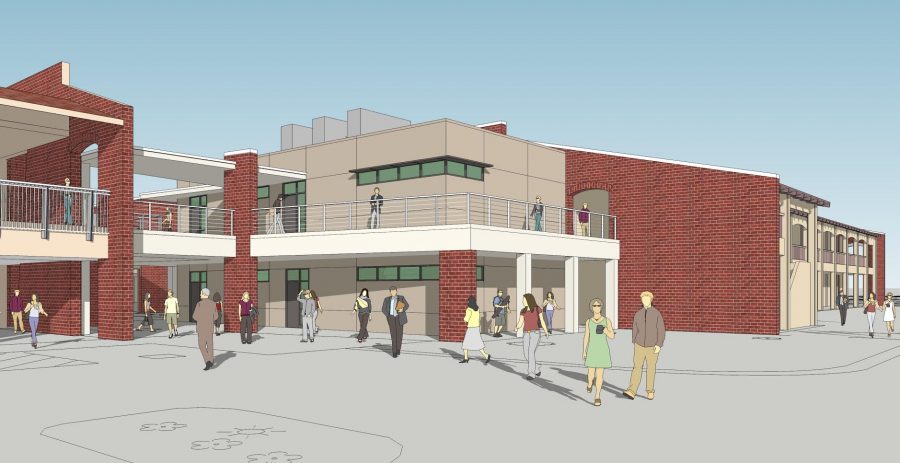 After making an existing A building bathroom gender-neutral in October, MVHS is planning to continue improving the campus for students and administration. According to Facilities Manager Chris Kenney and principal April Scott, construction of four new classrooms, two upstairs and two downstairs at the far end of the B Building, will begin during the summer of 2016.

“There will be a bridge connecting the B building to the D building,” Kenney said. “People can walk from the C Building or the B Building across to the D Building without having to go down and then go back up again.”

Scott reveals that the fenced area near the downstairs math classrooms in the D building will be taken away. The fenced area contains the boiler, which is the apparatus that provides the heating and air conditioning for the bottom floor of the B building.

“If you’ve ever walked by, [the boiler] is really loud and you hear it kind of whirling. It’s old and not efficient,” Scott said. The new classrooms will replace the boiler and new heating and air conditioning will be installed in the downstairs B Building.

Although the addition to the B building is the only finalized plan as of now, other construction is slated for the next three to four years on campus.

Additional plans
Some changes still have to be finalized, but the next big project is building a new entrance to the gym that faces the rally court. The dance studio will be moved from the D building downstairs to the new gym upstairs.

“Right now you stand in the lobby of the gym and you can just look straight up and there’s a balcony all the way around. You won’t be able to do that anymore because that second floor [of the gym] is going to be closed off,” Scott said.

Other plans like removing the five portables near the student parking lot to create an open walkway, establishing seating in front of the entrance of the auditorium and drought-tolerant landscaping in front of the school will be initiated in the next three to four years.

Due to the amount of activities held during the school year, there are plans to build a stage in the rally court. The stage will have built-in power and sound systems which can be brought there, plugged in, and projected out towards where students are. Students can now perform on a slightly elevated stage, and passersby won’t have to step over extension cords and sound systems when walking to their seats.

“I think that will improve the homecoming events beforehand,” junior Legislative Council member Mei Jin said. She believes that events in the rally court don’t draw that much attention because performances aren’t loud enough, and that having a stage will make performances look more professional and draw more people to the events.

“It allows us more flexibility when we start thinking about other events out there, and now we have a place that’s a logical center,” Scott said.