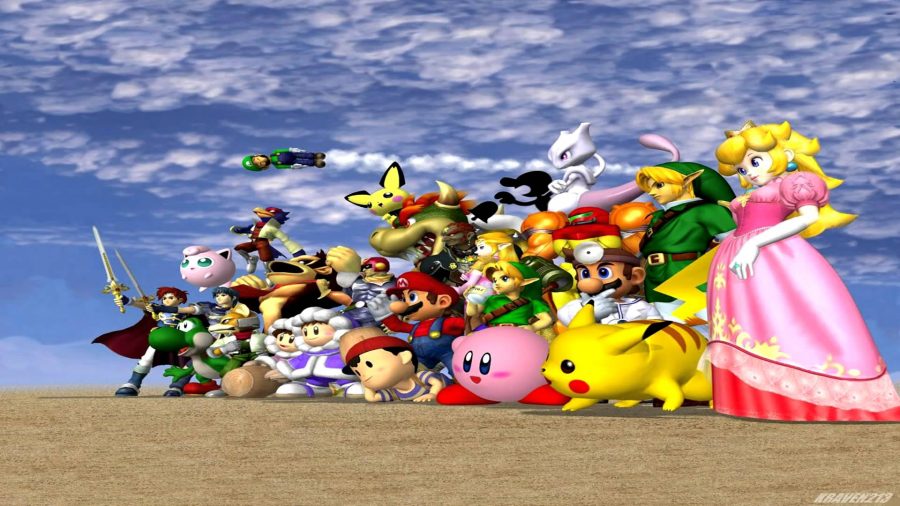 For one, the MV Smash club officers began the meeting with a trailer. A sense of familiarity filled the room as the club officers were constantly interrupted by friends in the crowd. The crowd was composed of 56 students, all boys.

After the short presentation, the crowd broke up into groups, scurried behind laptops that were scattered around the room, and the games began.

When physics and math teacher Michael Lordan walked into room C107 in the middle of lunch on Thursday, Jan. 21, a few gasps could be heard around the room. Rumors of Lordan’s Smash skills traveled the room.

Club vice president Junsung Park challenged Lordan to a Smash round on the big overhead projector. Lordan pulled out an orange controller he keeps in his backpack and accepted the challenge. Games around the room stopped as the members did not want to miss out on this peculiar matchup.

Before the round began, an important decision was to be made: which character to choose. Lordan chooses Yoshi when playing against friends and Marth when playing competitively. With Marth, he won the game. Characters can play a big role in the outcome of the game. Take a look at members’ favorite characters to play with and why.