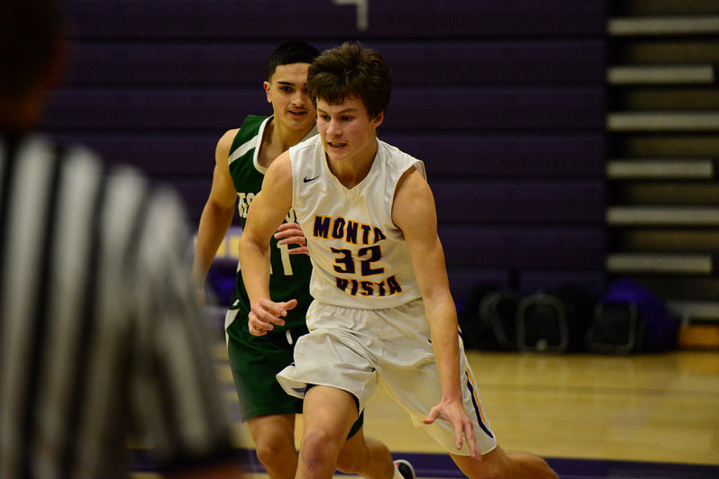 Dec. 29: Game 1
The Matadors had won three of their last four game and were finding their groove as they entered the Monta Vista Holiday Tournament. Coming in with a 4-5 record they had one glaring problem. That problem was their inability to play consistently all four quarters, which played a big factor in their opening matchup against the Los Altos Eagles on Dec. 29.

After an amazing offensive and defensive showcase to go up 15-4 in the first quarter, the Matadors immediately fell apart. By the end of the first, a strong push by the Eagles cut the lead to five and with impressive play from

Although the score was close, the Eagles had all of the momentum on their side and spread their wings in the third, as they went on a 15-2 run to go up 53-40. The Matadors only managed to score nine points the entire quarter, which was a direct result of a lack of offensive rhythm and an inability to hit shots. On the other hand, the Eagles erupted for 24 because of their three point shooting and defensive tenacity. A combination of both the Eagles pesky defense Matadors sloppy play led to them committing a season-high 24 turnovers.

By the fourth, the Matadors seemed as if they had lost their will to fight. LAHS pulled away and put away the game, winning 70-53. With the loss, the Matadors were pushed into the consolation bracket.
Dec. 30: Game 2
The Matadors next opponent was the Westmoor Rams, a team all the way from Daly City that was defeated by Wilcox High School the day before. Coming into the game, the Matadors were extremely confident. But it was apparent from the start that they may have overlooked the Rams’ 1-8 record.

size advantage with their two big men, Geha and senior Andrew Ding, they did not capitalize on it. Both players received very few touches and on the perimeter, the Matadors shots weren’t falling. On the other end, the Matadors played lockdown defense as expected. But the Rams, at times, were able to hit contested shots and at the end of the half, they sunk a technical free throw to give themselves the momentum in a 19-19 deadlock.

They carried this momentum into the third where both offenses finally started to click. It was a back and forth game until Granzella hit an and-one basket to ignite the bench and put the Matadors up five. These were the first

points of the MVHS’ 23-4 run. During the run, Gupta hit two critical three pointers. But he was overshadowed by Granzella, who went on an absolute tear. He was a force both in the paint as well as behind the three point line, scoring 12 points during the run and finishing the game with a career-high 22 points on 8-of-15 shooting.

With time winding down in the fourth and the Matadors already up 15, sophomore Ryan Lee added insult to injury by going behind-the-back and hitting a three to bring the whole gym to its feet. When the buzzer sound, the Matadors walked away victorious 58-40. While happy about the win, they knew they had a lot to improve on, especially offensively.

Dec. 31: Game 3
Although it was not what they hoped for, the Matadors had the opportunity to take home the consolation trophy on New Year’s Eve against a common foe, the Saratoga Falcons. Compared to the previous games, it was apparent that the Matadors came out with an increased desire to win.

Correction in video: The Matadors won 43-32 and received the fifth place trophy.

The Matadors were able to get off to a quick start due to solid ball movement and forced turnovers. But the Falcons were able to hang with them because of their three point shooting and dribble penetration.

Although the match was closely contested at the half, the SHS offense completely fell flat in the third. MVHS, on the other hand, went on a 14-2 run to push their lead to 14 heading into the fourth.

In the final quarter, the Falcons’ finally woke up. Offensively, they went to the rack possession after possession and on defense, they clamped down, preventing the MVHS bigs from getting what they wanted in the post. With under five minutes remaining, they had managed to cut the lead to six and forced Stiver to call a timeout.

“What you saw in the fourth quarter is what happens when you don’t do what you’re supposed to do,” Stiver said.

Right out of the timeout, the Matadors’ sophomore Zach Whong hit a corner three to bring the lead back to seven. From there, the Falcons weren’t able to hit their shots while Matadors hit their free throws to come out victorious 43-32.
Tournament recap
The Matadors finished the tournament with a 2-1 record and the fifth place trophy. Granzella was awarded with an all-tournament award, a large part due to his 22 point performance against Westmoor High School.

As the tournament progressed, the Matadors’ confidence kept on increasing and by the end of the final game, they believed that they were finally prepared for a league championship run.

“We got better with each game,” Stiver said. “Our first game, we came out like a team that hasn’t played in a while. The second game, we finally got the job done and did what we are supposed to do. [Our last game] we came out from the beginning sold.”

At the same time, Stiver believes that his team needs to play a lot more consistent if they want to continue their winning ways.

“It’s just tough to get everybody to have their good game at the same time, which would be nice because then we would be really dangerous,” Stiver. “But we haven’t quite done that just yet.”

Given the fact that the Matadors have never yet fully clicked as a team, it’s only scary to think of their potential once they do.