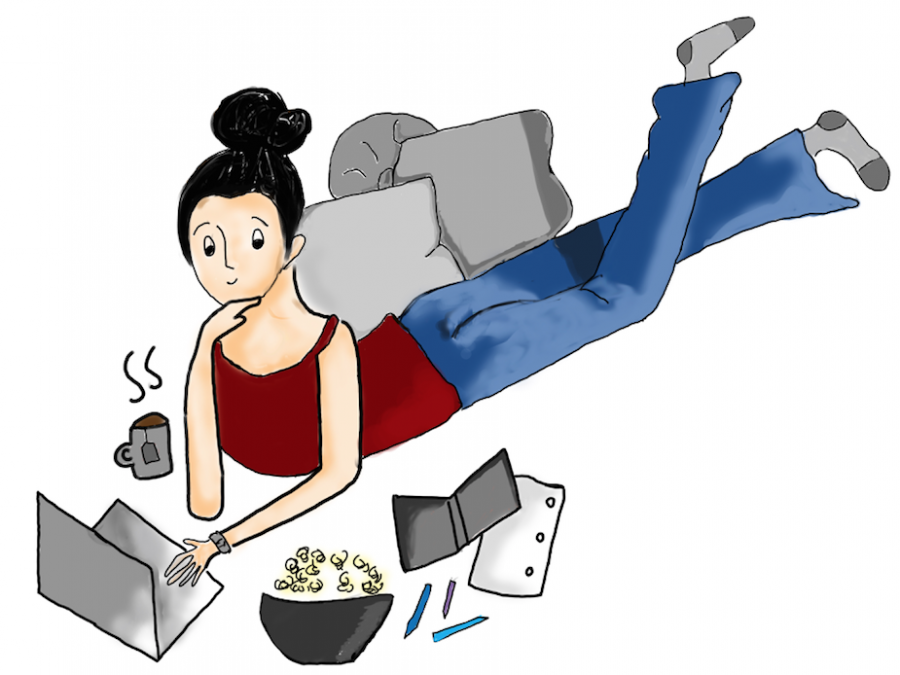 Ilena Peng
ach November, I’m bestowed with a beautiful gift known as Thanksgiving break, what’s supposed to be a cornucopia of food, sleep and fun. And among those two short school days off is Black Friday — a day that is much too hectic for me to even step outside. A few years ago, I swore I’d never again stand in one of those mile long lines. So I stay home, following my self-patented anti-Black Friday routine. After all, what is there for me to experience? It’s just an overly promoted marketing plan for every store across the country.

The hate I have for Black Friday is just slightly more than the loathing I feel for Rebecca Black’s “Friday,” which says a lot as my distaste for her song on a scale of 1 to 10 is roughly 9.1 billion — the amount of money people spent on Black Friday last year according to CNN.

Seven a.m. waking up in the morning

It’s Thanksgiving break, for crying out loud — I am not getting up at seven. Trust me, I won’t be up until noon at the earliest. By which time all the good deals will be gone since there are always overzealous shoppers each year who line up on Thursday night.

Gotta be fresh, gotta go downstairs. Gotta have my bowl, gotta have cereal

Not only would I wake up too late to get all the good deals, it’d be so late that it’s lunchtime. No one has time for cereal. Off to the mall food court I go.

However, it’s been several years since I’ve shopped on Black Friday. No longer do I have to endure the juxtaposition of overpriced food court items and discounted “made in China” products at the mall. In this 21st century marvel, I can get all the cheap products I want online. Apparently, there are online sales for both Black Friday and Cyber Monday, which just goes to show how this is all one huge sales promotion. Any shopping I do this year will be on my laptop, which ironically, I bought online on Black Friday the year before. 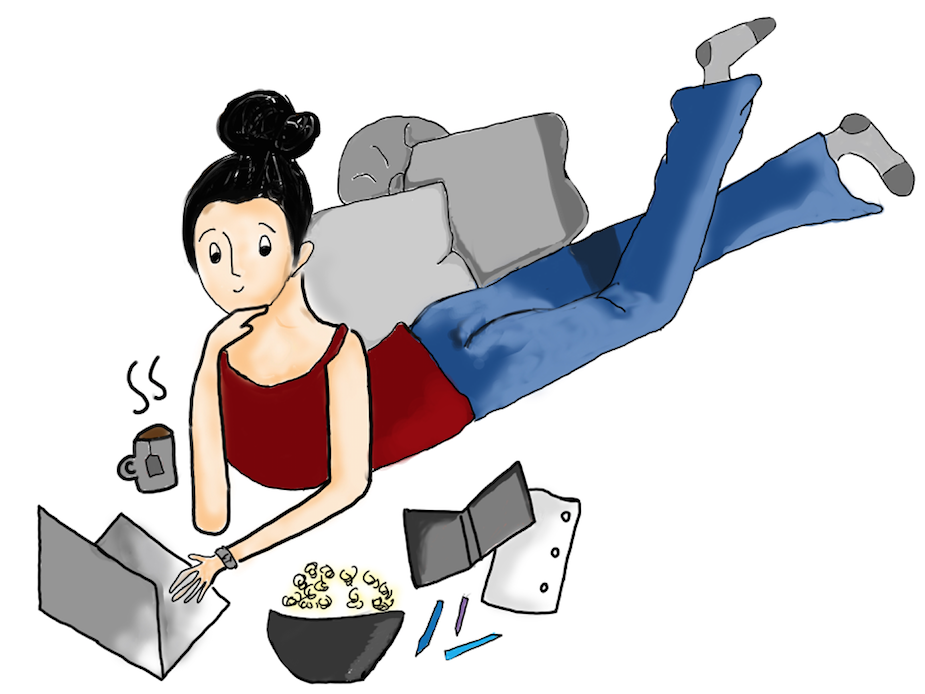 Seeing everything, the time is going

I don’t need to see what’s happening in every mall across the country. The image is painted right before me. I’ve heard all the horror stories. Endless “lines” that in reality, look closer to mobs. Waiting six hours for something and then having the product run out five minutes before you reach the front of the line. Carrying pepper spray just because, you know, humans can be bears too, right?

I’ll just sit at home with a bowl of popcorn beside me watching the endless movie of Black Friday disasters on my computer. Oh, did I mention that I’m also using this wonderful device to buy the exact same things that those pepper spray-carrying shoppers are?

I’m sitting with my phone in my hand, my computer still open on my lap. Unlike most people, I can sit and relax in peace. The ticking clock doesn’t bother me; I’m calmly reading “breaking news” about Black Friday. At the mall, the sounds of fragmented conversations overwhelm one’s ears. The hours of Black Friday are rushing by just as fast as the exuberant shoppers are.

The mall is a sudden flash flood of sweaty human beings and trampled feet.
The online store crashes right when I’m about to hit the “checkout” button.

I sigh and give up, closing the lid of my laptop. I get up and stretch, then pick up my homework. After all, it is just another Friday night and my two school days off don’t really offer that much consolation. I shouldn’t be using online shopping as an excuse for procrastination anyway.

Five minutes later, I’ve not only given up on shopping, but on homework too. It’s okay; I’ll do the homework eventually. On Sunday night. And I promise I’ll still go shopping. Monday night.

Looking back on my Black Friday routine, it seems rather unproductive. But in reality, what I need isn’t new clothes or gadgets. This routine is all I really need — a day at home by myself to destress and enjoy all the things I’ve neglected for months.

Originally published in the Nov. 2015 issue of El Estoque