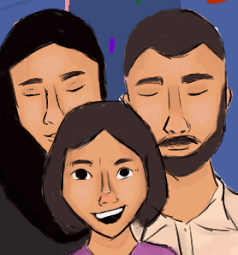 iddle Eastern refugees are flooding Europe as a result of the turmoil in Syria, Iraq, and Afghanistan. On the other side of the globe, the Obama administration has announced that it will assist the effort to resettle refugees by accepting over 85,000 of them in the next year. Not surprisingly, the decision of nations such as Germany and Sweden to accept hundreds of thousands of refugees has inflamed Islamophobic sentiment, where anti-Muslim groups such as the Patriotic Europeans Against the Islamisation of the Occident have protested the move. Alarmingly, this same type of Islamophobia has manifested itself in the United States within dialogue on refugees very apparently, which is why we can’t just resettle them where space is available. They need to be placed in accepting communities, and it just so happens that Cupertino fits that bill.

In a rally in New Hampshire, Donald Trump announced that he would send refugees back to Syria if elected as President. Not only that, but far-right groups such as Refugee Resettlement Watch and Center for Security Policy have openly warned of doomsday scenarios in which extremist Muslims come to the U.S. en masse, refusing to assimilate in order to try to establish Sharia Law. Refugee Resettlement Watch has even posted a Youtube video, with the founder of the group claiming that she “has become increasingly alarmed with the percentage of problematic Muslim refugees admitted and distributed around the U.S.”

It’s more than just newsworthy incidents. In 2013, the Southern Poverty Law Center, an organization that monitors hate crimes, estimated that 38 to 53 percent of religiously-motivated hate crimes committed in the U.S. were against Muslims, though they only comprise 0.9 percent of the population. We don’t want refugees to arrive stateside just to become victims of xenophobia. That’s why resettlement programs should place refugees, who are overwhelmingly Arab and Muslim, in cities and towns that have substantial Arab and Muslim populations.

That’s where we come in. Our city has a sizeable Muslim population, with mosques and Persian markets easily spotted throughout the area. We have a Muslim Student Association on campus, and hijabs are not an uncommon sight at MVHS. We’re a cultural melting pot, a community of immigrants. We don’t fear more newcomers. In fact, out of a survey of 352 students, 61% of respondents said they would be comfortable with refugees being resettled in Cupertino.

Professor Evangeline Abriel, a law professor and director of the Immigration Appellate Practice Clinic at Santa Clara University, explains that the government actually resettles refugees with the help of national non-profit organizations.

“Refugees are not consulted on where they would like to go once we decide to resettle them,” Abriel said. “The government sends refugees to nine non-profit organizations who then send the refugees to be handled by contracted sub-agencies, who finally settle refugees where space is available.”

Unfortunately, Abriel also said that refugees only get 90 days of assistance from the government and the non-profit agencies assigned to them, which includes services like food stamps, housing assistance, and English language classes. Given the limited assistance that can be provided, integration into American society can be tough, especially in the face of both language and cultural barriers.

It makes sense to resettle refugees in areas with people of the same ethnicities, it would make the transition to American life much easier.

That’s why Cupertino is the perfect fit. Our Arab and Muslim community provides a necessary sense of familiarity, yet we’re also a very diverse community that encourages integration.

There are a wide variety of options for physically resettling refugees, including renting programs, a tactic that is successfully being used in Germany by  matching refugees with local homes that are willing to rent out a room. But before taking action, we simply need to start changing the “we’re half way across the world” mindset.

Perhaps the resettlement programs that are overseeing incoming refugees should start sending them to accepting communities like ours, instead of places like South Carolina, before the government brings in tens of thousands of them. They fled their countries to escape fear. Let’s make sure they’re placed in welcoming hands so that they don’t have to face it again.