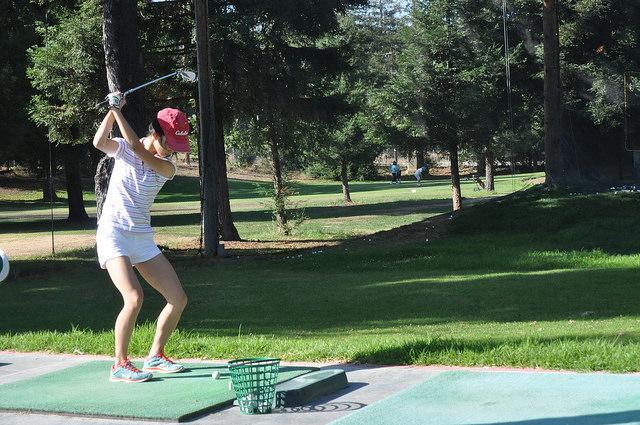 nlike other MVHS sports, girls golf meets at Deep Cliff Golf Course — it’s only about a ten minute walk down the narrow stretch of McClellan Rd. But a ten minute walk seems a long way from MVHS. After school ends at 3 pm, the Matadors make their way down McClellan with clubs, visors and backpacks, settling into the chairs on the porch of the Deep Cliff Cafe before the first practice of the season begins. The team travels from the cafe to a shaded bench, where new coach Barbara Tolentino and volunteer Larry Flora, who no longer will assist the team, discuss strategy, occasionally interrupted by the screech of an eagle circling the course.

Still, Deep Cliff’s languid pace does not inhibit the team’s tenacity. This season, a record number of girls tried out for the team. While girls golf used to be a no-cut sport, this year 12 spots were not enough for all 19 athletes who tried out, some of whom had never played the sport. In past years, players new to golf could hone their skills with four years of practice on the team.

“I was very surprised [with the number of girls who tried out,]” Tolentino said. “But this year we are not able to have a developmental component because of the numbers that came up.”

In fact, Tolentino appealed to athletic director Nick Bonacorsi to create a junior varsity team to promote this developmental aspect, an offer that could not be accommodated this year. But in spite of the influx of tryouts, the team remains almost identical to last year — only two new players were accepted to the team of twelve.

“[I think more people tried out] to get credits,” sophomore Florence Yang said. “And maybe there is more interest in golf because it is a more popular sport now.” 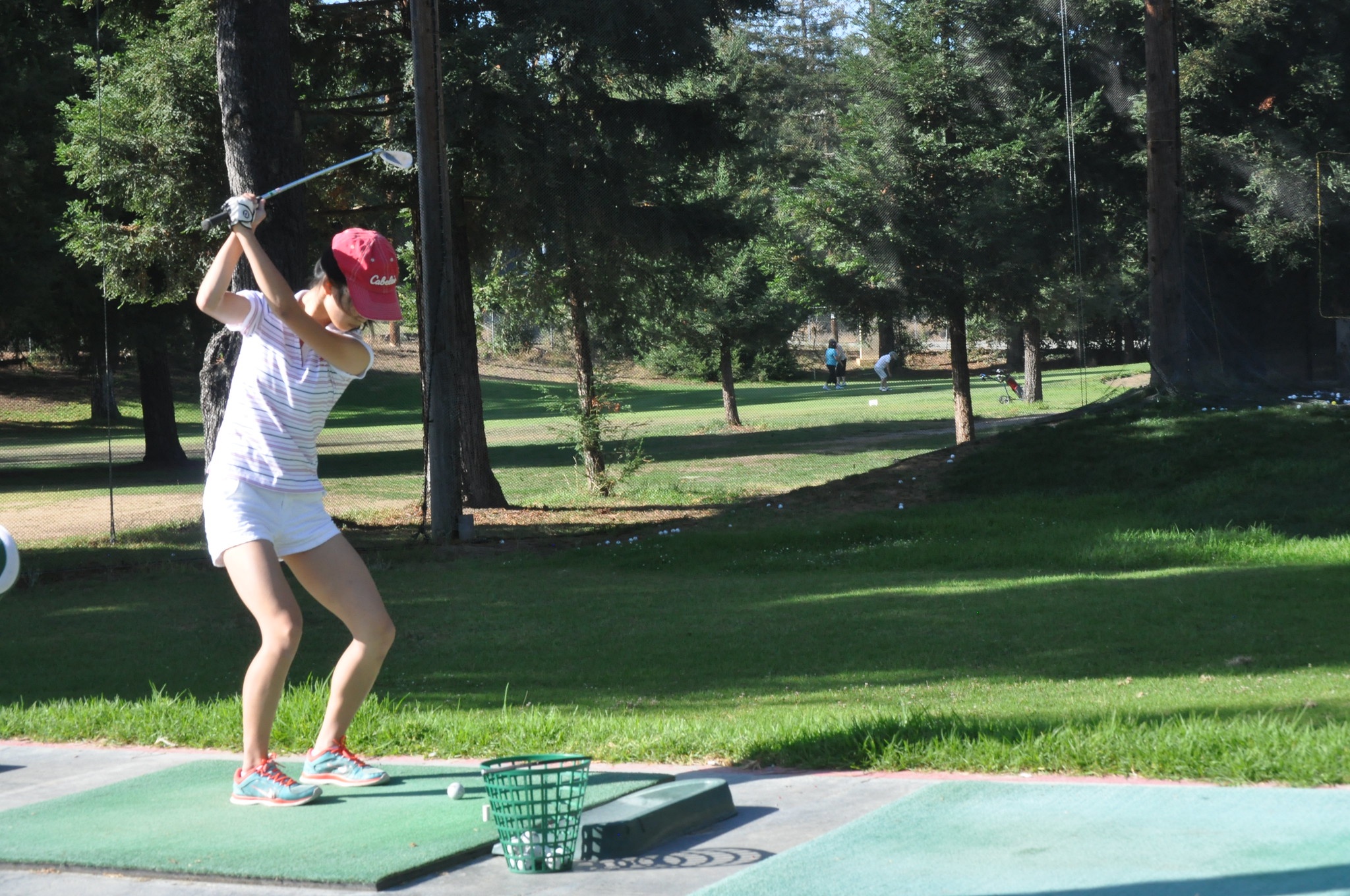 With the same core group, the team anticipates a season propelled by Tolentino’s enthusiasm for the sport and the girls.

“With this coach we can obviously tell she cares a lot, which passes on to us,” four-year veteran senior Anika Singh said.

Last season, the team sometimes conducted independent practices without a coach, and the girls have been encouraged by Tolentino’s heavy involvement with the team so far.

Nonetheless, Tolentino intends to focus more on individual development rather than the outcomes of matches. Traditionally, MVHS has not been a dominant force in the De Anza League, but Tolentino believe that the team will make a strong showing this year.

“I think this team is very strong,” Tolentino said. “I think it’s as strong as this school as had with a good core group of girls who can shoot decently and have experience with competitive golf.”

Before the the team hears a story about a rotary hole-in-one contest that happened at Deep Cliff. The spectators lined up on the sidewalk as 31 golfers competed for a million-dollar prize. After the girls soaked in the history of their course and their sport, they began to practice for a season that is already historic.