Badminton: Matadors rally as the 2015 season prepares to be served 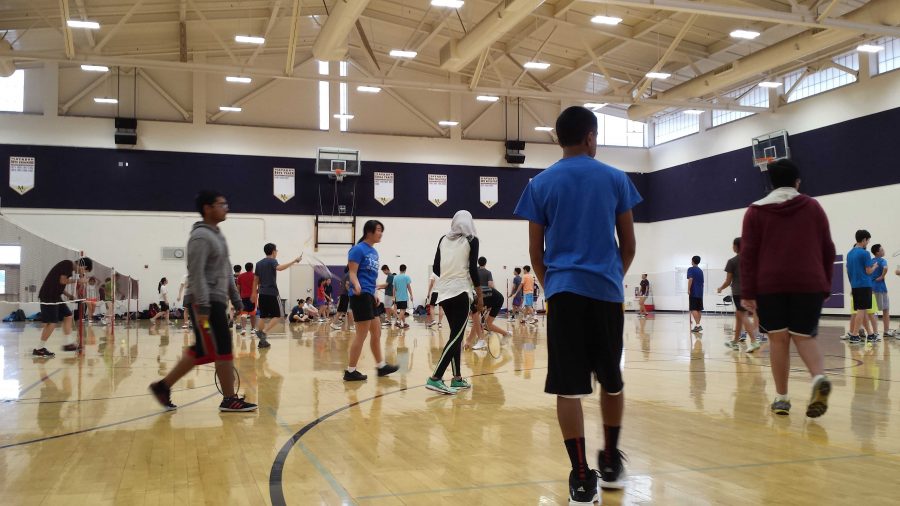 Matadors assemble in the Field House well before the practice has officially begun. The three three teams, Varsity, Junior Varsity, and backup, are more integrated this season than they have in years previous.

The Matadors are champions when it comes to badminton.

Since 1998, they have consistently made CCS appearances and have won nearly 15 titles across all divisions. Few schools can match MVHS legacy of driving through the ranks, and this ability will be tested once the badminton season approaches.

The team is driven. Nearly every player arrived before the practice had officially begun and a few players even rallied against a wall as they waited impatiently for the nets to be strung up. They went through their routines with jokes flying in the air while the birdies themselves could not.

It was a familiar pattern, but with one obvious change.

The team, affectionately nicknamed “Charley’s Dummies,” will be playing without veteran coach Charley Situ himself.

Situ had coached MVHS badminton team for over a decade and has led the team through multiple CCS victories before being reinstated as Saratoga High School’s new badminton coach. It is too early in the season to tell what effect this will have on the team, but it creates a unique situation compared to previous years. In the competition to seek a place in CCS, “Charley’s” Dummies” will be playing against Charley’s new team.

The new coach claims that this will not be a problem. Class of 2013 alumnus Eric Liu, a former varsity badminton player under Situ, is eager for the new season with all its challenges.

“I know our team will beat him in JV and varsity,” Liu said, “We are going to beat him because he made us this way. I know he’ll be proud when we defeat Toga.”

Although the team is composed of many returning students, Liu admits that he has not been as selective in compiling the team’s roster.

“I didn’t pick only for skill,” Liu said. “Most of the people who tried out quit when they saw the willpower and effort it took to stay on [the team]. I made the first week of conditioning very hard and by the time it was done, everyone who proved they wanted to be on the team made the team. Everyone else left.”

This decision is one of several reforms that Liu has incorporated this season. Among other changes involves the integration of the three badminton teams during practices, something that was unusual under previous coaches.

“There wasn’t much interaction between divisions before,” junior David Chen said. “Now we are more like one team. We all teach each other and we all learn.”

The next home game will be on March 19th at 3:30 p.m against Homestead High School.