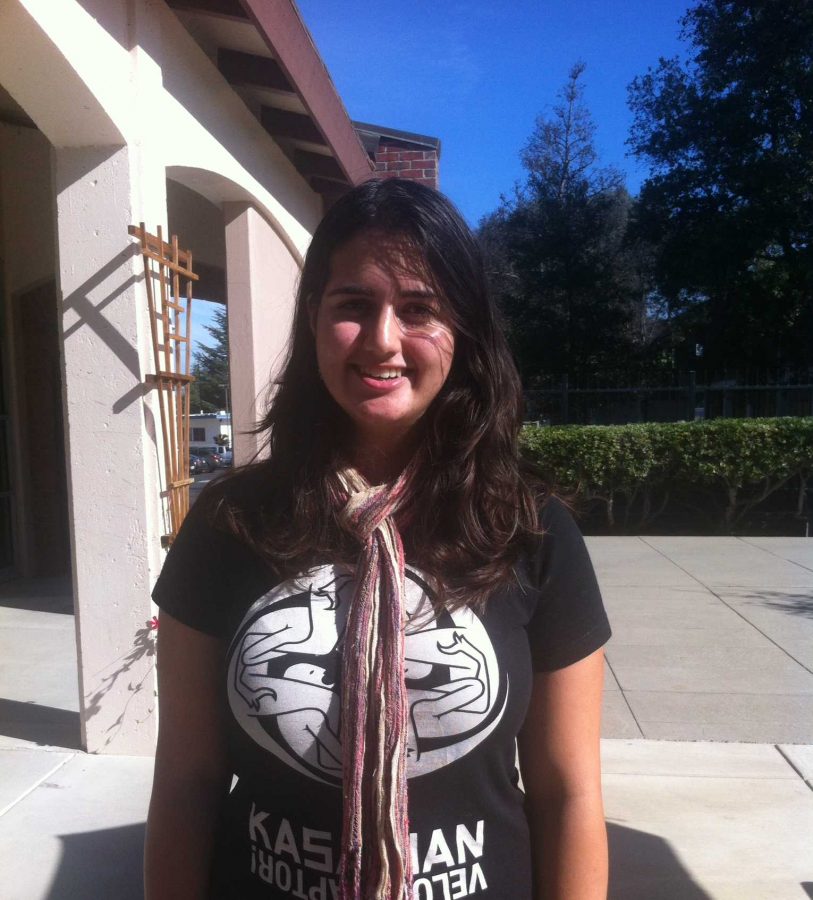 Senior Megan Chandler participates in NaNoWriMo for the fifth year.

“Writing feels like a release. If I don’t write, I [go] crazy,” Senior Megan Chandler said, an avid participant of NaNoWriMo since her middle school years. “There are so many ideas bouncing around my head.”

NaNoWriMo, which stands for National November Writing Month, is an annual international event in which writers from all around the world, amateur or professional, try to complete the task of finishing a novel of 50,000 words in 30 days.

Chandler’s stories often revolve around fantasy and adventure. While the first draft is always rough, she goes through a heavy editing process, during which she often decides to drop major characters, or introduce a twist in the plot line.

“There’s no pressure for good writing,” Chandler said. “But there is a pressure to do something, and the more you push yourself to write, the better your stories become. Quantity begets quality.”

The Initial Drive
In eighth grade, Chandler stumbled upon some videos by YouTube star Christina Horner, in which she spoke about embarking upon the NaNoWriMo challenge.

Inspired, Chandler later attended the NaNoWriMo summer session in July of that year to prepare for the challenge in November.

Writing 50,000 words in 30 days is certainly a daunting task, but Chandler takes advantage of her free periods, where she can usually get in 1,000 words in under one hour. To make sure she doesn’t get distracted, Chandler relies on a computer app called “Write or Die.”

“If you continuously write without stopping, the app will mimic the sound of a calming ocean. If you switch the app into ‘“kamikaze”’ mode, and you stop writing for a period of time, all your writing will be erased,” Chandler said. “Honestly, I work better under pressure.”

At the end of each November, Chandler emerges with a new novel. However, she says that she writes for herself, not for others, and is not looking to get published.

While starting the novel is the hardest part for her, Chandler acknowledges that the more she writes, the easier it becomes for her to maintain momentum. Constantly writing during the span of NaNoWriMo, she stays immersed in the world of her novel, which decreases the chances of plot or character inconsistency.

Chandler chooses to write on various topics that all connect in some way, with common underlying themes of romance, fantasy adventure, demon-hunting, and comedy.

Beyond the Writing
Some of Chandler’s favorite authors include many Young Adult novelists such as John Green, Maureen Johnson and Lina Bray. Although she admires their writing styles, she consciously tries to stay away from imitating their style in an effort to develop her own unique voice.

Also heavily involved in the Drama department, Chandler finds it difficult to balance writing, extracurriculars, and schoolwork. November, the month for NaNoWriMo is an exception.

“I really like writing, but it’s hard to find time for it,” Chandler said. “Nanowrimo makes writing a priority. We create a lot of content and make a lot of progress in the little time we have.”