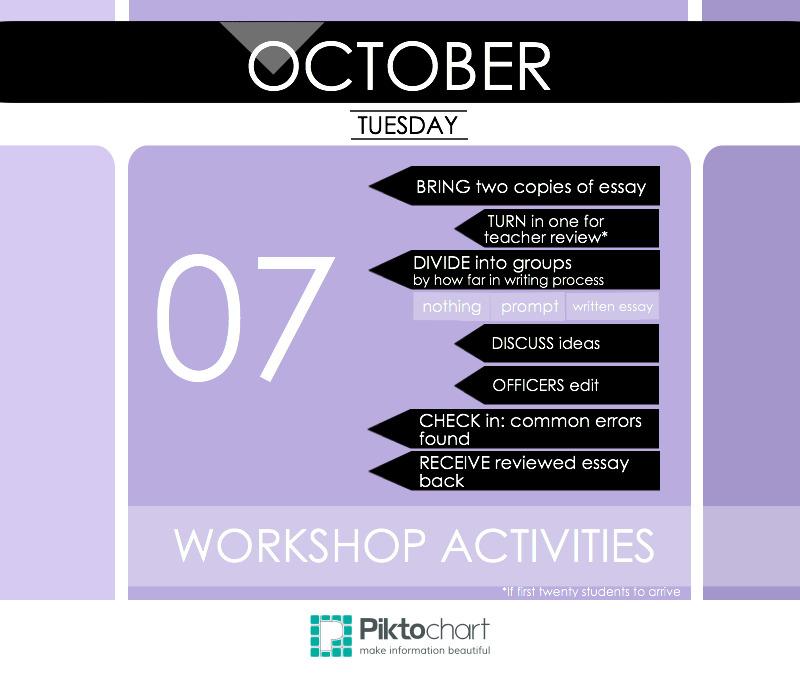 Caitlyn Tjong
nglish clubs La Pluma and National English Honors Society held an officer meeting on Sept. 15 to further develop ideas on a college essay workshop tailored for all students in the application process. The workshop is to be hosted after school in C210 on Tuesday, Oct.7, a month before the expected “stress and breakdown” phase for college applications, the time when the final letters are signed and sealed and desperate prayers said and sent.

For a five dollar entrance fee, La Pluma and NEHS officers will read the essays of participating students and offer personalized feedback and guidance in an attempt to reflect the personal nature of college essays. The primary emphasis in editing, according to La Pluma’s president senior Samantha Shieh, will be on how each individual feels about his or her piece.

“If you try to force-feed methods to someone, it’s not going to work out,” NEHS secretary junior Meredith Young-Ng said. “[College essays aren’t] one size fits all: They’re about being yourself.”

The essays of the first 20 students to arrive will be reviewed and edited by English teachers Matt Brashears or David Clarke, the advisors of the literary clubs. With the involvement of teachers that participate in the district’s essay workshop, the officers hope for a higher attendance than that of two years past, when La Pluma hosted a workshop and merely 30 students turned up, leaving rows of seats empty. However, Shieh is optimistic that a workshop for college essays will appeal to the majority of seniors, particularly as similar services are provided by the district for $135. She remains confident that it will become the first in a line of recurring workshops that would encourage participation in literary clubs and allow those who are passionate about English to find a home.

As for NEHS, the college essay workshop is an opportunity to expand from the previous focus upon being a book club and yet not tread on the toes of its fellow La Pluma in the search for the club’s own identity, according to NEHS vice president senior Ann Fu.

“Last year we were busy figuring out who we are,” Fu said. “Now the workshop will introduce the new direction we are going into.”