Girls volleyball looks to bounce back from last season 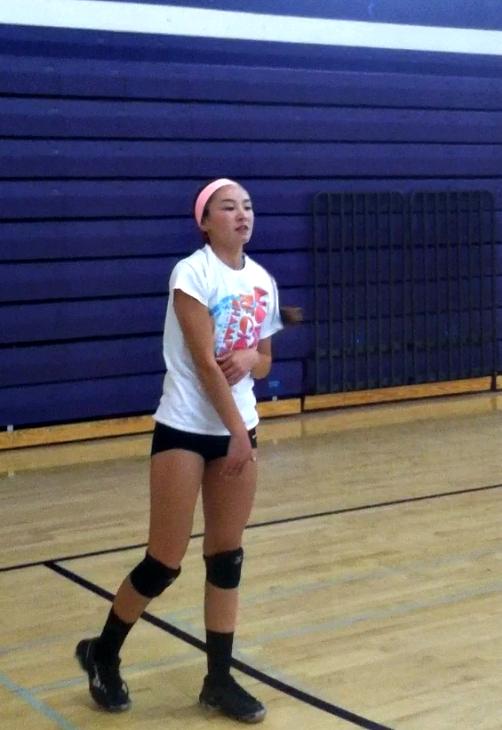 Junior Sydney Howard practices her serves in preparation for the upcoming season.

Last season, Girls Volleyball had a tough time in the De Anza league. The team had a lot of new players and this inexperience led to many close losses and a disappointing season record. This year, the team is without two four-year starters, but many returning players are optimistic.

Junior Sydney Howard, who has been on the varsity team since her freshman year, is confident about the success of the team in the upcoming season.

“I feel like our team will be really cohesive and get along really well,” Howard said. “We have a lot of experienced players and there’s been a lot more communication.”

Howard also believes that the team this year, with its new focus on defense, is more well-rounded than the previous year. This change stems from a strong, returning core as well as some promising new players in sophomores Amanda Hua and Ellie Cary.

“We haven’t really played all together before because there’s a lot of new players,” Pollek said. But I’m confident that our team will be able to come together and be very competitive.”

Although the players are confident, it will still be a season with many challenges. The team is trying to recover from their worst season in eight years with a relatively new team. Even so, coach Colin Anderson holds very high expectations.

“We have a good chance to be in the top four in our league,” Anderson said. “I expect us to make CCS and hope that we can finally get out of the second round this year.”

Whatever their expectations are, every member of the team is hoping to bounce back from last season and are ready to face the challenges of a new season.

“It should be a fun, exciting season with a lot of great players,” Anderson said.

Tryouts finish on August 22 and the final team will be made public on August 25.Their first match will be Sept. 9 against Lynbrook High School.