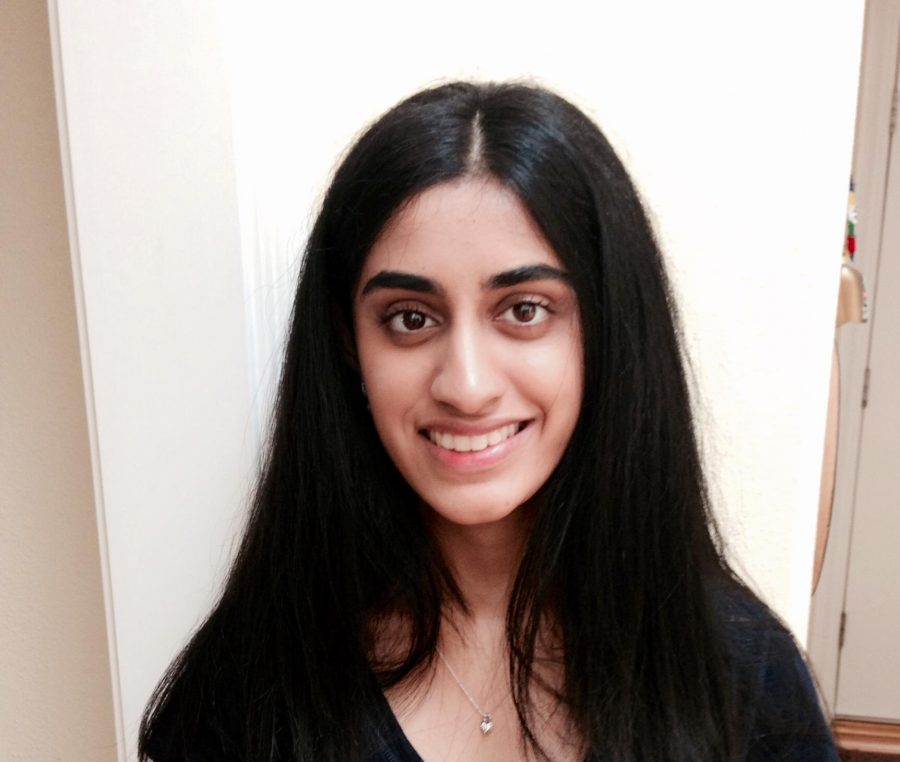 Used with permission from Namita Sherlekar.

Through the years of high school, students often discover that friendship is an invaluable aspect of their MVHS journey. As the 2014-2015 school year commences, students reflect on making their very first friend in high school.

For senior Namita Sherlekar, making a new friend in high school marked a significant change in her personality. Before attending MVHS, Sherlekar would rarely approach or speak to someone with whom she was not familiar.

“I had never really been outgoing, and I wouldn’t try to randomly make a friend,” Sherlekar said. “Usually, I was only talkative with my really close friends and family.”

As she entered her first high school class, however, Sherlekar attempted something on a whim. She decided to walk toward a new girl, whom she had never met before, and sat down beside her.

“My best friend had just moved to India, and I hadn’t seen her for two years. I met Aishwarya Sankar, and I just figured I would try to make friends with her,” Sherlekar said.

Sherlekar thought of high school as a milestone event, a fitting time to try something different. It was also her opportunity to develop a more social disposition. Soon, she realized that talking to new people cultivated a sense of intimacy and encouraged a passion for seeking more friends.

Being able to overcome her formerly withdrawn persona not only leaves an indelible memory for Sherlekar, but also serves as a hopeful pointer for the future.

“It makes me feel hopeful that I am still friends with her,” Sherlekar said. “It makes me think that even after high school ends and I’m in college, I can still be friends with the people around me now.”

Senior Akshara Sundararajan underwent a different experience her first day of MVHS. In November of her junior year, she travelled thousands of miles from her former home in Massachusetts to California. As a new student, Sundararajan not only needed to acclimate to the different school environment but also to the cultural change of the west coast.

“This is definitely really different from where I used to live,” Sundararajan said. “My old school was much much smaller in population. It had only approximately 700 students. I also noticed the competition and diversity here.”

Sundararajan was overwhelmed with nostalgia and longing for home as she walked on the unfamiliar MVHS campus her first day as a student. The only class she was looking forward to was choir.

“I remember my first class [at MVHS] was Bella Voce — the one class I knew I could fit in,” Sundararajan said. “When I first came, I didn’t know how I could be a part of such a big school family.”

Fortunately, choir not only rendered her a sense of ease but also led to her first friend at MVHS.

“The first person I actually met and talked to was Ketaki [Malaviya] in my choir class. She walked up to me and introduced herself,” Sundararajan said. “Afterward, she was always there to help me during the beginning weeks.”

For Sundararajan, a first friend gave her the first feeling of being at home once again.