Rise from the rankings: The evolution of the relationship between consumer and advertiser 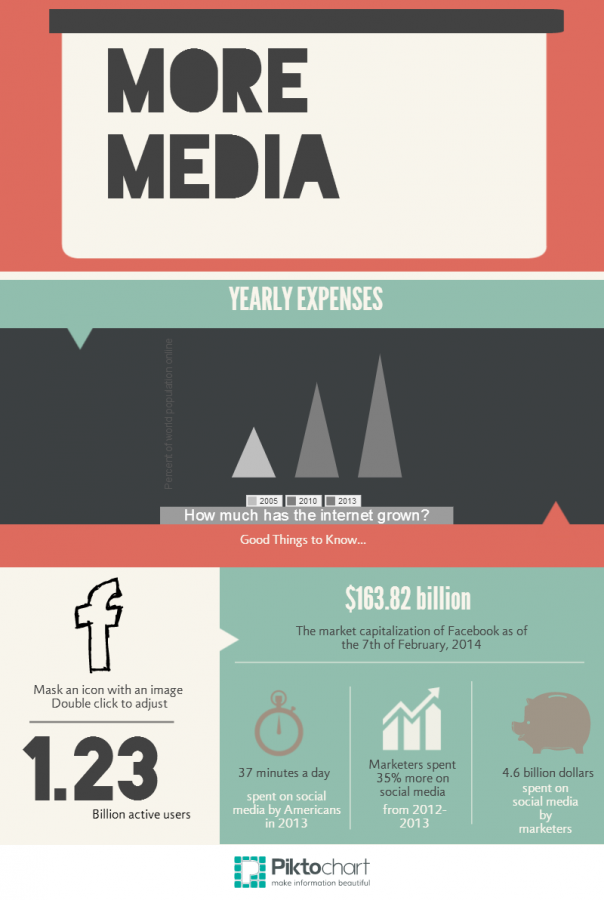 Social studies teacher Viviana Montoya-Hernandez’s online shopping routine is fairly straightforward. She begins at the crossroads of the Internet: Google. She never starts with a blank slate, instead visualizing her desired product along with its price range before hitting the search bar. From cart to checkout, she uses at least two independent review sites. Making sure to read both the praising and disparaging reviews, Montoya-Hernandez decides then whether or not to purchase the product. She wouldn’t buy something she hadn’t set out to purchase prior. She won’t window shop. She won’t make her decision based solely off of the number of reviews or their numerical ratings. She has a well-defined process.

Montoya-Hernandez doesn’t deride the expansion of modern marketing and online retail as an alarming distraction; she sees it as a convenience.

“I have way more access to information,” she said. “If we’re talking about shopping before the Internet, it’s a whole different animal because everything was by word of mouth. During this time, I would imagine being more nervous about buying high-priced items because I didn’t have such ready access to information.”

Montoya-Hernandez also views the process as inevitable, saying that since the 1990s, consumers have become far more aware of advertising and have therefore become averse to the more direct and traditional sort. Advertisers have had to evolve in response.
Marketers have taken up this necessity with readiness, taking care not only to make their advertising seem less intrusive and more inviting but also leveraging the connections of their demographic to expand their own reach, exponentially increasing exposure. Super Bowl advertisements serve as prime examples of this. Companies spend lavishly to promote their products as enticing experiences in order to get them trending on social media, a gateway to handsome returns on investment.

Business and marketing teacher Carl Schmidt asserts that the above phenomenon represents the sole purpose of a social network like Facebook, which uses an individual’s data and connections to deliver targeted ads that transcend the limits of advertising in the past. The new social media ads target individuals, making them far more intuitive and successful. However, the catalyst behind such efficacy cannot be procured without controversy: the dissemination of personal data with little notice.

While Facebook does offer certain privacy settings, few keep a close eye on them and corporations still have multiple avenues around them according to Schmidt. Your name, birthday, sex, search history, contacts, posts and photos are dissected, analyzed and then sold to other corporations, which in turn market products to you. Individuals have an innate desire to fit in a community, says Schmidt, which is why they’ll generally acquiesce to being profiled en masse.

“Many people are aware and willing to surrender their data,” Schmidt said.

The situation is ostensibly a win-win, with business benefiting from higher returns from advertising while customers enjoy the ability to connect with friends but also to be sold to, which Schmidt calls an addictive feedback loop.
“Its a great time to be in marketing,” Schmidt said.“The potential is infinite.”
Sid Girkar, FBLA Vice President of Internal Operations, shares a similar though more cautious view. Girkar warns that corporations may possibly misuse customer data, pawning it off to other business with little transparency. Customers should understand the tools that amplify modern marketing’s efficacy, namely the dissemination of personal data. Girkar continues to assert that an informed customer would not be a slave to the facts and will seek independent evaluation and tactile experience of a product rather than buying it based on recommendation via social media alone. He believes that this new marketing has the potential to improve the product landscape.

“Corporations often ask for our preferences and desires on how to improve their products, and we hand over these thoughts in the interest of getting the best product possible.” Girkar said, “It then follows that the biggest benefit of corporations holding customer data and desires is that… corporations will inevitably create a better product that makes us happier.”