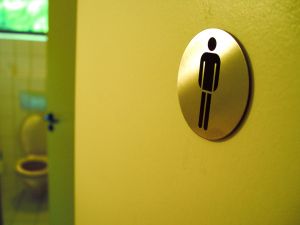 California’s newly-passed transgender bathroom bill requires public K-12 schools to allow transgender students to use bathrooms and participate in athletics based on gender identity. Despite complaints that the bill will infringe on rights to privacy and modesty, the bill’s monumental push for social equality is more important. Photo by sxc.hu user pipp.

California approved a bill dubbed the “transgender bathroom bill” in July requiring that public K-12 schools allow transgender students to use school restrooms and participate in athletics based on their own gender identities. Following the passage of this bill, members of the California legislature and school districts across the state have expressed outrage, asserting that the bill infringes upon modesty and privacy by allowing transgender students to use sex-segregated facilities. Recently, the group “Privacy for All Students”. announced it has gathered enough signatures to pass a ballot initiative to repeal the law. If the number of signatures is confirmed by government officials, the ballot initiative will pass and California voters will be able to vote on whether to repeal the bill. If the bill is not repealed, it will go into effect in January.

The debate concerning the repeal of the transgender bathroom bill depicts a classic struggle between the privileged and the persecuted: long-ignored and suppressed voices are being drowned out by the constant need of the privileged to maintain skewed social norms with themselves atop the social hierarchy.

In considering legislation over controversial social issues such as transgender students participating in sex-restricted activities, we must accept that no solution will please everyone. We must, then, consider the arguments presented by both sides and select the lesser of two evils.

To transgender students, the bill represents a step towards equality. It has the potential to help mitigate decades of bullying towards transgender students by giving them more options when it comes to sex-segregated facilities, and allows students to freely act in accordance with their own identity.

On the other hand, opponents of the transgender bathroom bill claim that it would infringe upon the rights of another select group of people. The description of the Privacy for All Students Facebook page reads “There is no protection for students that object to sharing bathrooms, showers, and locker rooms with students of the opposite sex.”

Having established the views of both sides, we must now consider which protection is more important: the increased physical and emotional safety of a long-oppressed and discriminated-against minority, or the continued comfort of a majority unaccustomed to true social equality.

When looked at from this perspective, the choice is clear. In passing the transgender bathroom bill, California will become the first state to require public K-12 schools to allow students to participate in sectors of sex-segregated activities of their own choosing. We should remain ahead of the curve in this push towards social equality and allow the bill to come into effect — not mollycoddle the privileged who want a skewed system to stay in place because it benefits their own comfort.