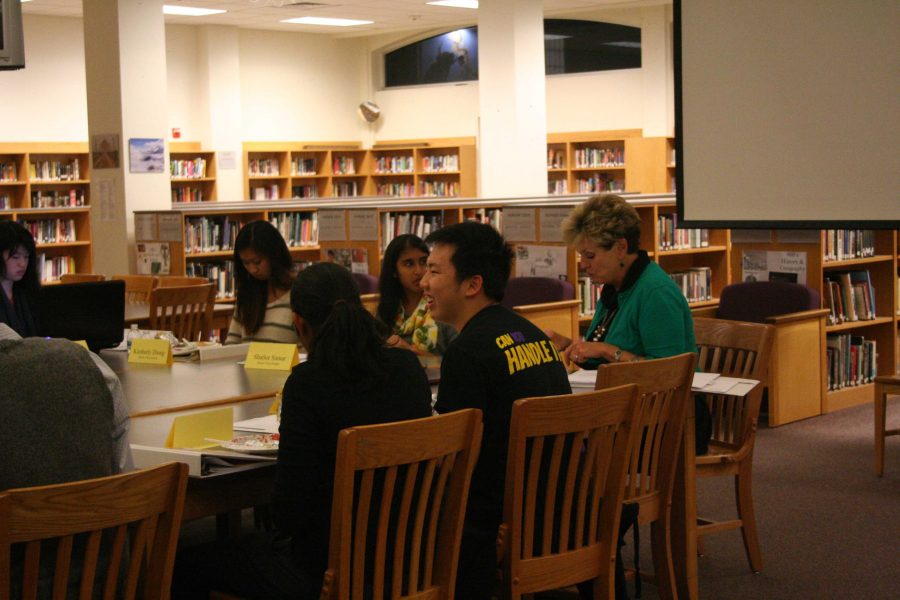 School Site Council is a monthly meeting where four students, four parents, four teachers, two administrators and one ASB representative meet together to discuss troubling issues on campus and negotiate school funding. This month’s meeting was held on Nov. 7. Here is a recap of the major points the school site council discussed:

Several teachers including Terry Yu, Matt Brashears and Maria Autran each spent money to participate in various programs where they were able to communicate with other teachers in their subject in the state and receive information that they could then apply to their own teaching methods. During the school site council’s last meeting, the council members agreed to spend $3000 on releasing teachers for such teaching programs after teachers including spanish teacher Maria Autran send a two-page letter to admin explaining the great benefit of the program she attended to prepare for the new AP Spanish testing changes.

MVHS spend $165 for Autran to participate in the 2013 AP Spanish Summer held at Stanford University on Oct. 28.

ASB vice-president Leon Chen covered several past events as well as upcoming ones by elaborated on a list of events that was previously prepared for the meeting. Chen explains the following in his portion of the meeting:

1. The Helmet Game Pep Rally that was held on Oct. 18 synonym for “pepped up” the crowd for the annual football game against Cupertino High School for the Helmet Award that MVHS has won for the past ten years. The students were also encouraged to wear pink to support the breast cancer awareness during the game.

2. Blue Pearl, which was held on Nov. 15 this year, would keep its annual 1920’s Great Gatsby-style theme. IDC Fantactics, the interdistrict rally that MVHS won last year, will be held on Nov. 22 and will feature performances by the school mascots as usual.

Assistant principal Michael Hicks came as a guest to the Council to present the new safety plan for possible disasters and injuries. The goals for 2013 include creating responsibilities for each of team composed of the council members, practicing assembling as a team during an evacuation drill and updating fire evacuation routes.

Previously that day, Hicks spoke with the Crisis Intervention Team composed of various MVHS teachers which is in charge of reducing distress among students and staff during a crisis. The team is composed of several school psychologists.

According to Hicks, the Santa Clara County Sheriff praised MVHS’s performance during the code red drill on Oct. 10. The department even suggested that Saratoga High School should contact MVHS for advice to its procedure.

Scott explained to the council the newly released information on the new Common Core standardized annual test that encourages students to think critically during testing rather than following the multiple choice format. The new, computerized test will be taken on April 7 by the junior class. The test will be on either Algebra 2 or English; the final decision will be made later in the year.

Scott explained that the juniors will have a lot on their plate this year because they are also required to take the Early Assessment Program exam, college readiness test for seniors, and most of the students have AP tests after Spring Break. Government teacher Ben Recktenwald pointed out that the federal government is withholding three million dollars from MVHS unless the school releases the EAP scores, forcing them to conduct the tests even if it puts a toll on the juniors.

According to Scott, resources are also an issue because only 63 computers are available in the library; therefore, it may take a great amount of time to conduct the test for everyone in the class.

In 2015, freshmen and sophomores will take a revised version of the test based on current juniors’ responses. The test will assess math, English, social science and science as well as a students’ ability to use technology, such as being able to highlight a sentence.

The School Site Council ended its meeting with more questions than answers but decided to continue their conversation next month on Dec. 5 to come to a consensus on outstanding topics.