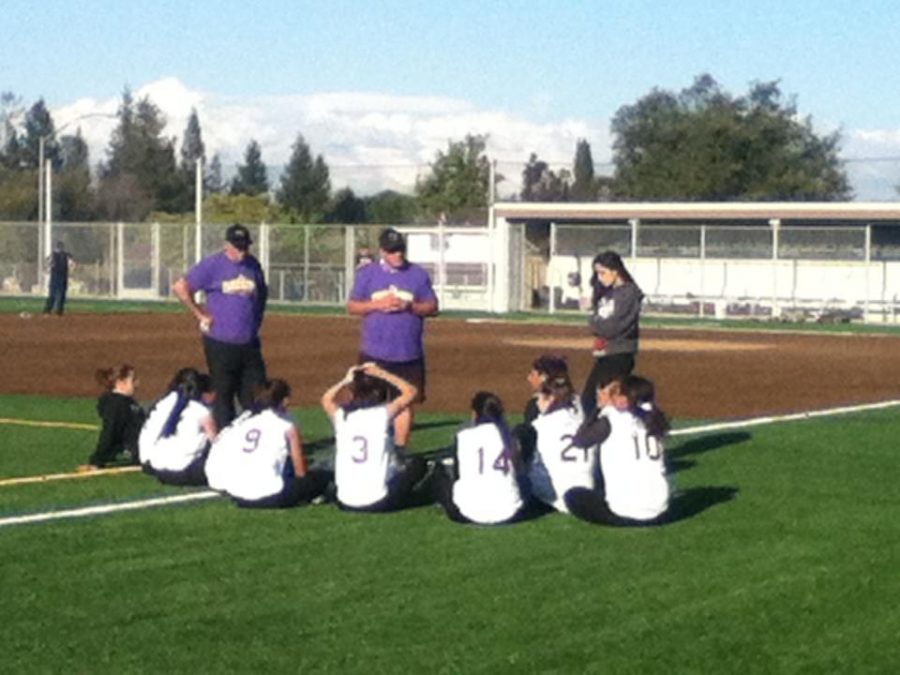 The lady Matadors have extended their winning streak to two games, beating the Palo Alto Vikings on March 28. A strong outing from pitcher sophomore Tamanna Ahluwalia and solid hitting at key moments throughout the game helped to keep the game close.

The Matadors scored three runs in the bottom of the first and taking an early 3-0 lead, thanks to multiple errors by the visiting Vikings. Though defense remained generally strong, MVHS’ offensive production slowed down and the Vikings were able to crawl back into the game. After the fourth inning, they only trailed MVHS by one run.

MVHS was able to minimize costly errors, with the exception of a series of overthrown pitches which allowed Palo Alto to tie, and then take the lead in the top of the fifth inning. The Matadors responded by tying up the game in the bottom of the fifth with a single up the middle from senior Kylie Page.

MVHS had a chance to score the go-ahead run in the bottom of the sixth when senior Carissa Chan got on base and advanced to third, but sophomores Kylie Constant and Janaye Sakkas and senior Nikita Agarwal were unable to bring her home. The Matadors held off the Vikings for the top of the next inning with solid defense and pitching, then went into the bottom looking for a walk-off.

Freshman Marissa Lee started it off with a single; senior Kalani Seaver and Ahluwalia then moved her to third with a sacrifice bunt and a groundout respectively. With two outs, it appeared as if the game might go into extra innings, but Page’s ground ball was fumbled and overthrown by the PAHS shortstop to allow Lee to score and give the Matadors the win.

After the game, head coach Ray Teixeira explained that he saw an increase in consistency from the team.

“We actually executed the small game,” Teixeira said. “We want to move runners over into scoring position and we came up with the key hits. That’s the name of the game.“

The girls softball team’s next game will be on April 2 on the road, against Los Gatos High School.