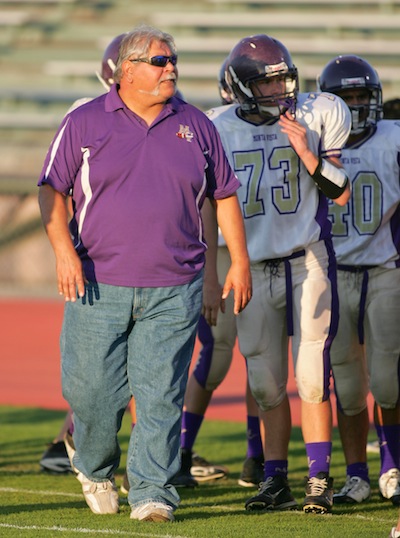 One of the school’s longest-standing staff members, Campus Supervisor Ruben Delgado died of a heart attack the evening of Saturday, March 23.

Delgado worked at the school since 1997 and was a familiar, friendly presence on campus. Known to many students as simply “Ruben,” Delgado often watched over the Rally Court during brunch and lunch. He was also the offensive line coach for JV football from 2010 to 2012.

“He helped me [get through] a lot, especially sophomore year,” varsity football player senior Robert Foreman said. “He took the time to help you learn without getting angry and he tried to get the best out of you, which always felt good … He genuinely cared for his players.”

Principal April Scott and Dean of Students Mike White notified ASB and MVHS staff earlier in the afternoon of March 24, by email. An email was also sent to the school athletics community by Athletic Boosters.

Leadership is in the process of planning a memorial for Delgado that will take place later this week. Among other dedications, they are considering having students write letters in remembrance of Delgado, which will be sent to his family.