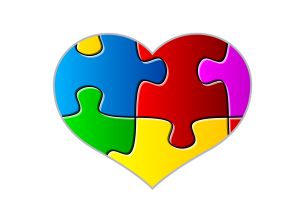 ‘Monta Vista Compliments’ was started by two MVHS students in early January 2013. The page aims to foster gratitude through the publication of anonymous compliments. Source: sxc.hu

“The whole point of this page is to let students know that it doesn’t matter who it is, but that there is someone out there who cares about you and respects the positive impact that you’ve made on their life,” an MV Compliments student administrator said. “Likewise, no one knows me as the one who started this page, but that doesn’t matter.”

“As a freshman I didn’t think anyone would take the time to recognize me on campus,” Sharma said. “I was also new to Facebook when I received the compliment so I wanted to send a compliment to someone I admired on campus as well … at a school like MVHS, where students are competitive and judgemental, this page does make a positive difference.”

Inspired by similar compliments pages initiated by neighboring high schools such as Cupertino High School, Lynbrook High School, Harker and De Anza College, the creators of Monta Vista Compliments wanted to popularize a page where students could express their gratitude for the people in their lives. Along with promoting positive energy among peers at a competitive school, Monta Vista Compliments also attempts to directly counter attack the cyberbullying that social networking often brings.

Although the administrators of the page acknowledge that they can not reach out to every single student in the student body, they hope to inspire students to show gratitude.

“Our page is solely for positive comments that students would otherwise feel awkward to express face to face,” the co-administrator of the page said. “We as a school need to appreciate each other and in turn, show our support for anti-bullying efforts.”