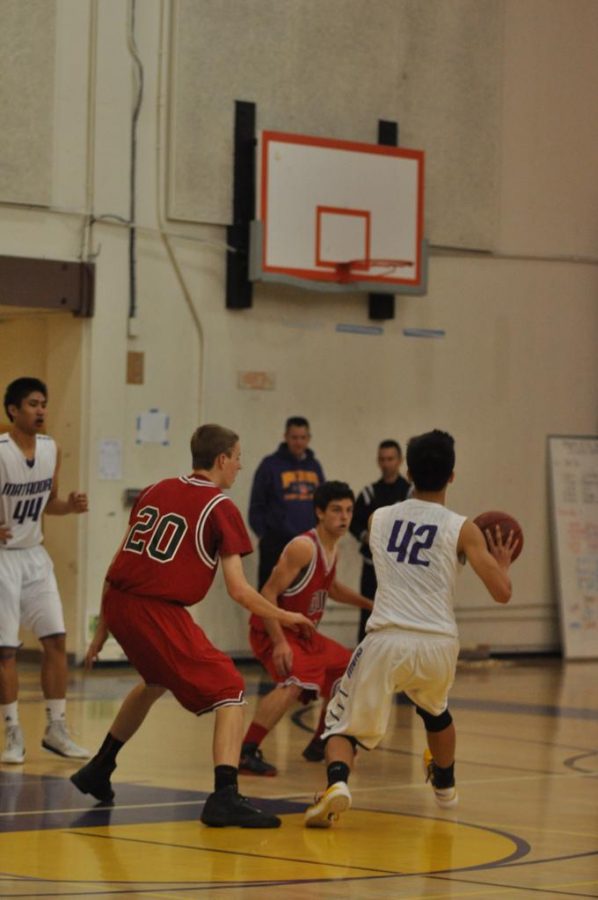 Having lost three of their last four games, MVHS has been stuck in a dry spell for the past two weeks. However, the Matadors were able to bounce back in their Jan. 25 game against Gunn High School, as MVHS won 62-36 pulling them one game below .500.

From the very beginning, MVHS was able to find holes in the Titans’ undersized defense.

“We had size on them,” head coach Clay Stiver noted after the game. “We wanted to go low on them every time.”

MVHS’ two biggest players were the beneficiaries of this strategy. Senior David Lai scored 13 points and junior Ramana Keerthi recorded a double-double, with 14 points and 16 rebounds.

Post game, Keerthi credited the team’s effort for the Matador victory. “Last time we only beat them by one point,” Keerthi said. “But this time we played with intensity.”

The last time these two teams played, on Jan. 4, the game came down to the wire and MVHS hit the game-winning shot to win 53-52.

From the very beginning, it was evident that this game would not be nearly as close.

Lai stepped into the spotlight during the latter part of the first half by scoring nine points in the second quarter alone. His early three-pointer put MVHS up by 18 and later, Lai converted an alley-oop to give the Matadors a 22 point lead, their biggest of the half. Junior Adi Raju ended the first half on a high note by sinking a three-pointer at the buzzer to give MVHs a 35-15 lead going into halftime.

From there, MVHS was able to coast to the finish line. In the third quarter, Keerthi completed his double-double by grabbing his tenth rebound early in the second half. Oshima scored another three-pointer, the Matadors went on a 12-3 run and the fourth quarter began with MVHS by a convincing 27 point margin.

The only disturbance for the rest of the game was a minor injury suffered by Keerthi with 5:30 left in the game. After getting elbowed in the leg, he was taken out of the game as the crowd gave Keerthi a standing ovation for his effort. After resting on the bench, he appeared to be all right, but was not needed as the Matadors blew out the Titans by a score of 62-36.

However, one of Keerthi’s postgame observations displays how MVHS has the potential to finish out the season strong.

“We finally have a full, healthy team,” Keerthi said.